Senator and Civil Rights Lawyer
The flamboyant lawyer was a man of many firsts. In 1972 he was one of the first four blacks to graduate from the University of Alabama School of Law. Three years later, he was involved in a landmark lawsuit that changed Mobile’s government from three commissioners elected at large to members elected from seven districts. In the ’80s, he helped the family of Michael Donald, who was lynched by Ku Klux Klansmen, win a $7 million judgment.

He became the first black senator elected from Mobile County in 1996 and served as the first black president pro-tempore of the Alabama State Senate. When Figures died suddenly, his wife, Vivian, was elected to succeed him.

Publisher and Author
William Jefferson Hearin became publisher of the Mobile Press Register in 1970 and stayed for nearly three decades. During his tenure, he urged completion of the Tenn–Tom and helped bring new industries to Mobile. Emily Staples Hearin, his second wife, was an avid historic preservationist and penned “Let the Good Times Roll! Mobile’s Mardi Gras.” 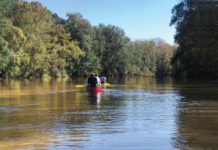