Debutante season, a time of pageantry and procession, is upon us. In the early 1890s, Col. Edward Lafayette Russell’s daughter, above, led a ball similar to those attended by today’s debs. The young Eoline Octavia Russell (1874 – 1954) presided over the occasion with the governor of Alabama, probably Thomas Goode Jones.

Col. Russell’s prominent position with the Mobile and Ohio Railroad and close ties to Gov. Jones created extraordinary opportunities for his two children, Frederick and Eoline. The Russell family took vacations in private railway cars, and they even attended the presidential inauguration of Benjamin Harrison in 1890. Visiting celebrities enjoyed lavish entertainment at the Russell family home.

After the deaths of her parents and brother, Eoline inherited the family home, which sat on the southeast corner of Government and Lawrence streets. She never married and, through a series of failed financial investments, eventually lost the entire Russell fortune. Eoline moved into a tiny house on Stanton Road. Piece by piece, she sold all the remaining family belongings.

Thanks to a generous bequest and other good fortune, visitors to the Museum of Mobile will soon be able to view some Russell heirlooms and the exquisite silver presented to Eoline’s father and stepmother. (See “Ask McGehee: I heard that the Museum of Mobile recently obtained a vast fine silver collection from a once-prominent Mobile family. Who were the original owners, and how did they acquire it?”) It’s an exhibit not to be missed! 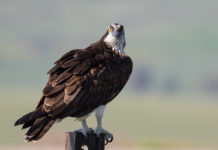 ABOUT US
Mobile Bay Magazine is the premier lifestyle magazine for Mobile and Baldwin counties. It has been in publication for more than 45 years, covering topics such as food, fashion, art, local history and events. Read more ...
FOLLOW US
© 2021 PMT Publishing