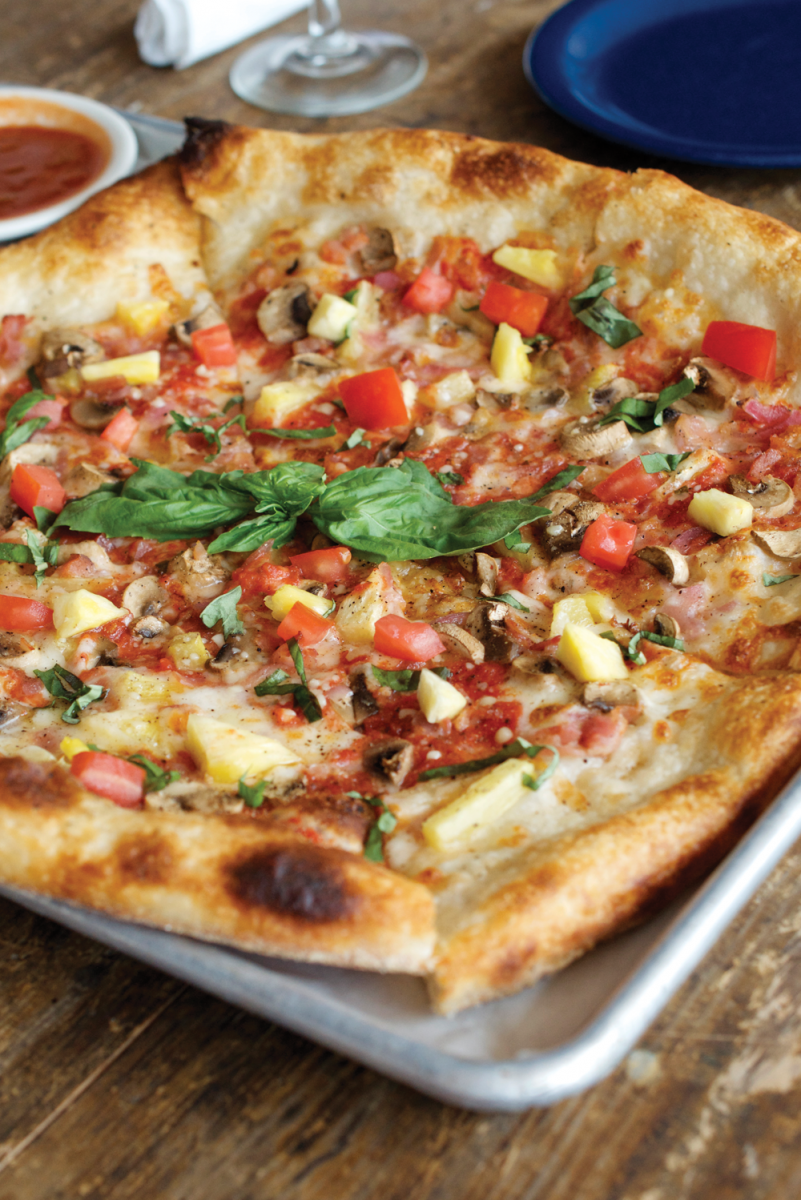 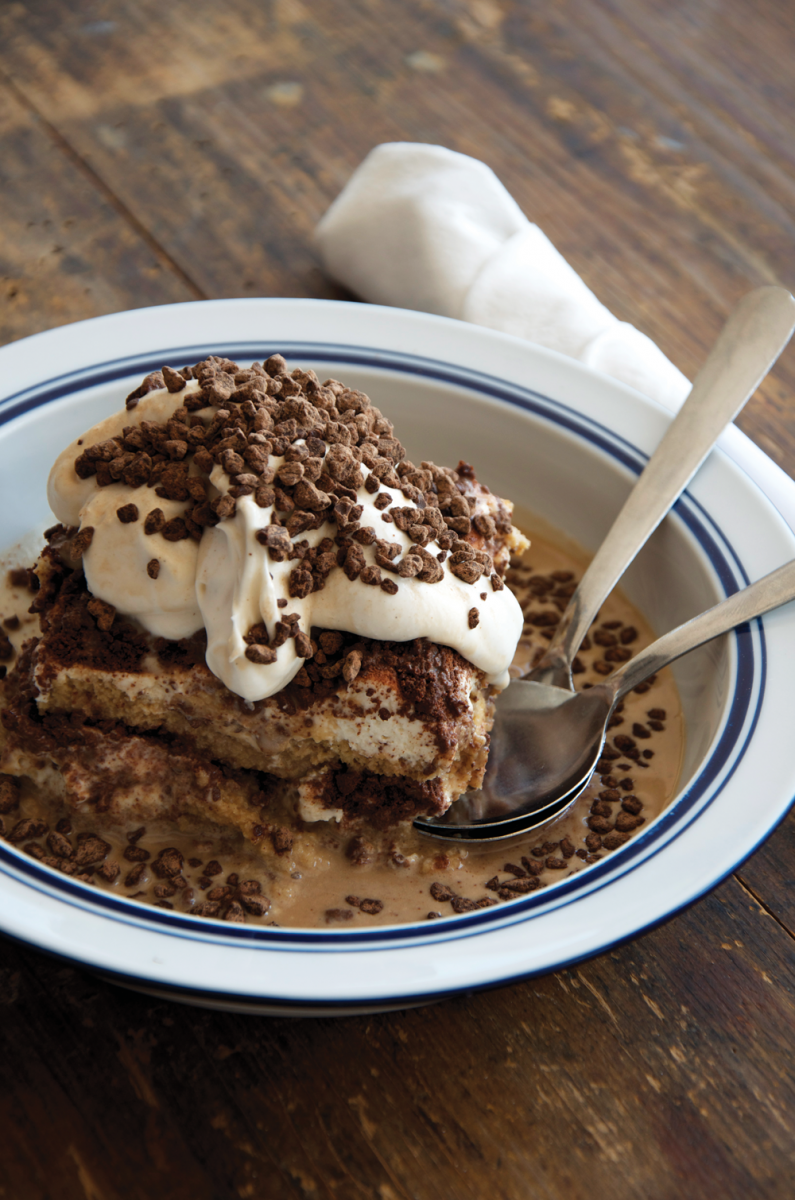 “Maui has a Little Ham” Pizza and Tiramisu

Cortlandt Inge has recently reemerged on the local cuisine scene with a new namesake eatery in Spring Hill Village shopping center at the corner of Old Shell Road and McGregor Avenue. This latest endeavor is a collaborative effort with his brother and co-owner, Sheldon Inge. The two even worked together to build the bar that runs the length of the establishment. The clever construction is fashioned out of reclaimed pine and mahogany. “The pine is from an old dance floor from Port City Rentals that many Mobilians have already kicked up their heels on, ” Cortlandt says.

He hopes to bring that same fun, friendly feel to the business.  “We decided to open a pub with a limited menu featuring artisanal pizza. This concept is a huge departure from a typical Cortlandt Inge venture, ” he says. “I wanted to create an atmosphere where people can feel comfortable on a date or after working in their yard, not just for a special occasion. We decided on this location because we have many friends and family in Spring Hill who have been loyal patrons of my previous establishments. We found they were looking for a casual place to have a cold beer, a well-crafted cocktail and a good pizza.”

The sourdough starter Cortlandt uses to make his from-scratch signature pizza dough originally came from his uncle, Donnie Smith. “It was crafted and cared for by generations of the Smith Bakery family, ” he explains. While Cortlandt says the menu and his ideas for the pub are still evolving, he has honed the offerings, aside from pizza,  to include a tasty cheese bread appetizer, soup du jour, a couple of salads — a house with a tomato-citrus vinaigrette and a classic Caesar — along with tasty tiramisu for dessert. There is a full bar, an extensive beer selection and a nicely priced wine list. Happy hour is from 3 p.m. to 7 p.m. on weekdays.

Artichoke, Mozzarella and Parmesan Cheese Bread
A quartet of thick, crisp bread wedges is capped with tangy artichoke hearts and a lavish layer of molten cheese.

Caesar Salad
Amply dressed romaine lettuce boasts a pleasing hint of anchovy and Parmesan and is surrounded by a bevy of crunchy house-made croutons. Add basil-marinated, fire-roasted bites of chicken breast to make it a meal.

“Maui has a little Ham” Pizza
Chunks of pineapple pair with salty, sliced prosciutto to make a marvelous mix of slightly sweet and savory with a satisfying amount of cheese, a scattering of Roma tomatoes and a sprinkling of basil.

Tiramisu
Ultra moist cake splashed with Kahlua, rum and Maker’s Mark is iced with a snowy dense mixture of mascarpone and whipped cream, all crowned with a hail of chocolate shavings.