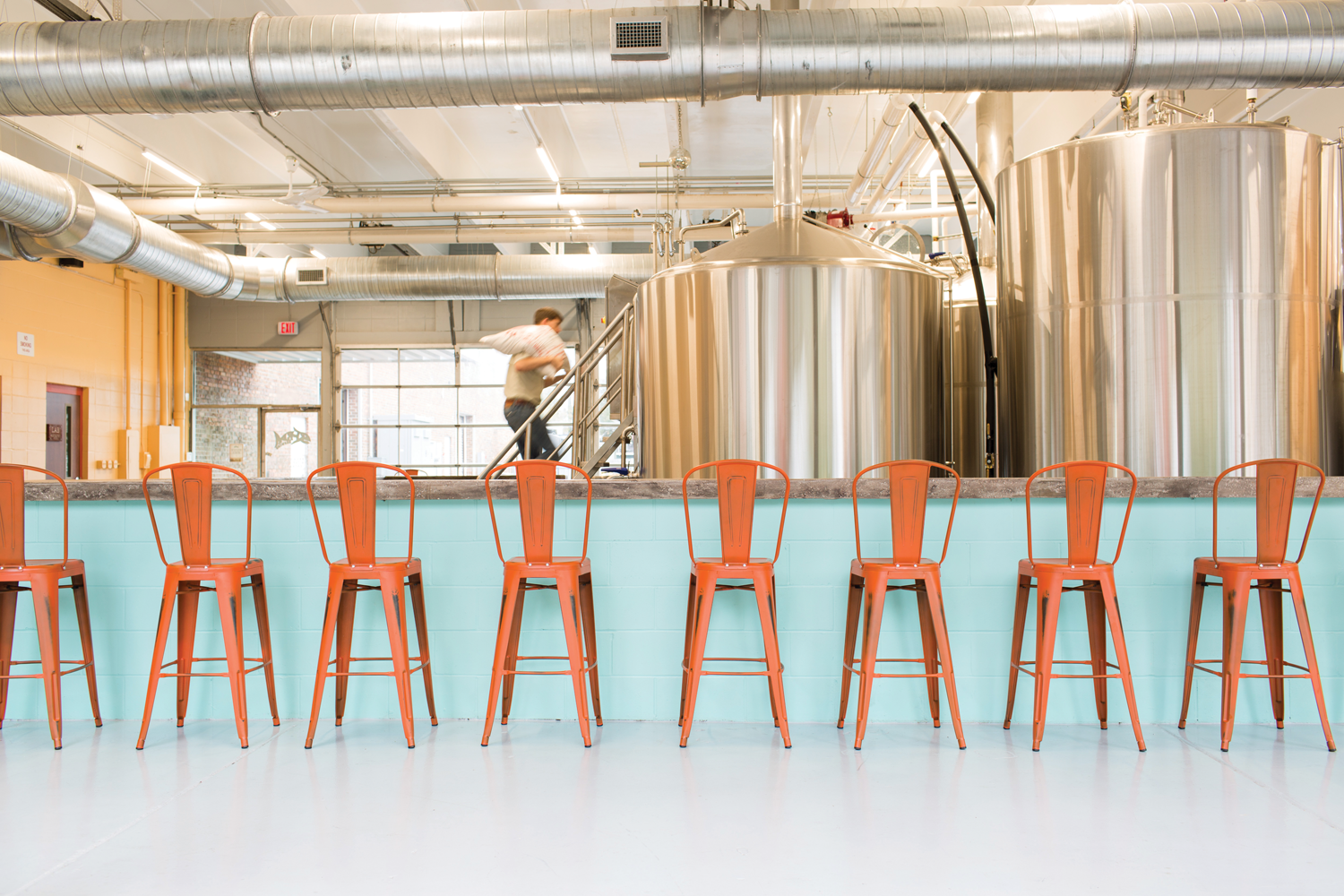 Serda has become a well-known and respected name in Mobile, at least among those who love to sit over their java and pass the time. As it turns out, roasting and brewing are not all that different, and you can now relax over a different kind of beverage under the same brand name. Serda Brewing opened its doors in the old Firestone Tires on Government Street this past Thanksgiving after a massively hip renovation and the installation of an awful lot of brewing equipment.

John Serda made home brew in his mother’s kitchen during his high school years until the mess drove her mad and she ran him off. It turns out Serda had always wanted to brew beer, but found that coffee was, well, legal for him at the time. Decades later, he teamed up with brewmaster Todd Hicks, along with several other partners, and launched Mobile’s only brewery, the first to open its doors in years.

Historically, brewing has always been a big part of the fabric of Mobile. “We were a big brewing city in the 1800s, ” says Hicks. “But the time was right now for a microbrewery, and we knew we could get the beer out into the market.” Hicks has opened, worked for or consulted with no less than a dozen southeastern breweries over the years, including Mobile’s own Port City Brewery, a mainstay of Dauphin Street in the ‘90s. He even brought the “Free the Hops” movement to Mobile, so there is no question that Hicks knows his brew, and the four offerings he has crafted for Serda’s don’t disappoint.

While Germany might have a fine reputation for its beers, Hicks says that these days, most of the country’s beer production is mechanized and, as a result, the beer heritage has suffered. He set a goal of bringing back those German flavors through a decidedly American, hands-on craft beer approach.

Most microbreweries are set up to be ale breweries, a beer which the team describes as fast and forgiving to make. But Serda is taking a different approach. “The pilsner is the standard in lager worldwide, and no one really makes a good one, ” says Serda. “You need the right equipment to do it, and you need to take your time. It’s slow, and there’s no room for error.” So far, so good. Grab a bite from one of the constantly changing food trucks parked in the courtyard and enjoy the craft beer renaissance, Mobile-style. 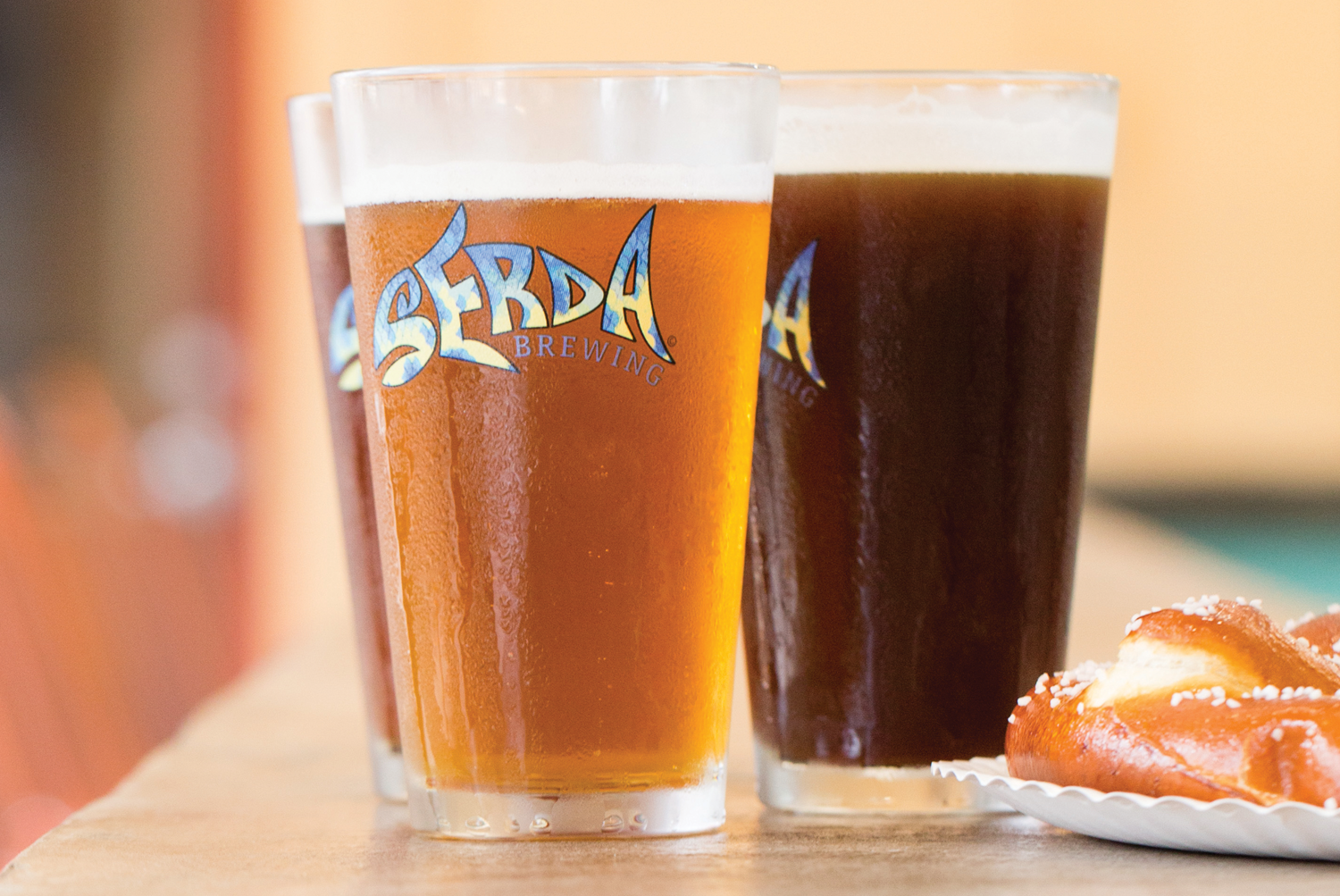 ABOVE From Left to right: Serda’s amber, IPA and Porter Options

Pilsner
Hook Line & Lager is Serda’s workhorse beer, and they put work into perfecting it for sure. Light and crisp with plenty of hops for a slightly spicy bite, this delightful beer perfectly washes down the firecracker shrimp tacos from Tin-tin’s Rock and Roll Food Truck.

Amber
The Tidewater Vienna is a smooth, malty beer with a complex flavor that even craft beer newbies love. It pairs well with just about anything, but try it with the Chicken and Waffle Sammich from Ben’s Burga Kaboose, which includes bacon, peach jam and syrup.

Porter
Serda’s dark beer offering is the unfiltered Clear Prop Porter. It is heavy and malty and lots of fun. You can’t drink too many at 8.5 percent alcohol by volumn, but we certainly enjoy one or two with the Ninja Pork Belly Slider from Good Guys Food Truck.

IPA
Serda says the IPA will “drop a hop bomb of unique citrus aromas balanced with the smooth malt base of German barley.” This beer complements The Lucille from Bleus Burger, with its wild shrooms, Swiss cheese, bacon and brioche roll slathered in truffle aioli.