The Fairhope Inn and Restaurant is back in business. The much-loved, fine dining favorite was closed for several months following a fire in August. Longtime devotees will be pleased to find that it appears almost nothing has changed. The interior of the historic cottage, circa 1899, remains both intimate and elegant and the cuisine is outstanding as always. However, owner Tyler Kean is quick to point out that while everything may seem much the same, in actuality, the fire resulted in quite a few alterations, all for the better. “We got to upgrade things. That was the silver lining – new paint, new carpet, new lighting, ” he says.

Kean says they have also “tweaked the menu” a little, adding a few new ideas but keeping the tried-and-true. Well-received additions to the offerings include the “bronzed” fish du jour and the farm-raised venison.  “There are some things we can’t change, like the classic crab cakes. I inherited the recipe when I came 12 years ago. I tried to update it and people sent me poisoned pen letters, ” he jokes. The filet mignon is another staple, as is the pineapple salmon on the lunch menu. Kean says his loyal customers simply appreciate old standards. “I have regular customers who come in once a week. They sit at the same table and order the same thing. They don’t like change.” As in the past, the menu regularly features lamb, duck and veal dishes in a variety of preparations that Kean plans to change seasonally.

The demo kitchen is another innovation that Kean says he believes everyone will enjoy. He plans to host classes, beginning March 29, and to invite guest chefs. Kean hopes to return to holding special wine dinners every couple of months as well. Brunch is served every Sunday.

Roasted Oysters
Plump bivalves are crowned with a slightly sweet, delightfully savory blend of butternut squash and sausage with roasted pecans and a dash of sage.

Roasted Beet Salad
Gloriously garnet-hued roasted beets are combined with bits of orange and Gorgonzola, all capped with a dollop of crème fraîche.

Rack of Lamb
The moist, succulent lamb, glossed with a rich, delectable demi-glace and mint pesto, is served atop pearly Israeli couscous.

Caramelized Banana Crepes
A nifty twist on bananas Foster, a tender crepe is filled with mascarpone and topped with warm, carmelized bananas with a lick of Frangelico and a scattering of candied pecans. 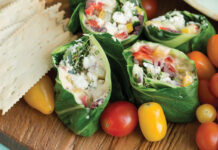 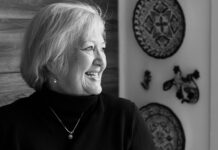 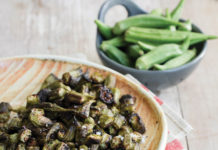 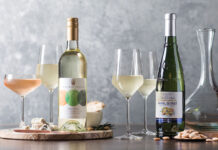 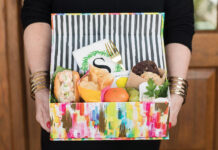 Serve it in Style