It was the kind of scene a cub reporter doesn’t soon forget, the front of the house caved in by a bomb and its owner standing calmly in the yard, a Band-Aid above one eye, speaking to one or two city officials who had come that morning to offer their condolences. John LeFlore (1903 – 1976), Mobile’s most prominent civil rights leader, had been working the night before, on June 27, 1967, at the manual typewriter he kept in the kitchen. It was his weapon of choice in a crusade for justice going back at least to 1925.

Around midnight, he went to bed and was sleeping soundly at 1:33 a.m. when a powerful explosion ripped through the house. He thought at first it might be the air conditioner in the living room but realized immediately it was something much worse. This was neither the first nor last attempt on his life. In 1969, a bomb on his front porch failed to explode, and five years before that a gunman had fired shots into his home. This time it was close. The night before the bombing, LeFlore had worked at his typewriter until two in the morning. If that had been the case on June 27, almost certainly LeFlore would have died.

As a young reporter covering the scene, I remember the eerie morning silence, a few hushed murmurs between LeFlore and a small group of well-wishers, and the horrifying damage to the five-room house at 1504 Chatague Avenue. But the most unforgettable thing was the stoic composure of LeFlore himself. He had seen a lot since 1925, when he began his personal quest for civil rights, and I was struck that morning by his quiet, almost matter-of-fact affirmation that there was still a lot of work to be done.

He had been inspired to take a stand sometime early in the 1920s, when he was riding one evening on a Mobile trolley  —  a Black teenager minding his own business  —  and a surly white man demanded his seat. The two of them argued, then began to scuffle. When the police were called, LeFlore was arrested, and the white man went free. Affronted by the patent injustice, LeFlore vowed that he would be the one to set things right. In 1925, he set out to revitalize Mobile’s chapter of the NAACP. For the next 50 years, under the auspices of that organization and later that of Mobile’s Non-Partisan Voters League, he worked every day for the cause of civil rights.

Armed with a typewriter, LeFlore documented lynchings, demanded equal access by African-Americans to the wartime industries springing up in Mobile, protested mistreatment of Blacks on city buses, and most importantly, crusaded for greater access to the ballot. He found a cautious white ally in Joseph Langan, who, as a state legislator in the 1940s, staunchly opposed a constitutional amendment to make it harder for African-Americans in Alabama to vote.

Later, as a city commissioner, Langan worked with LeFlore to address the most obvious examples of segregation  —  the buses, the public library, the police  —  and Mobile developed a reputation in the South as a place of racial moderation. But by the 1960s, more militant African-Americans were becoming impatient with what they saw as the slow rate of progress. Supporters of an organization called NOW (Neighborhood Organized Workers) blamed the gradualism on LeFlore and embarked on a path of boycotts and demonstrations. Some called LeFlore an Uncle Tom. There were even rumors that the perpetrator of the 1967 bombing may have been Black. No one, Black or white, was ever charged.

Despite the attempt on his life and continuing opposition from conservative whites  —  and now from more radicalized African-Americans  —  LeFlore kept pushing. In 1975, only a few months before his death from a heart attack, he worked with longtime activist ally Wiley Bolden on what became perhaps the most lasting legacy of the Mobile movement: a lawsuit demanding a more representative city government. Until then, Mobile’s three-person city commission, which was elected at large, had been all white. LeFlore and Bolden, who became lead plaintiffs in the case, argued that the exclusion of Blacks from the commission was both deliberate and inevitable in a city that was still majority white.

U.S. District Judge Virgil Pittman ruled in their favor, noting Mobile’s long history of racism and segregation, but city officials appealed and a bitter controversy ensued. Eventually, by 1982, the legal maneuvering had run its course, and Mobile adopted a new mayor-council system with districts assuring it would be an interracial government. In the new political environment, still contentious, but now more inclusive, not only has the council become an integrated body, but Mobile elected its first Black mayor, Sam Jones, who served two terms.

Some have argued that there is no better symbol of Mobile’s struggles —  and its racial progress  —  than a well-worn typewriter owned by LeFlore. Nor is there a more powerful reminder of the work that remains to be done.

Frye Gaillard is writer in residence at the University of South Alabama.

Released in conjunction with the History Museum of Mobile exhibit, this photo-heavy compendium delves into the city’s history through the analysis of 22 artifacts by Mobile’s leading researchers. 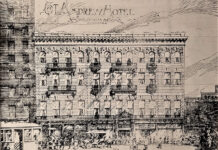 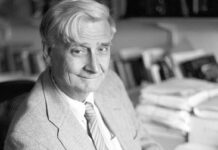 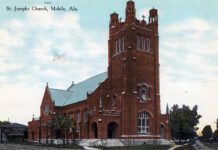 Ask McGehee: What’s the history of the Catholic Church that is closed on Springhill Avenue? 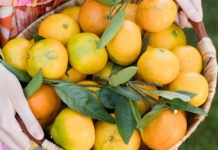 George Gauld: A Man of Ability