The bride is the daughter of Mr. and Mrs. Timothy Michael Jemison of Mobile. The groom is the son of Mr. and Mrs. James Ronald McRae, also of Mobile. Given in marriage by her father, the bride walked down the aisle in a Modern Trousseau ivory lace gown with a Modern Trousseau sash and a cathedral-length veil, all from Something New Bridal. The bride carried a bouquet of white peonies and Sahara roses, created by Sheila Kirksey of The Rose Bud Flowers & Gifts.

The bride chose her sister, Rebekah Jemison, as her maid of honor. The bridesmaids were Morgan Churchwell, Avril McRae and Leah Kardamis. They wore floor-length, chiffon cranberry Amsale gowns and carried bouquets of Sahara roses accented with red berries.

Following the ceremony, a reception was held at The Battle House Hotel in the Crystal Ballroom. Food was provided by The Battle House and The Rose Bud Flowers & Gifts adorned the Crystal Ballroom with the bride’s favorite blooms. Cindy Squires, with Squires Weddings, served as the wedding planner. Cakes by Judi created the bride’s four-tiered cake, adorned with white roses and hydrangeas, and the groom’s two-layered chocolate cake.

Photography was done by Robinson Studio and Design, and video was done by Will Haring of Will Haring Productions. Rachael and Bill celebrated their new life together on a honeymoon to the Atlantis Resort in the Bahamas. The couple currently resides in Mobile. 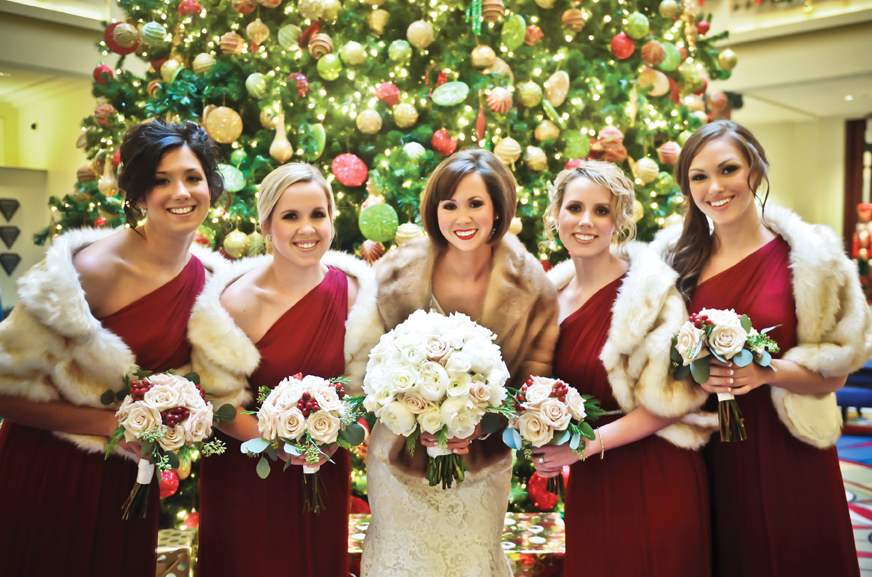 Photos by Robinson Studio and Design