The bride is the daughter of Mr. and Mrs. Barton Timothy Mosley of Mobile, Alabama. The groom is the son of Mr. and Mrs. William Henry Agee of Sewanee,  Tennessee. The wedding festivities began on Friday morning as the bridesmaids joined together for a luncheon at Kitchen on George. Following the wedding rehearsal on Friday evening, the groom’s parents hosted an after-rehearsal dinner at The Battle House Hotel.

Given in marriage by her father, the bride wore a Mori Lee ivory A-line chiffon gown, with crystal beading and a lace bodice. Belle Bouquet designed a bouquet of white hydrangeas, crème garden roses and pale pink spray roses.

Following the ceremony, the guests enjoyed a Southern-style reception at the Bragg-Mitchell Mansion, dancing the night away to the sounds of Fountain City Players. Guests sipped on yellowhammers, the signature drink for the evening, and enjoyed Southern favorites from Tyner’s Catering, which included grilled oysters and bacon-wrapped green bean bundles. Flour Girls Bakery designed the bride’s four-tiered cake, adorned with baby’s breath. They also created two special cakes for the groom. The evening was captured by Leslie Davis of Freshly Bold Photography and Kali Piersall of Crooked Tree Productions.

After honeymooning in the Dominican Republic, the couple now resides in Nashville, Tennessee. 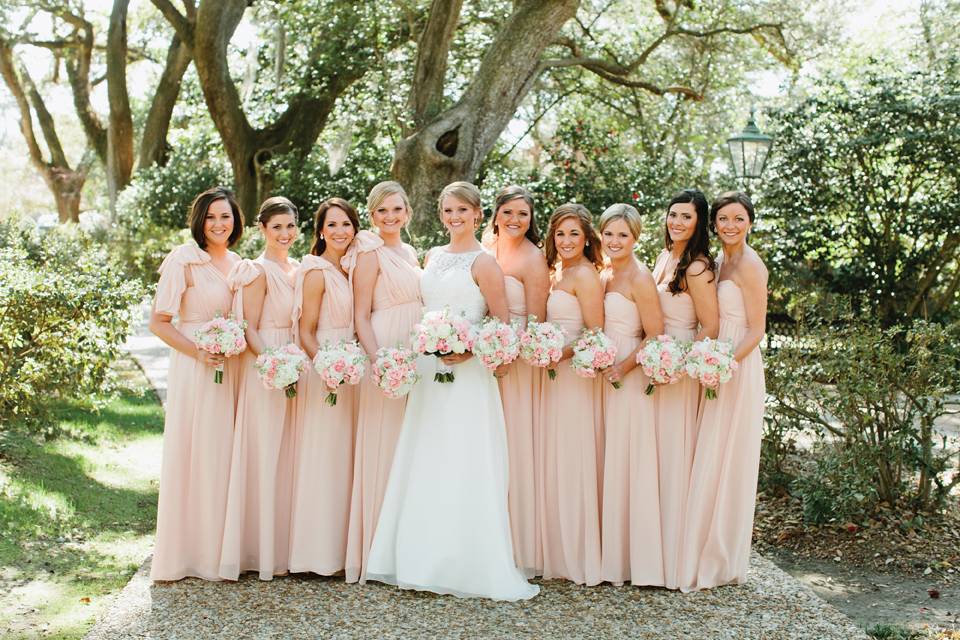