You should hear her cackle. And you just might, especially if you live in Fairhope. “I toss it around randomly throughout the year to keep everyone on their toes,” Amanda Bacon says, adding that her witchy guffaw could probably win a contest. Bacon knows a thing or two about witches — the charitable good sort, of course.

Witches rides originated humbly enough about 30 years ago in the coastal town of Seaside, Florida, when Bacon and a few of her friends rode their bikes to the beach dressed in witches’ costumes. Onlookers, including schoolyard children, were bemused with the women’s two-wheeled spectacle. From the positive reception, an idea was born, all in the name of mirth and charity.

“We always donate to local animal rescue groups,” Bacon says of her now-Fairhope-area ride, which she, along with Jenny Klein, started in 2015. “The first year was surprising and amazing,” Klein says ahead of the fifth annual event. “People were pretty skeptical about what we were trying to do, but once riders hit the streets in their costumes, it did not take long for people to start talking about it and for momentum to grow.”

And grown it has. Rides have popped up all over the nation. It has spread locally from Fairhope to Mobile, Foley and Daphne. “It’s a family-friendly ride,” says Harry Johnson of Daphne’s Witches, Warlocks and Wizards ride, which unlike other cities, is a co-ed event. “The number of participants and spectators has doubled each year.”

As All Hallows’ Eve approaches, registered participants, perched atop Schwinn and Huffy “brooms,” will once again whoosh past cheering spectators in blurs of greens, reds, oranges and blacks. “The best part of the ride is the sheer joy on the faces of people watching,” Klein says, echoing a popular sentiment. “It is silly and fun to watch witches fly by, and of course, children love the candy we toss.” 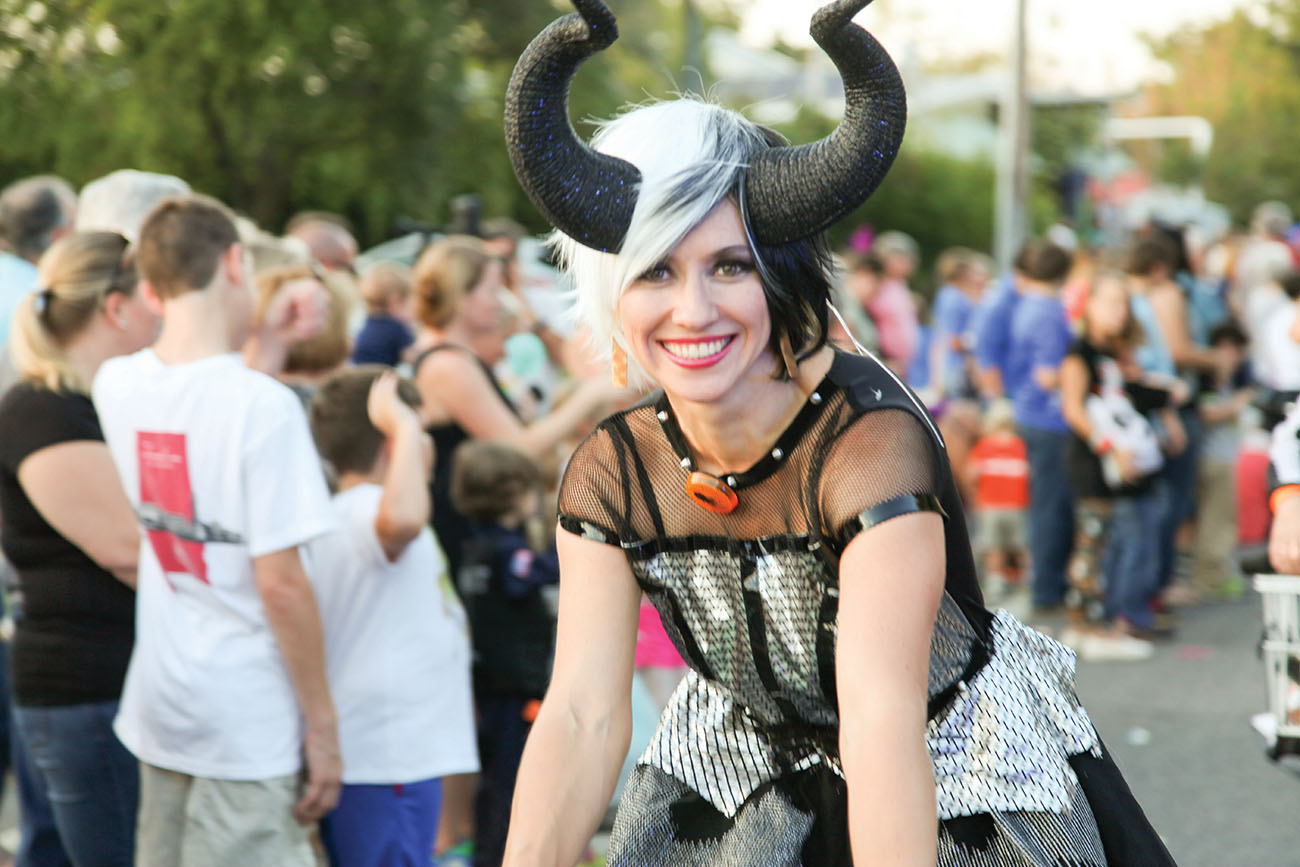 Buying sweets is but one drop in the parade readiness cauldron. Finding — or making — the perfect costume is another. Covens, that’s a group of witches for the layperson, often dress alike, many donning custom T-shirts blazoned with clever sayings such as “Basic Witch” or “Witch Don’t Spill My Wine.”

“We have joked with some of the local consignment store owners that they should have a ‘witch rack’ so gals can sell their old costumes and find new ones,” Klein says. But no matter the hat, dress, cape or cackle a witch or warlock chooses, one important spell-binding element remains: practice. Bacon says with a laugh, “Most witches are just trying to juggle the fine art of riding a bike in full regalia while throwing candy.”