After graduation, Cox had plans to attend law school but soon decided it wasn’t for him. Instead, he joined the United States Marine Corps. While in the Marines, he was deployed to Iraq in 2005 and 2006 with the 3rd Battalion 6th Marines as a rifle platoon commander. “I was an infantry officer and had 65 marines underneath me, ” Cox says. In recognition of his actions while in combat, he was awarded the Navy Commendation Medal with combat “V” for Valor.

With a successful career in the Marines well underway, Cox suffered an extreme knee injury in 2007, which led to an honorable discharge as a first lieutenant. He then returned home to Spanish Fort to begin his career in real estate and development.

Cox founded Bellator Real Estate and Development, Inc. as a one-man operation. In just three years, his company has grown to 30 employees with $40 million in assets.
“We never really know what the future holds, but we will be working hard to expand and grow our presence in Baldwin County.”

My wife and two daughters “I work extremely long hours, so I try to spend as much of my free time with my girls as possible. I have very few hobbies anymore besides them.”

My bulldog “I’ve had English bulldogs since my freshman year of college. I’m now on my third one. Lynyrd goes to work with me most days and is one of my closest friends. In fact, when I was in Iraq, my Marines found a puppy and we kept him in our battle position for a few weeks before they made us get rid of him. His name was Spike.”

SEC Football “There’s nothing better than a day of cooking out at the house with family and friends and watching SEC rivalry games.”

Southern weather “I hate being cold, and I had no idea how cold Virginia got. It’s the No. 1 reason I favor my job now over being in the Marines.”

The people in the Bay area “You will not find a more patriotic, polite and caring group than what Alabama offers. I’ve been a lot of places, but I am always ready to get back home to south Alabama.” 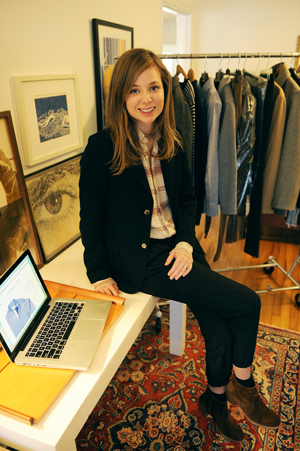 In 2004, young Fairhope native Reba Cunningham took off for the Big Apple with a fresh undergraduate degree in fashion retail. What began as an internship with high-end shoe retailer Sigerson-Morrison soon turned into a full-time job in their wholesale department. Cunningham worked closely with the company’s production, coordinating with Sigerson-Morrison’s factory in Italy and attending trade shows in Las Vegas.

After two years with Sigerson-Morrison, Cunningham switched to A.P.C, a French clothing company with stores in New York, Paris and Japan. She managed the United States wholesale division and worked with well-known clients such as Barneys, Steven Alan in New York, and Confederacy in Los Angeles, just to name a few.

Following a five year stint with A.P.C., Cunningham and her husband decided to move back to Fairhope to explore different opportunities. “We also missed the warmer weather and easy access to the water, ” admits Cunningham.

Back in her hometown, Cunningham launched LYONSTATE.com, a menswear website, on the first day of Spring 2011. LYONSTATE’s collection combines the Southern-style looks Cunningham admired growing up with the modern elements of New York menswear she acquired as an adult.

“It’s a throwback to a timeless aesthetic of how men dress. I really wanted to implement historical family pieces with meaning.” For example, Cunningham screen-printed a note her grandmother had written in the 1920s onto a handkerchief they now sell.

Cunningham’s online boutique has been featured in the Wall Street Journal, Forbes and Garden & Gun. The next step? “I have dreams of opening up a storefront one day. I think the Fairhope area would be the ideal location for just that.”

Our Legacy button-down shirts  “Jeans and button downs are my uniform: the fit of A.P.C. is the best and I love the unique and thoughtful fabrics that Our Legacy uses.”

As president and chief investment officer at Bienville Capital Management, native Mobilian Cullen Thompson is a financial advisor to clients all over the U.S. After earning a bachelor’s degree from the University of Alabama’s Culverhouse School of Accountancy in 2000, Thompson accepted an internship with Arthur Anderson in New York. “I interviewed in Atlanta and Birmingham for internships. Believe it or not, at the time, I even felt Birmingham was too big of a city for me, ” Thompson laughs.

That internship would be the catalyst for Thompson’s impressive 12-year career in the New York financial world. At Arthur Anderson, he served Fortune 500 executives and ultra-high net worth individuals. He would later go on to positions as  director of investments for RR Advisory Group, LLC and as a senior research analyst with the United States Investment Solutions group of Citigroup Private Bank.

In 2008 the financial market was in disarray, but Thompson found it an opportune time to start a new business. With fellow Mobilians Billy Stimpson and Ralph Reynolds as partners, Bienville Capital was born and serves as an investment advisory firm with offices in New York and Mobile. “I never imagined myself living in New York; I always had intentions of moving back to Mobile after college.”

Thompson now divides his time between the two cities. “The idea from the beginning was to launch from New York and open an office in Mobile, ” Thompson says. “We want to grow both offices and eventually spend more and more time in Mobile.”

Air travel “It provides me the opportunity to meet interesting people all over the world.”

Time to think “Only reflection allows us to synthesize a complex world.”

My partners at work “Because of their hard work, I can focus on what I love doing.

Exercise “It provides stress relief but also a physical and mental challenge.”

My wife, Emily “She supports everything I do.” 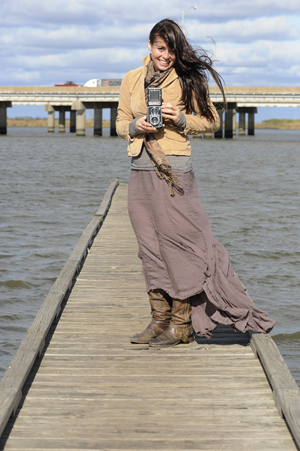 Even as a teenager, photographer Elise Poché was eager to start her career in a bigger city than her hometown of Mobile. Poché left the Bay area during her senior year of high school to complete her studies at a Charleston school that would let her graduate early. She then began college, studying graphic design and photography.

While at Trident Technical College, Poché managed a darkroom for a local photographer and worked in a color lab to develop her skills. For the next 10 years, she enjoyed a successful career in photography in Charleston, primarily shooting commercial, fashion and food imagery.

In 2008, the photojournalist embarked on a journey to Africa. She traveled through Kenya, Rwanda and Madagascar, focusing on wildlife photography. In Kenya, she worked for the Diakonia Compassionate Ministry, an organization that helps with disaster relief and funds schools for disabled children. “The organization’s efforts were really touching. I wanted to get their message out through my images, ” Poché says.

Next up was South Africa. The inquisitive artist rented an apartment in Cape Town and traveled the Garden Route, a well-known stretch of the southeastern coast of South Africa. While there, she documented a swim with great white sharks (from inside a cage, of course).

After her stint in Africa, Poché moved back to Mobile to continue her photography career. Her photo business focuses on commercial clients, including Mobile Bay Magazine. In addition, Poché is currently working on several documentaries that keep her traveling abroad.

Camera “My camera is my No. 1 tool for work and self-expression.”

Exercise “Yoga especially keeps me healthy and brings me awareness and peace of mind.”

Mother nature “Being outdoors, in the silence of the woods at places like Blakeley State Park or on the open water, makes me feel so in touch with who I am and grateful for the world we live in.”

Mexican food “I love to catch up with friends over a good margarita and queso.”

Naude Gouws “My boyfriend is the most supportive person in my life. He really gets me and is truly my best friend and other half.”