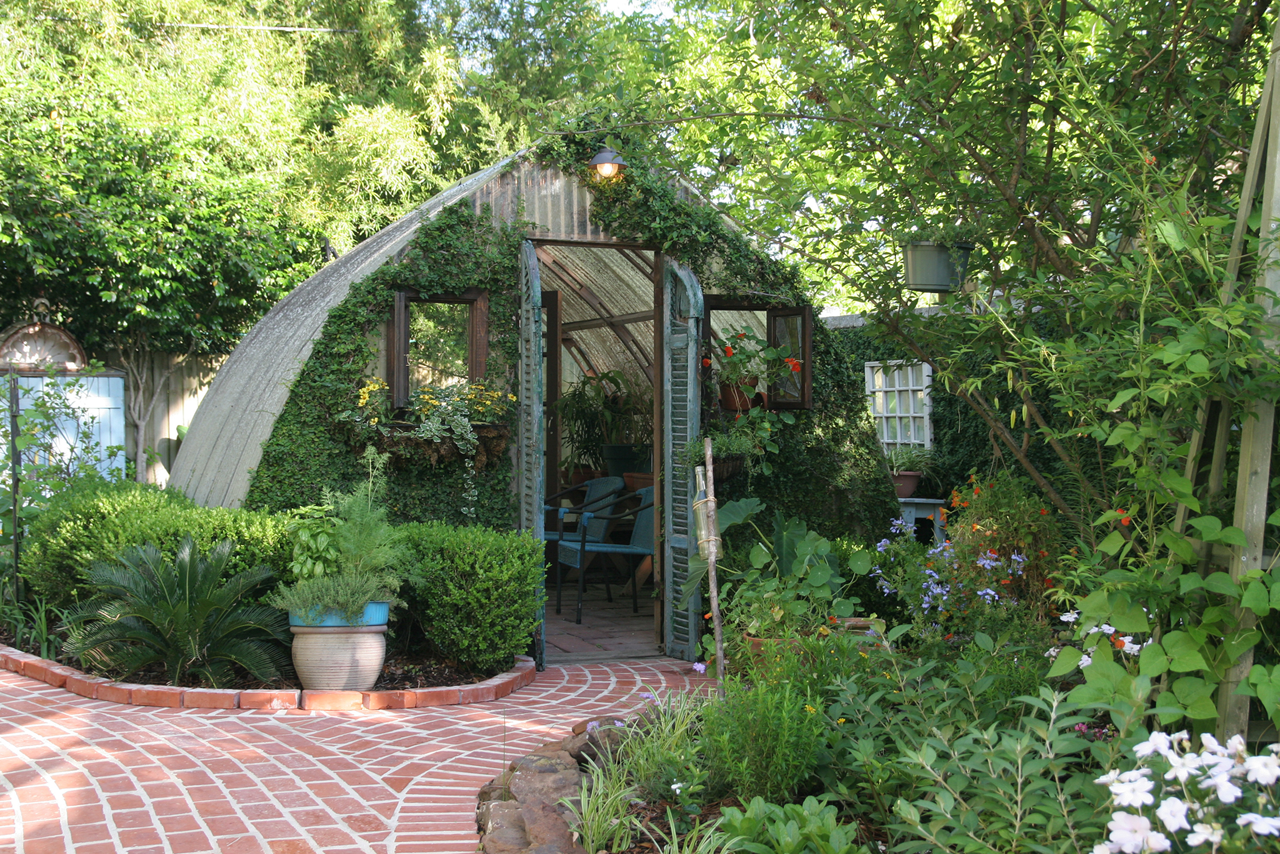 Raised on a farm, Betsy Yeager wanted to cultivate a country feeling even in an urban setting. In 1991, when she and husband John moved into their midtown home on Springhill Avenue, she started right away to make the space their own. After a few minor additions and renovations, the English-style cottage and garden have evolved into a green and peaceful haven.

Building a 9-foot-tall privacy wall was first on the Yeagers’ agenda. Landscape architect Terry Plauche fashioned a partition that runs the extent of the property. Now covered with fig ivy that Betsy has meticulously groomed over the years, the wall quietly enfolds beautiful outdoor space. Later, the family added a greenhouse and a 40-by-10-foot lap pool, creating a backyard oasis. Also off their to-do list — enclosing a porch that faced Springhill Avenue, which gave them another 300 feet of living area.

Inside, Betsy opted for neutral tones, concentrating all of the color in the lush gardens just outside the windows. “When it rains after a dry spell, ” she says, “you can almost watch the resurrection moss develop on the branches of the oak trees.” Betsy often arranges fresh-cut hydrangeas and other flora from her gardens in vases throughout the house. The crisp palette allows her blooms to take center stage both inside and out.

Betsy also incorporates family collectables into her design aesthetic, making the space that much more personal. Some of her favorite finds include stained glass windows from Charleston, now starring on Betsy’s greenhouse, an old cement cat from England, currently curled up in the garden, and a Paris-purchased French wedding armoire, wedded anew to a Southern home.

While the evolution of the Yeagers’ city place has been an ongoing process, Betsy is pleased that, finally, it’s just what she’d always envisioned.