Daphne is home to people who came to partake of the rich resources of Mobile Bay’s eastern shore. They gathered to collect seafood miraculously washing ashore during the phenomenon of jubilee. They gathered under the spreading oaks to hold councils or to celebrate and along the bayfront to escape the perils of yellow fever across the Bay in Mobile. They gathered for clean spring waters and rare pottery clay, to greet the bay boats and to farm the rich soil. Daphne’s history is one of a gathering of peoples, and a new book, “Images of America: Daphne, ” documents that heritage.

One Family’s Album: a microcosm 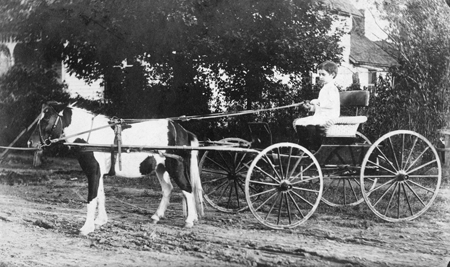 As a boy, Johnnie Davis was often seen driving his cart to town, delivering goods from the boats up to his family’s hotel on College Avenue, near the bayfront. Pony carts, oxcarts, carriages and surreys were everyday sites in Daphne. 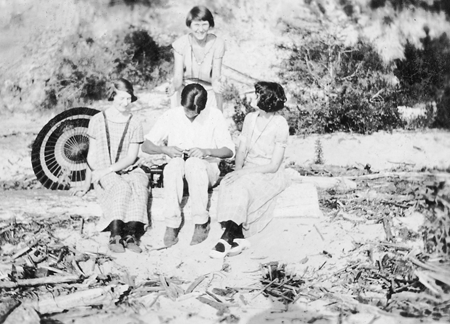 People spent afternoons on the beach enjoying the Bay breezes. They met to watch the sunset, talk, play games, and maybe steal a kiss or two. Johnnie Davis (center), the little boy pictured with the pony, attended the Normal School, and then went to the University of Alabama, where he earned a degree in engineering. A successful businessman, he and wife Edna spent many hours at his parents’ home near the bayfront. 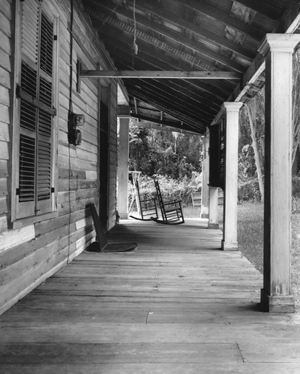 The Lea Home is one of the oldest residences still standing. Davidella G. Cullum, who purchased the 35-acre property from Gavin Yuille, built the Creole-style home in 1846. William Jones moved into the house about 1850 and left his mark with improvements that included four marble mantels. His nephew William Jones Lea, the next resident of the home, moved into the house after the Civil War. When the Trimbles purchased the Lea home in the 1960s, the porches were reminiscent of the grandeur that had once been. The wings were probably added a few years after the original Creole cottage was built in 1846, as evidenced by change in saw blade marks and a difference in lathing style. The house was used as a hospital during the Civil War and shutters were removed and used as stretchers. The family of Judge William G. Caffey moved there in 1976. Kit Caffey, a local historian, spent hours caring for the grounds and the home. Later residents included the Hendricks and McMurphy families.

From Bayfront to Main Street 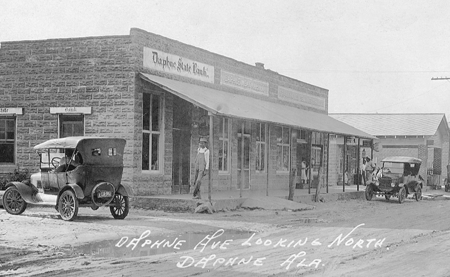 At 1715 Main St. is the symbol of Old Towne Daphne. Built in 1900 by Italian colonists Francesco Manci and Angelo Trione, these storefronts have been home to various businesses. The Daphne State Bank closed during the Great Depression. Later, the post office moved to this location.

Growing Up by the Shore 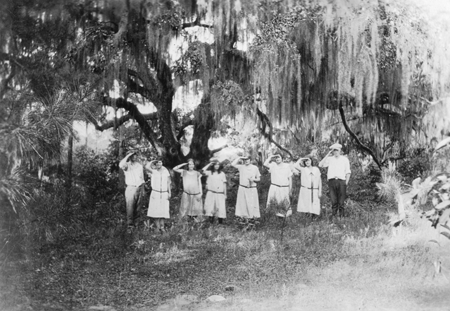 Jackson’s Oak has borne witness to the history of Daphne from the days of Indian powwows. Here, the hiking club of the Daphne Normal School gathers at the tree, which is preserved at the Village Point Park Preserve. 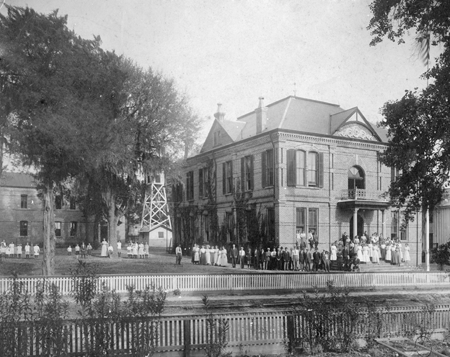 The former courthouse in Daphne became the Alabama State Teacher College on Mobile Bay and the normal school for grades one through 12 in 1907. A single-engine pump that transported the water to the wooden water tower filled the school’s water tank. Classes were mainly in the building that once served the county jail. 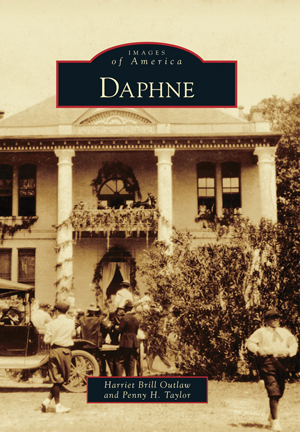 “Images of America: Daphne” tells the history of Baldwin County’s largest city through more than 200 historic photos. Coauthor Harriet Brill Outlaw is a local educator, who has produced numerous documentaries and articles on Baldwin County. Penny H. Taylor is an amateur photographer and graphic artist from Daphne. Acadia Publishing is known for its “Images of America” series that provides readers with a glimpse into local and regional history of various cities throughout the United States. Copies of the book can be purchased at local bookstores such as Page & Palette.

PAGE & PALETTE • 32 S. Section St., Fairhope. 928-5295.
Reprinted with permission from “Images of America: Daphne, ” by Harriet Brill Outlaw and Penny H. Taylor. Available from the publisher online at www.arcadiapublishing.com or by calling 888-313-2665.