Elizabeth Merle Gravlee and John Frederick Ladd, III were united in holy matrimony at St. James Episcopal Church on June 27, 2015 at five in the evening. The Rev. Donald Smith officiated.

Given in marriage by her mother and father, the bride wore her mother in law’s heirloom wedding dress adorned with lace and intricately detailed beadwork by Yousef of Fairhope. A lace-embroidered cathedral-length veil accompanied the bride’s elegant gown. She carried a stunning bouquet of white peonies, hydrangeas, and roses.

Following the ceremony, a reception was held at Away at the Bay, a bed and breakfast overlooking Mobile Bay and the bride’s home. Upon arriving, family and friends sipped Champagne in the New Orleans courtyard. Southern favorites, prepared by Rob Berglin Catering, and Yellow-Hammers, the signature drink for the evening, were enjoyed by all. A focal point was the Bride’s tent displaying the classic white wedding cake with buttercream icing, encircled with hydrangeas, pink roses and peonies complementing the bride’s bouquet. Guests danced on the black-and-white checkered dance floor, illuminated by Italian lights and a breathtaking Fairhope sunset. After a magical fairy tale evening, the happy couple made their exit through a tunnel of sparklers. The events were captured by Melinda Mercer Photography.

The newlyweds celebrated their marriage with a honeymoon in The British Virgin Islands. The couple now resides in their new home in Daphne. 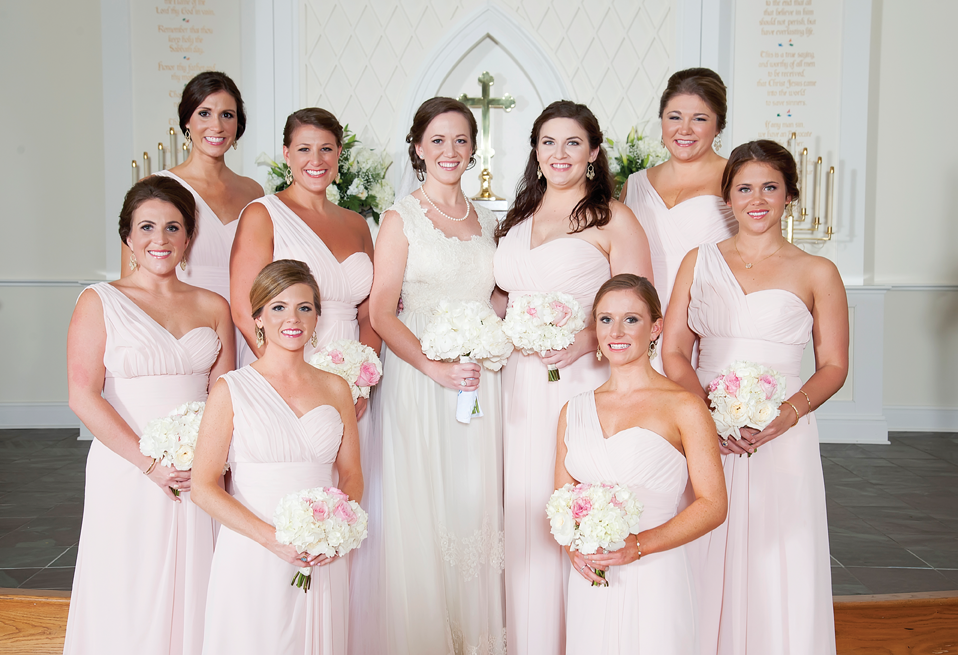