If, one day, you should find yourself strolling along Australia’s southern coast, riding to the top of one of Dubai’s glittering desert towers or even rambling along the craggy paths of the Rock of Gibraltar, you may be lucky enough to spot a little slice of home. Distance viewers, those unassuming slate-gray machines that sit atop the world’s overlooks and scenic vistas, often bear a little metal plate that reads, in part, “Fairhope, Ala. 36532.”

The maker of these viewers, SeeCoast Manufacturing Company, operates from a metal-clad facility on Middle Street, a block away from the busy thoroughfare of U.S. Highway 98. They’ve been steadily producing their viewers for more than half a century, first scattering them along the Gulf Coast and then sending them out to the farthest reaches of the globe.

“Kenneth Cain Sr. started the company,” says Sarah Jones, SeeCoast’s head of sales and marketing. “He had tuberculosis, and he was looking for a project to keep him busy. He ran across similar coin-operated telescopes and thought he could make something like that for around here, because we have so many views overlooking the water.”

With sons Kenny and Geoffrey, Cain started making his own prototypes in the garage of his home in Fairhope. They put the first couple of viewers at Bayfront Auditorium in Pensacola to test the public’s interest in them, and before long, people started requesting viewers at other destination spots along the Gulf Coast.

The Cains ran their viewers on a concession basis and collected from them each month. “It became a family affair,” Jones says. They would all pile into their Nash Rambler to collect from the viewers, often going to the beach or stopping for lunch along the way. As their concession route grew along the Alabama and Florida coasts, they’d spend the night in the car to save money.

When the patriarch announced he wanted to retire, Geoffrey came home from college to take over the family business and grow it. “He’s the one who began manufacturing the viewers for sale rather than just concessioning them,” Jones says.

It wasn’t long before the company outgrew the garage. In 1960, SeeCoast relocated to a manufacturing facility, where they’ve been ever since.

Great care goes into the manufacturing process. “These could be precision cast and made on a big assembly line without much care to each part of the process,” Jones says, “but they wouldn’t last as long.”

The team starts by grinding burrs and imperfections off of raw aluminum castings. Then they place the castings into an etching vat, which allows the surface of the metal to adhere to a powder coating. That coating is sprayed on by hand, adding durability against the natural elements. After that, the viewers are placed into an industrial oven.

They’re finished with a clear epoxy, followed by a color coat. Then they’re topped off with an anti-graffiti clear coating, which prevents paint or marker from adhering to the surface. “We deal with a lot of parks, and they all really appreciate that,” Jones says.

Recently, the company teamed up with California-based lens-maker EnChroma to begin making colorblind-accessible viewers. “One of our customers had the idea of putting the EnChroma lens in the viewer,” Jones explains. “We didn’t know it at the time, but they actually took EnChroma glasses, disassembled them and retrofitted the lenses in the viewers. They put the viewers in Tennessee parks to make the colors of the fall foliage accessible for everyone.”

The enhanced viewers were highly publicized. When the EnChroma team saw the news coverage, they reached out to SeeCoast to talk about a partnership. “We were really excited about that,” Jones says. “Since we work with so many public places, accessibility is really important. It took a little while to work out how we would do it. We sent them the optics from each of our models so that they could size the lenses correctly. It’s taken a little less than a year to put it all together, but we are finally at the finished state where we can offer it to our customers.”

“We haven’t changed a lot about our company over the years, but our customers seem to really appreciate that,” Jones says. “They can come back to us 20 or 30 years later and have their viewers refurbished. We have replacement parts should they ever need them. It’s a situation where, if it isn’t broken, why fix it?” 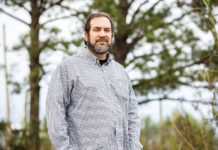 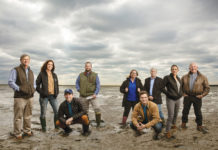 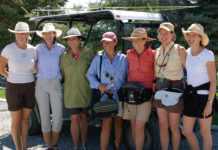