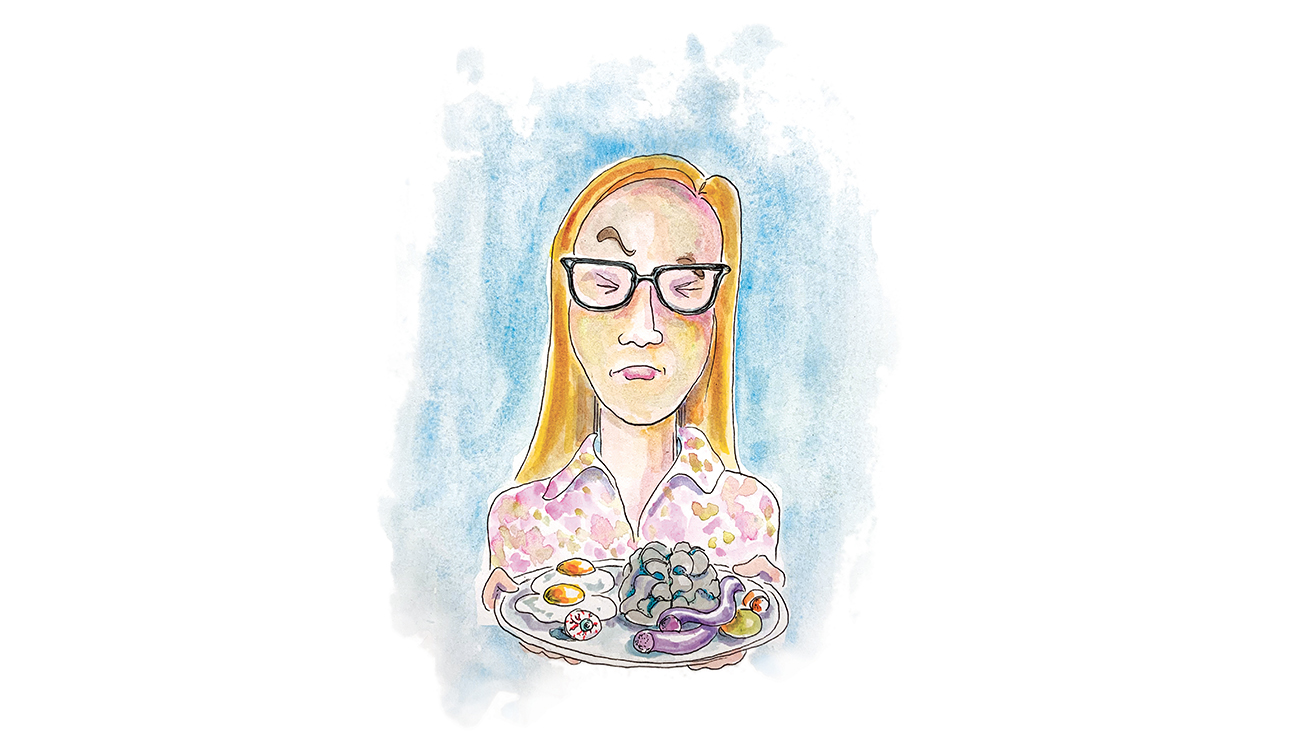 I’m about as Southern as they come. And those of us reared below (way below) the Mason-Dixon Line are defined by many aspects of our culture, chief amongst them being our traditional foods. But one thing that I have never been able to stomach, literally or figuratively, is the idea of eating innards.

Yes, I said it. Innards. In-erdz, which are defined as “the internal parts of the body, entrails or viscera.” Yum.

Now I understand that New Year’s Day is a time to partake of the symbolic food item. I get that greens represent monetary good fortune. I will douse them in pepper sauce and lap them right on up. I will feast on the humble black-eyed pea, which is said to swell with prosperity as it is cooked. And I will more than likely indulge in a bit of bacon or some other sort of innocuous processed pork product so that I will forever move forward just as our porcine friends do as they root.

But I will not, cannot, ingest an innard. Tradition be damned.

I remember Granny and Baw were often known to ring in the New Year by enjoying a big steaming plate of brains and eggs for breakfast. Brains, y’all. Not bacon, not sausage — brains. The very idea is enough to put me off breakfast entirely. Scrambled eggs are just fine on their own, even runny ones. But mix them up with chunks of gray matter, and, well, there’s just not enough ketchup in the world to disguise that.

And I must apologize to all you lovers of the chitterling, or “chitlin” as they are commonly called. I have smelled them cooking and cannot overcome it. I have eaten some truly foul-smelling cheeses that turned out to be just divine once you got them past the olfactory gland, but between my knowledge of this particular innard’s function and its fragrant nature, I’ll just have to say “no, thank you, ma’am.”

Now Mama and Daddy will surely spend the first day of the year as they always do — indulging in head cheese or “souse.” Now there are two words that I firmly believe should never, ever be used in conjunction. They are “meat” and “jelly,” which is just what souse is — a meat jelly. The long and short of it is this: You cook the creature’s head until all the remaining meat bits give up the ghost and fall into the stock, which will then congeal due to the natural gelatins in the skull.

My parents will sprinkle some vinegar over this cold, pink gelatinous slab of meat goo (because that makes it better, she says as she rolls her eyes to the heavens) and gobble it up! Not me, brother.

Now I will confess to have eaten, when I was very young in the pre-chicken-nugget days, a pickled pig’s foot or two, but that is more of an extremity than an innard. I have very nearly relished a Vienna sausage perched atop a saltine cracker, but that was on a fishing trip. And I really don’t even mind the occasional smear of pâté, especially if I am in a foreign country. It is there, however, that I must draw the line.

If it looks like an innard and smells like an innard, then by Granny it must be an innard. And somehow I just can’t get my arms up around the fact that eating innards will bring you anything more than a swift gag reflex, much less a whole year’s worth of happiness, health and prosperity.

Now can somebody please pass the cornbread?

Born and raised in Citronelle, Atkins shares her often funny and sometimes poignant stories about growing up and living in the South in her recent book, “They Call Me Orange Juice,” and at her blog audreyatkinswriter.com.