Jenna Laine Hill and Joshua Frank Rachal were united in marriage at Fairhope United Methodist Church on March 29, 2014. Joshua’s grandfather, The Rev. Raymond Owens, officiated the ceremony. The bride is the daughter of Mr. and Mrs. Edward Rogers and Dr. Lance Hill. The groom is the son of Mr. and Mrs. Charles Carpenter and Mr. Owen Simmons.

The bride’s gown is a couture gown designed by Heidi Elnora. In 2009,  Heidi designed Jenna’s debutante dress with the idea that one day it would become her wedding gown. By adding 15 yards of Italian silk satin organza for the skirt overlay, and placing delicate lace details on the bodice and hem from her mother’s wedding dress, she was able to create Jenna’s dream gown. Garment artisans in Alabama spent more than 75 hours sewing each delicate piece of lace. Jenna also wore her mother’s mantilla veil. Carl Clark, of Southern Veranda, used additional vintage lace from her mother’s gown to adorn Jenna’s cascading bouquet, which was a replica of her mother’s wedding bouquet.

Following the ceremony, a cocktail reception was held on the Grand Hotel patio. Guests were greeted with strawberry mojitos and a beautiful sunset. The patio was illuminated with Italian lighting and fabulous hors d’oeuvres were passed.

The reception was held in the Grand Ballroom. The entire ceiling was covered with tiny white lights and soft draping covered the walls. A crystal chandelier was hung and soft fabric draped to highlight the six-tiered cake, created by J.A.M. Cakery. Classic, all white centerpieces of hydrangeas, ranunculus, garden roses and anemones, and long strands of garland with strategically placed white blooms adorned the tables. White draping and lights accented the stage, helping to make the band a focal point. The guests danced the night away to the sounds of 2nd Coming and left the reception with delicious macaroons in hand, a favorite of the bride.

The Rachal wedding was a classic Southern affair held at some of the Eastern Shore’s most well-known landmarks. The day was everything the couple hoped it would be. The couple resides in Fairhope. 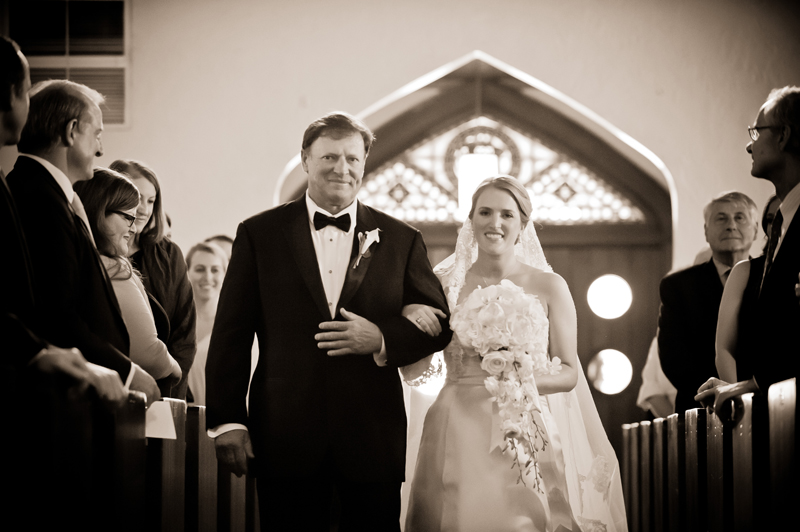 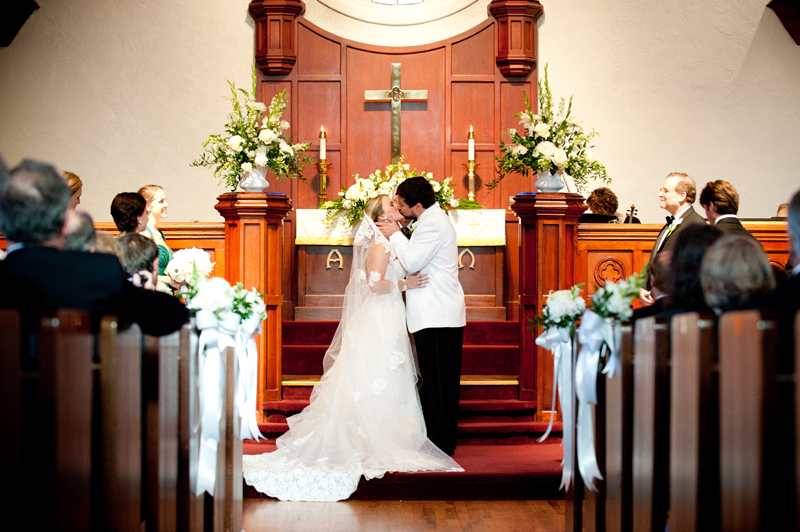 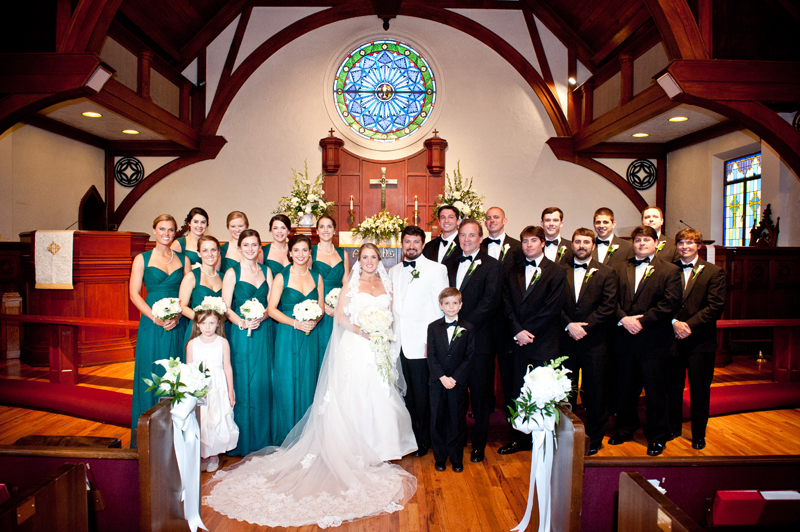 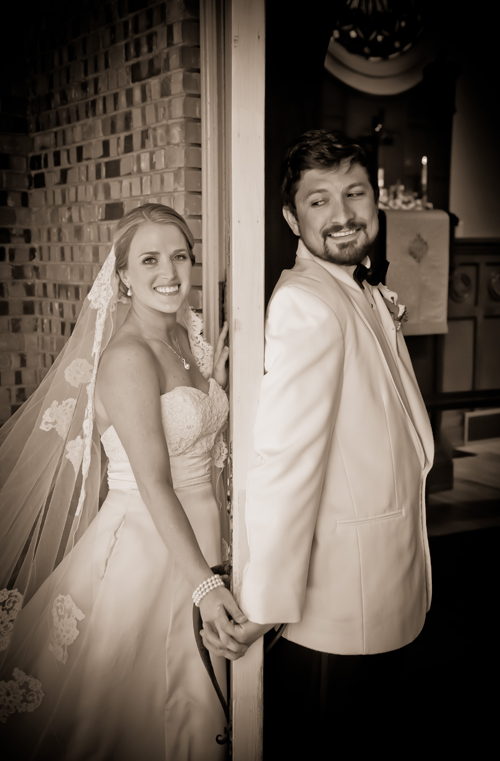 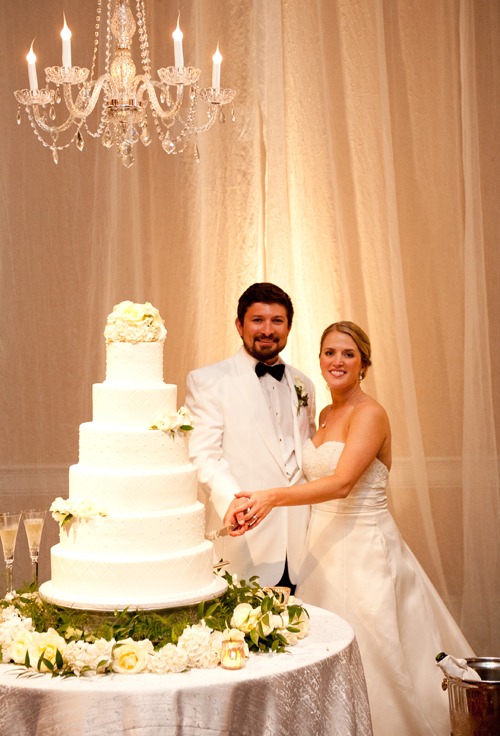 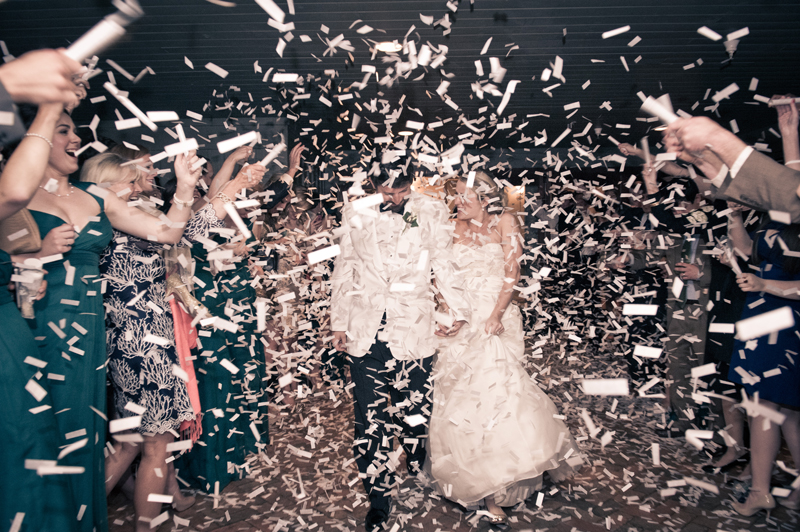