The wedding festivities began on Friday morning as the bridesmaids joined the bride for a luncheon at Kitchen on George. Following the wedding rehearsal Friday evening, the groom’s parents, Mr. and Mrs. Charles Allen Tigner, hosted the after-rehearsal dinner at the Mobile Carnival Museum. The Excelsior Band entertained the guests as they sipped on the signature “Dragon Drink” and enjoyed Southern seafood favorites catered by Georgia Roussos and king cake from Pollman’s Bake Shop.

Given in marriage by her father, the bride walked down the aisle in a Justin Alexander ivory lace dress with a cathedral-length veil trimmed in handmade lace, all from Bliss Bridal. For the reception, the bride’s dress transformed into a strapless sweetheart A-line dress with a beaded crystal sash.

The bride chose her cousin, Jessica Ware, of Mobile, as matron of honor. Hannah Gwin, Kristin Stewart and Meagan Hollis, of Mobile; Taylor Thrasher and Jenna Moran, of Atlanta; Eliza Smith, of Milledgeville, Georgia; Jordan Pease, of Huntsville, Alabama; and MacKenzie Sidwell, of Starkville, Mississippi, served as bridesmaids. They wore floor-length Amsale gowns of sheer, mint silk chiffon, each in a style of her choosing. For each attendant, Nicole King and Mariah Carpenter, of Chez Giselle, created a beautiful and unique hairstyle topped with miniature orchids. Makeup artist Kaili B did the bride’s makeup.

Following the ceremony, the couple enjoyed a Southern-style reception at the Bragg-Mitchell Mansion. Tyner’s Catering provided the food, and Belle Bouquet Florist designed floral arrangements. Cakes by Judi created the bride’s four-tiered cake, adorned with mint hydrangeas, and the groom’s chocolate two-layered cake, topped with “Aubie, ” the mascot of the couple’s alma mater.

Beneath an Italian, chandelier-lit tent, the guests danced the night away to music by the band, Azz Iz, of Atlanta. Leslie Davis, of Freshly Bold Photography, and Mike Wood Productions Videographer beautifully captured all events of the day.

Jenna and Michael celebrated their new life together on a honeymoon to Antigua. The couple currently resides in Mobile. 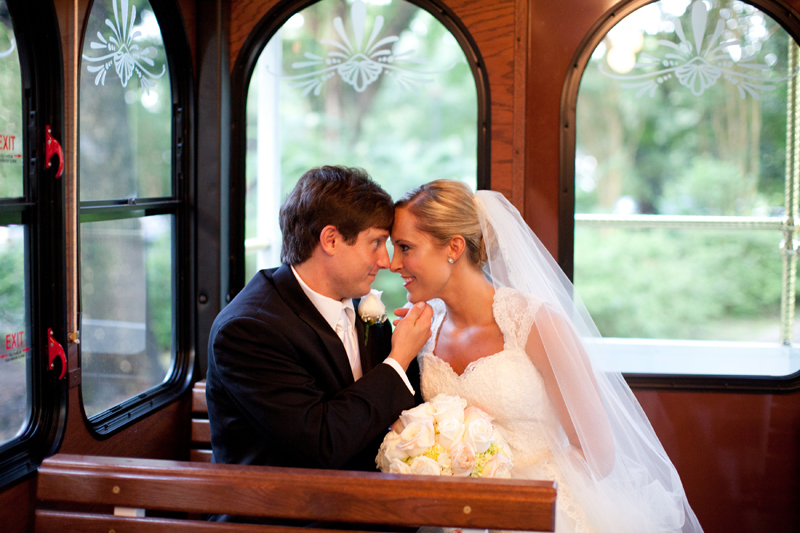 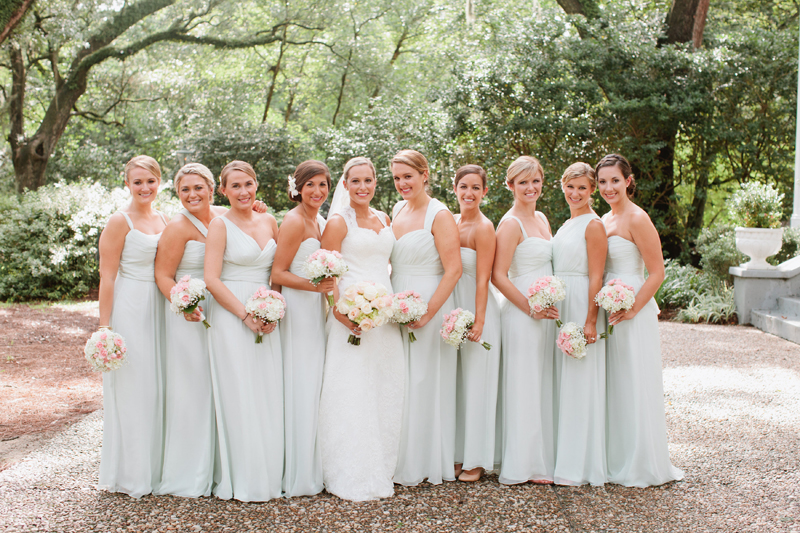 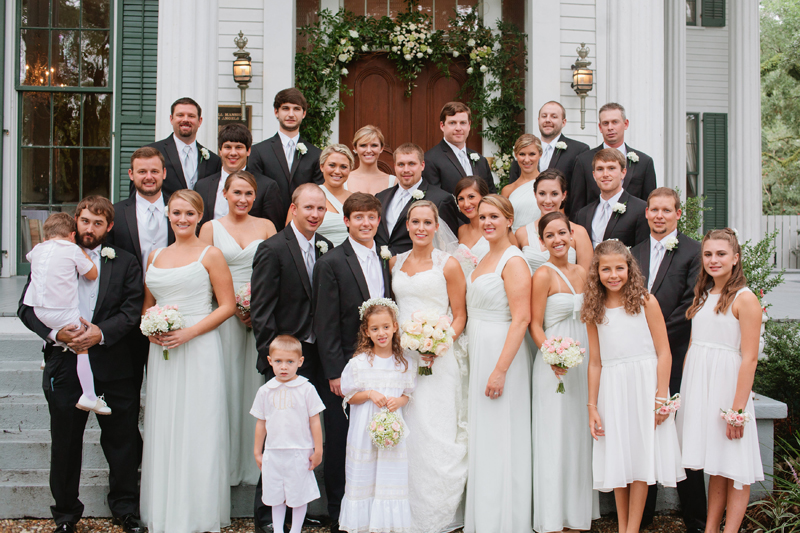 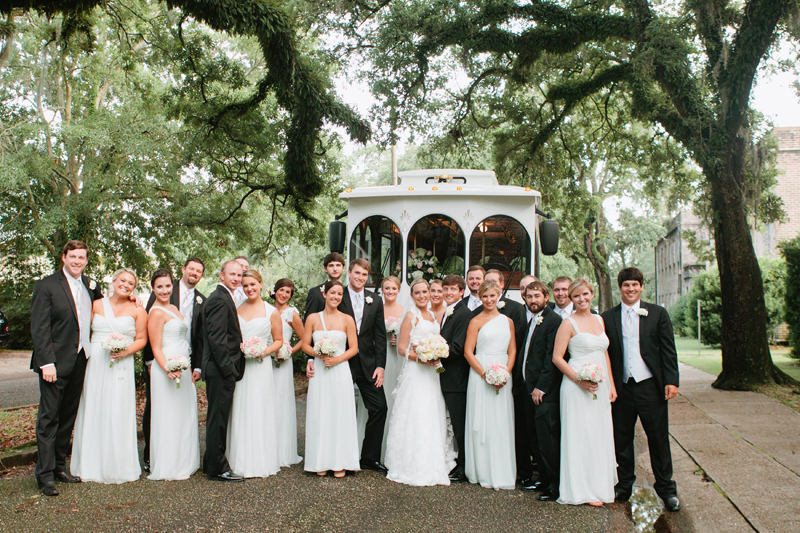 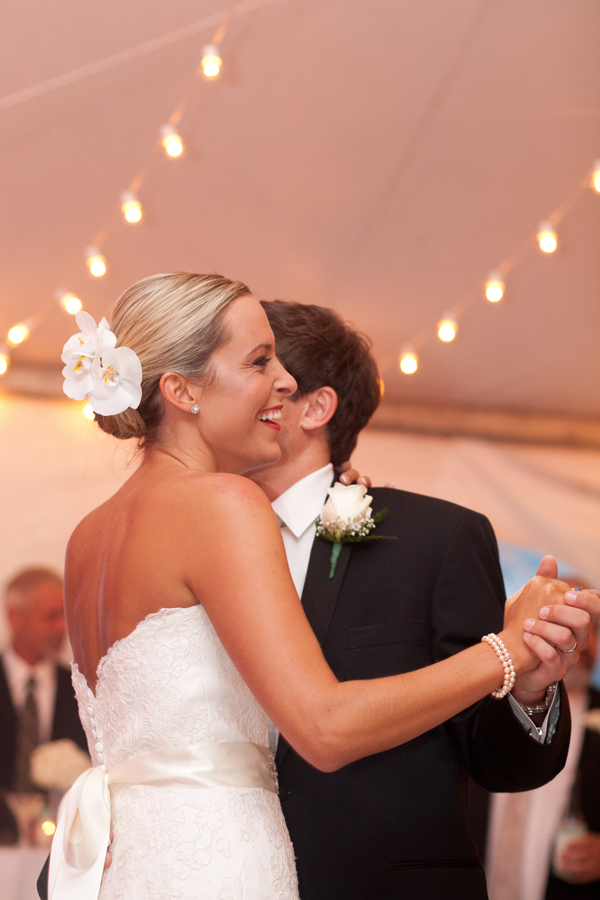 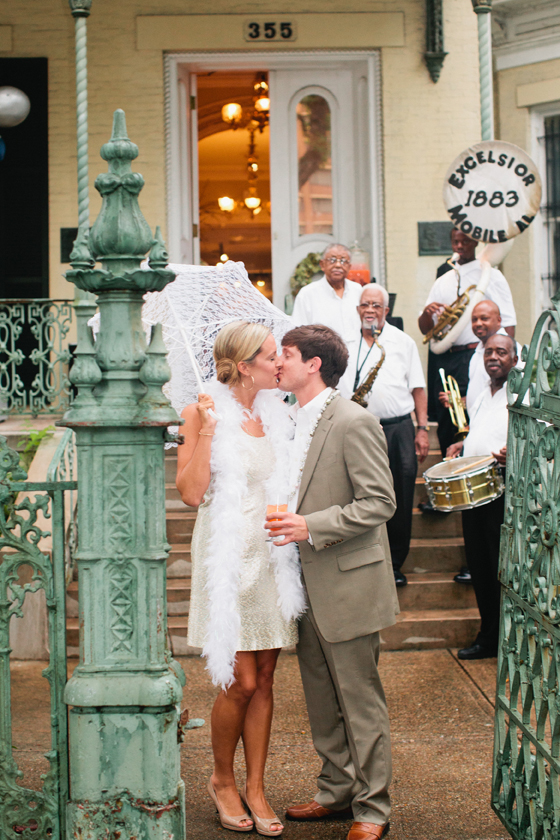