Jennifer LeAnn Parker and Fred Lockley Shell III were united in marriage on April 12, 2014, at six in the evening in the beautiful gardens of the Richards DAR House Museum in DeTonti Square. The Elder Kyle Thigpen, cousin of the bride, officiated.

Christopher Mulkey introduced the couple, both avid runners, at the First Light Marathon in 2009. They did not reacquaint until three years later when Jenn moved to Mobile. By chance, the two passed each other while running. They started dating and were engaged the following year.

Wedding festivities began Friday morning with the groom’s aunts hosting a brunch in the bride’s honor at the Richards DAR House Museum. Following the rehearsal, the groom’s parents entertained guests in historic Downtown Mobile with dinner and dancing to the many sounds of the Tony Bowers Band.

Given in marriage by her father, the bride wore a stunning Paris chiffon sheath gown, designed by Maggie Sottero, with a dramatic racer back encrusted with Swarovski crystals. The bride’s sister Lisa Parker Lott attended as matron of honor. Tammie Michelle Slade, Barbara Ursula Gahagan and Sydney Shell Tasler were bridesmaids.

Following the ceremony, the reception took place in the courtyard. Naman’s Catering treated guests to their delicious creations. Pollman’s Bake Shop created the traditional four-tiered wedding cake. The groom’s cake was a three-tiered carrot cake (his favorite), by Kim Miller, and was topped with a bride reeling in her groom to honor his love of fishing.

It was a perfect evening as the couple danced their first dance with a custom mix of songs and a choreographed routine; a surprise visit by the “Blues Brothers, ” featuring the groom as the lead singer later entertained the guests. Guests danced the night away to music provided by Ron Anthony of Azalea City DJs. Laura Kay’s Nursery designed the florals. One Fine Day Photography and Luke Lindgren Cinematography beautifully captured the ceremony and wedding celebration.

After a wedding trip to the Dominican Republic, the couple now resides in Mobile. 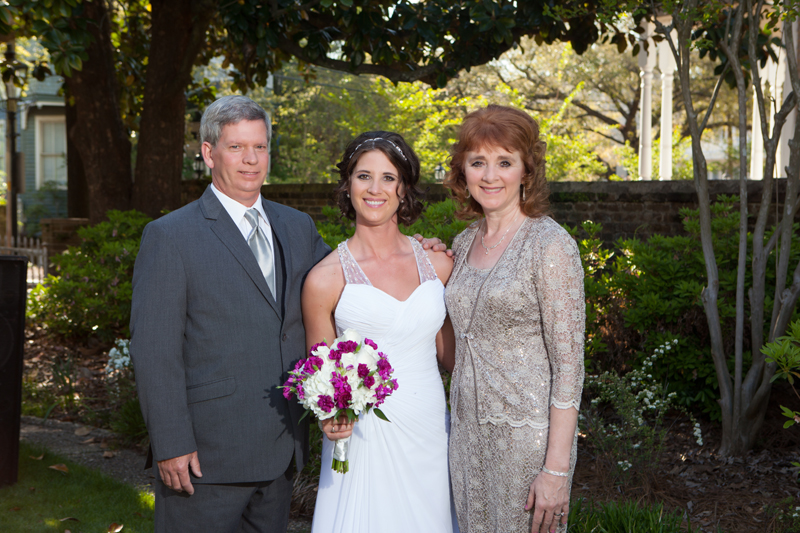 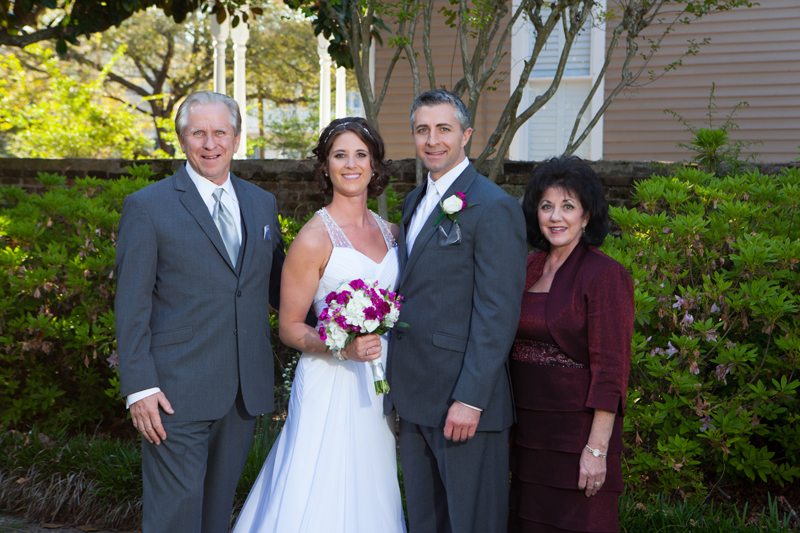 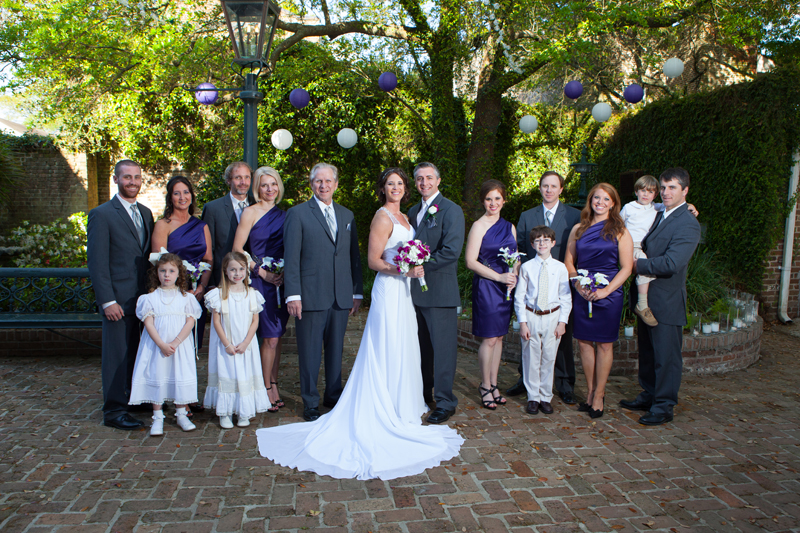 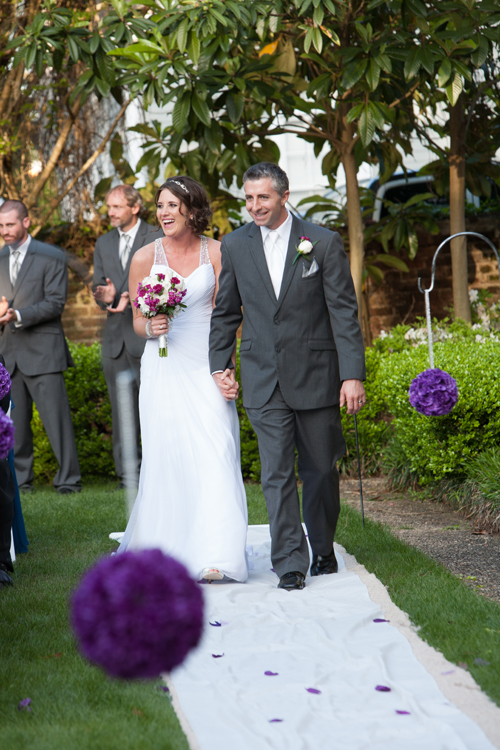 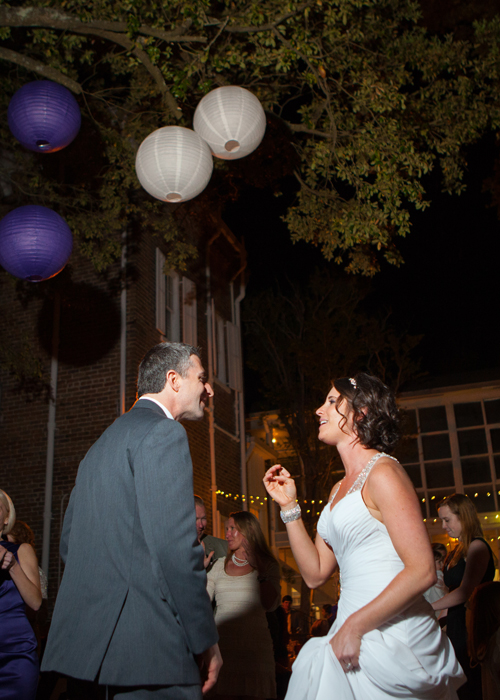 Photos by one fine day photography