When Laura Bush appeared from behind presidential-blue curtains, the crowd of more than 800 gathered in the Mobile Convention Center ballroom stood to its feet, cheering. The former first lady took the stage March 14 as the keynote speaker for the Junior League of Mobile’s inaugural Community Luncheon.

Attendees were treated to the deft humor and eloquent storytelling for which Bush is known, and no matter the walk of life, women — and men — around the room smiled and nodded during Bush’s anecdotes about marriage and child-rearing. Education was a major focus of her address, and the onetime teacher poignantly spoke of a former student, an inner-city boy, she still thinks about today.

Strung throughout her message were peeks into life in the White House as the 43rd president’s first lady. Ever humble and graceful, Bush said she garnered much of her wisdom by watching her mother-in-law, the late first lady Barbara Bush.

But it was her impassioned call for volunteerism, which is at the core of the Junior League’s mission, that struck the loudest chord with the audience. “Take time to make a difference,” she challenged, saying this can be done on a larger, global scale, or more locally, right here in Mobile. 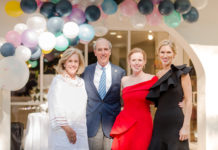 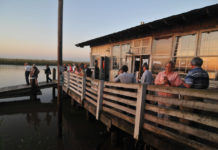 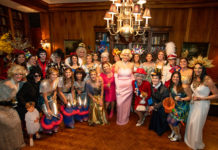 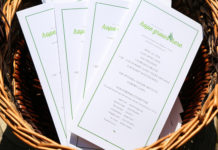 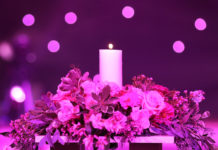