Katelyn Elizabeth Cumlander and Stephen Jonathan Braswell were united in marriage at Life Church on June 1, 2013. Dr. Richard E. Braswell, grandfather of the groom, and the Rev. Billy Cardwell officiated the ceremony.

Given in marriage by her father, the bride wore an elegant Allure gown with a waistline veil. She carried a bouquet of hydrangeas and peonies adorned with family heirlooms.

Following the wedding ceremony, a reception was held at the Hermitage-Rippy Estate. The couple’s first dance was to “Never Quit Loving You, ” by Jill Barber.

A rehearsal dinner was hosted by the parents of the groom for the wedding party and special guests at Life Church. A bridal luncheon was hosted by Mrs. Ronald Rayborn and Mrs. Tim Jemison.

After traveling to Montego Bay, Jamaica for their honeymoon, the couple now resides in Mobile. 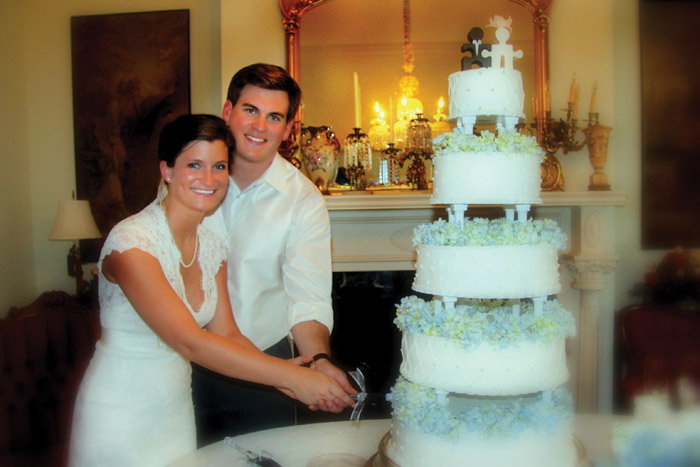