Laura Ashley Cunningham and Brandon H. Ball met at the University of South Alabama in January 2011 and dated for nearly 4 years before becoming engaged January 19, 2015. Laura is the daughter of Susan Chew and Frank Dreaper Cunningham and granddaughter of the late Carmelita Ashley and Ray Wayne Chew, Rebecca (Bexie) Cowles and William Mitchell Cunningham, Sr. Brandon is the son of Pamela Smith and the late Ray Austin Ball, Jr. and grandson of the late Helen (Lucille) Wilcox and Hubert A. Smith, Joyce Harris and Ray Austin Ball, Sr.

All of the roses were grown by the bride’s father. He spent months caring for the bushes and weeks preserving the roses so they would be ready for the wedding. All of the bouquets were arranged by Bay Flowers and the arrangements at the reception were created by Kathy Lovitt. 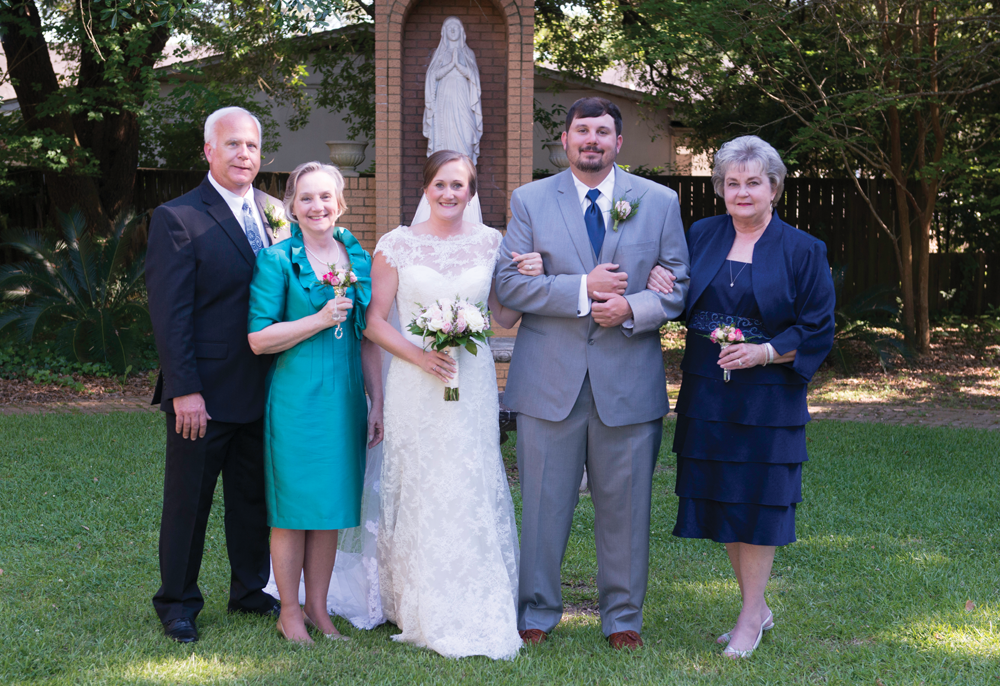