The service began with the congregation singing the glorious hymn, “Praise My Soul the King of Heaven.” The couple asked Dr. Fowler and Dr. Jacqueline Morgan to deliver two especially meaningful readings: Ecclesiastes 4:9 -12 and excerpts from “Saint Patrick’s Breastplate.” Sarah and Scott Wright sang “Be Thou My Vision, ” and the bride’s father gave the homily. After the vows and the blessing, the congregation knelt in silence as the Wrights sang “Christ We Do All Adore Thee, ” just before two trumpets and a timpani burst into “Ode to Joy” as the bride and groom processed out of the church.

The bride and groom rode down the Avenue of Oaks to the reception in a 1940 Packard – the same car “Casablanca” star Humphrey Bogart took to the 1941 Academy Awards. The reception was behind Stewartfield, under the open stars, and guests were covered only by Japanese lanterns and brilliant white bulbs strung from tree to tree. Martha Rutledge catered a beautiful table of delicious summer foods and created two special cocktails: frozen missionary downfalls and ice cream-based Southern mothers. LeNae Denson of Cleveland the Florist contributed gorgeous bouquets and dramatic arrangements. The fantastic Escalade Showband put on quite the memorable show.

The bride chose the only dress she tried on: an Alençon lace top with three-quarter-length sleeves and a full tulle skirt, designed by Monique Lhuillier and virtually remade by Christal Hall of Something New into exactly the dress the bride imagined. The wedding dresses worn by the mothers of the bride and groom were displayed behind the cake tables, along with the bride’s veil, which had been worn by four other members of her family.

After spending a honeymoon in the Caribbean, the couple now resides in New Orleans. 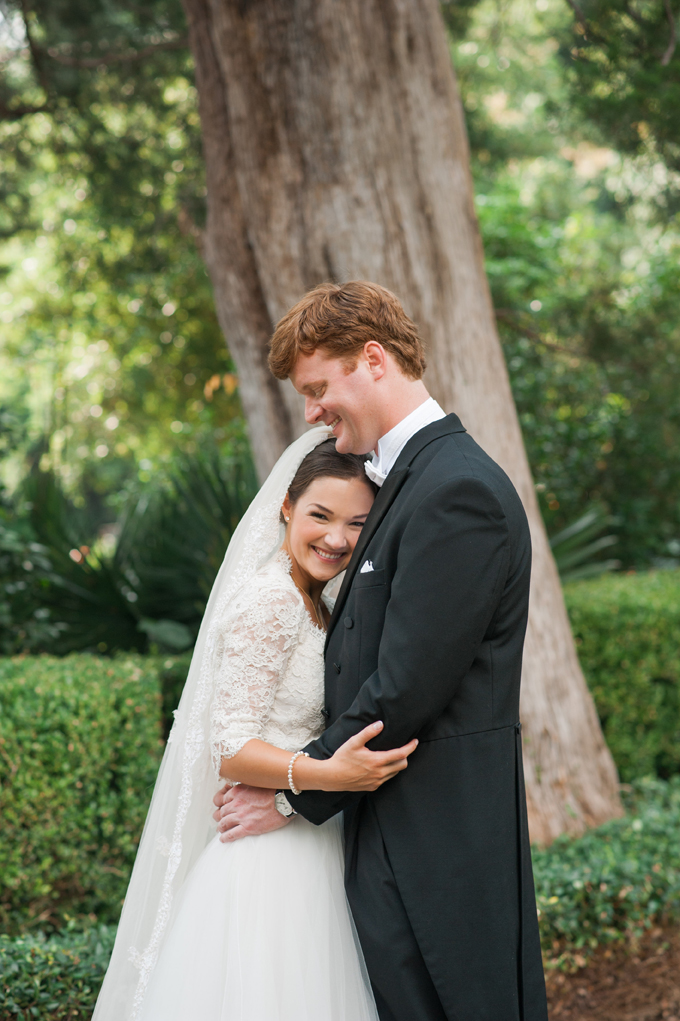 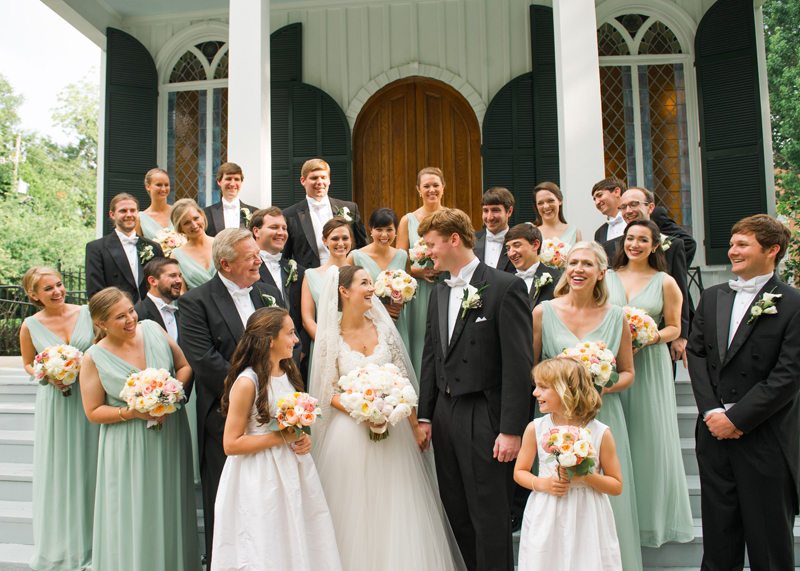