The bride wore a strapless ivory gown with hourglass seaming and a subtle sweetheart neckline. For the ceremony, the bride donned an off-the-shoulder bolero with French lace and scalloped edges, as well as a cathedral-length veil passed down by her mother.

For the reception, the bride traded the bolero for a hand-sewn beaded belt. Throughout the evening, the bride sparkled in a sapphire and diamond necklace passed down by her late grandmother, Doreen Marjorie Lloyd. The bride carried a bouquet of hydrangeas, garden roses, freesia, majolica spray roses,  lisianthus,  brunia berries and seeded eucalyptus. The groom’s aunt, Julie Sandman of Moonvine Flowers in Atlanta, created the exquisite bouquet.

The bridesmaids wore a variety of dress styles in shades of charcoal, soft grey and French blue. The bridesmaids carried bouquets of hydrangeas and spray roses, accented by grey and silver foliage. The barefoot flower girls wore hand-sewn white gowns and carried tiny flower wands made of spray roses, which they waved as they toddled down the aisle. Barrett Greer created the beautiful bridesmaids’ bouquets, as well as the precious flower wands.

On the patio, beneath strings of white lights, guests danced to Motown favorites and mingled alongside the Venue’s lovely outdoor fireplace. The newly married couple had their first dance to “You are the Best Thing” by Ray LaMontagne.

After enjoying a late-night snack of Krispy Kreme doughnuts, guests created a breathtaking tunnel of sparklers, sending the bride and groom off to the Grand Hotel in a well-decorated golf cart.

After traveling to Belize for their honeymoon, the couple now resides in Atlanta. 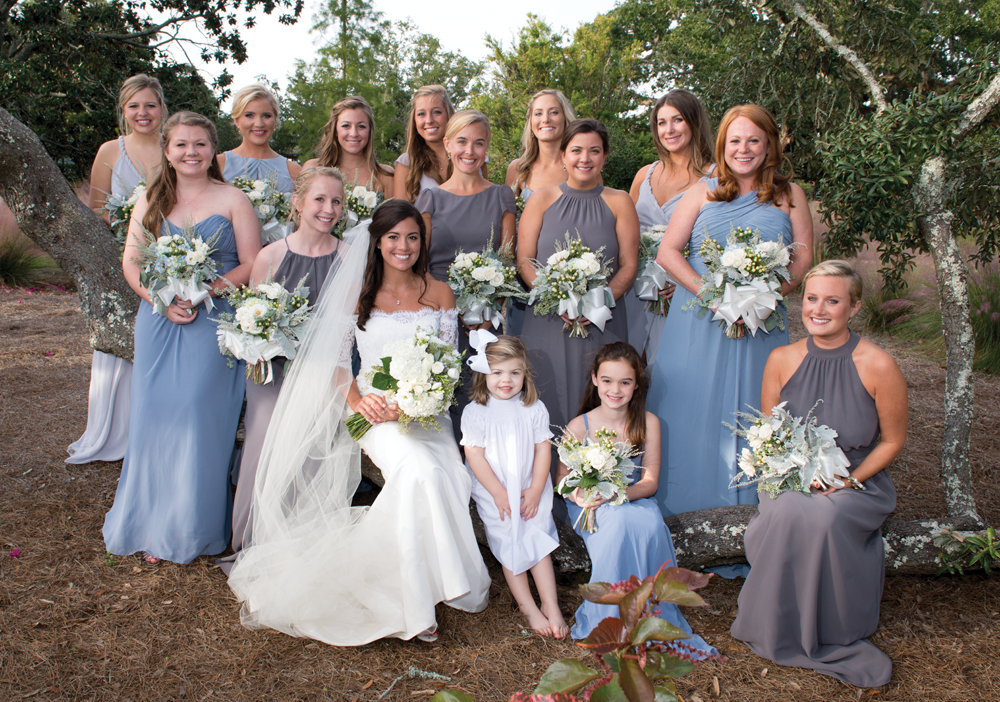 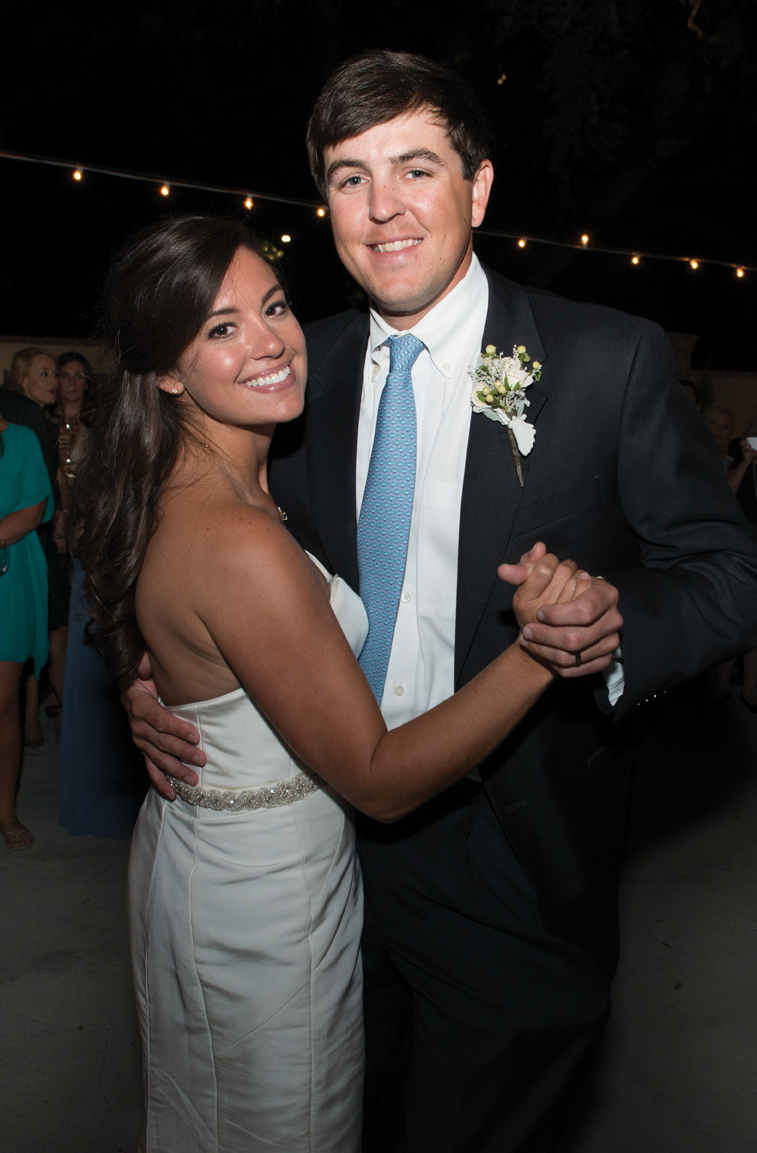 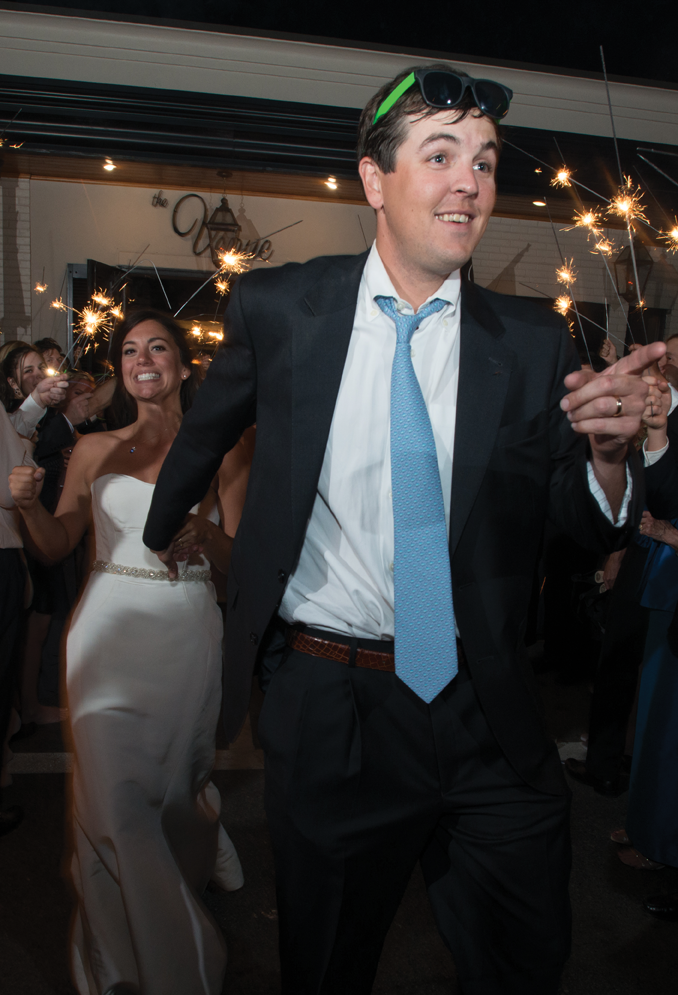 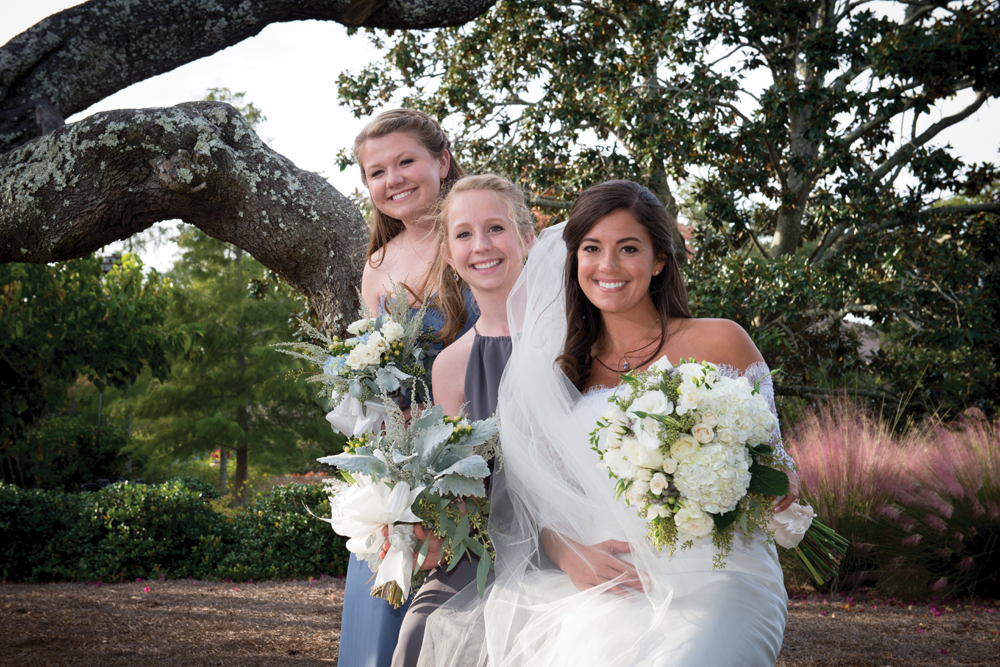