A cast bronze statue of Frenchman Pierre Le Moyne d’Iberville stands in Mobile’s Cooper Riverside Park, serenely facing the port of the city he was so instrumental in founding. Many would guess he is surveying his handiwork, but his face is tilted upward and angling toward another city a little more than 600 miles away: Havana, Cuba.

The statue, donated in 2002 by law firm Hand Arendall, is a duplicate of one that stands on Havana’s seafront promenade, near d’Iberville’s burial place in the historic center of that city.

With Cuba being a “forbidden” country, it is easy to forget that Mobile’s ties with the island go all the way back to Spanish colonial times and, though unbeknownst to many, are still active. 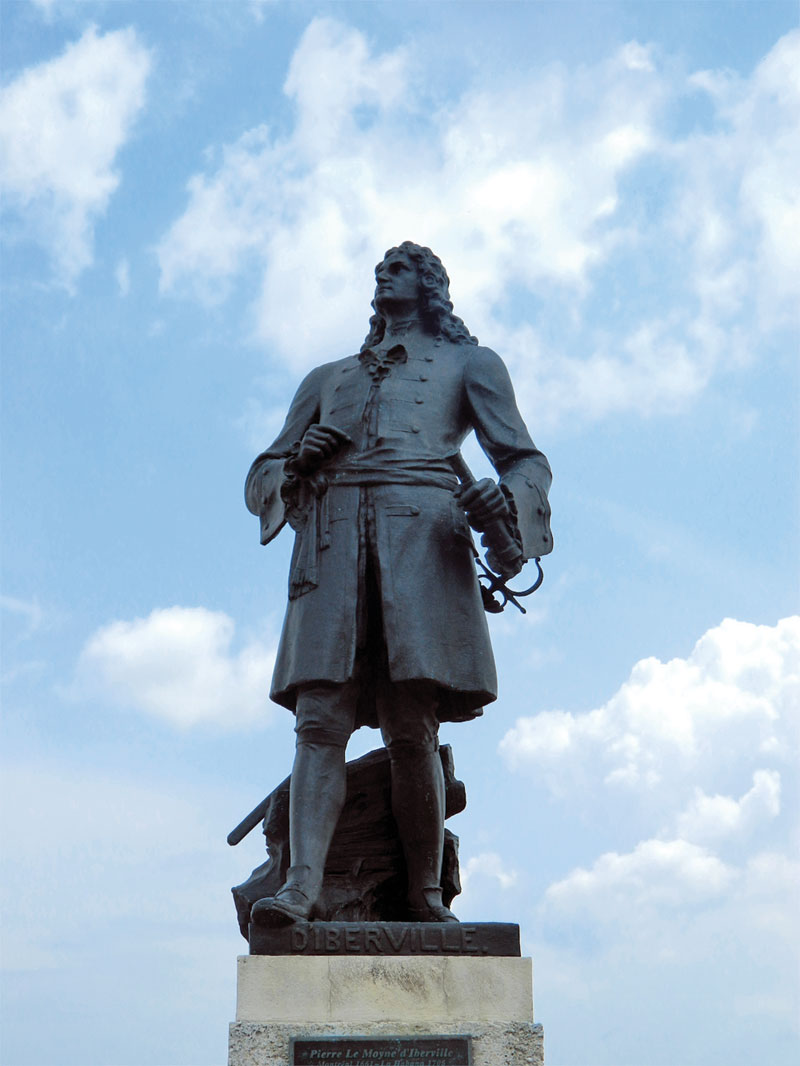 Origins of the Relationship

Havana was founded in the early 16th century by Spanish colonizers who, soon after its inception, used the city as the embarkation point for explorations to the Gulf Coast and Pensacola Bay. In 1516, Spanish explorer Diego de Miruelo ventured from Havana to the Gulf Coast area and established a trade relationship between the Spanish colonists and the Native Americans.

Other Spanish explorers followed suit. Hernando de Soto, then governor general of Havana, traveled to present-day Alabama in 1540, hoping to establish a port at Mobile Bay, but his mission failed when he clashed with area natives in the Battle of Mauvila. Soon after de Soto’s defeat, Spanish explorer Tristan de Luna sailed to the Gulf Coast, but his attempt at colonization also proved futile.Finally, in 1696, Juan de Jordán Reina made it to Mobile Bay from Havana, and founded Pensacola in 1698.

HOW TO GET TO CUBA

In 2011, President Obama reduced the restrictions on travel to Cuba. The Office of Foreign Assets Control (OFAC), part of the U.S. Department of Treasury, now issues two types of licenses to travel to Cuba – general and specific.

The general licenses do not need an application; they are for Cuban Americans visiting family in Cuba, journalists, members of religious organizations, students on trips that count toward their degrees and professional research.

Specific licenses require a lengthy application and generally a long waiting period. The most common specific license issued is for people-to-people travel. This type requires a full-time schedule of meaningful exchanges between the people of the United States and Cuba.

Companies, like Chamber Explorations, acquire a specific license for people-to-people travel, and lead trips to various locales on the island, all with the aim of promoting interactions between Cubans and Americans.

Georgia Schrubbe studied in Havana as part of the College of Charleston’s annual study abroad program and worked as a tour leader in Cuba for a licensed tour operator. Her blog is georgiaschrubbe.com.

The strengthened efforts of the Spanish along the Gulf Coast alarmed the French, rulers of the Mississippi Valley since 1682. In response, Louis XIV sent Pierre le Moyne d’Iberville to boost the French holdings in Louisiana and the Mississippi River. In 1702, d’Iberville founded Mobile, the capital of French Louisiana.

Then, in 1706, d’Iberville headed to Havana to collect supplies for  an attack on the Carolinas, but while there, he contracted yellow fever and died. He was buried at the Plaza de Armas in Havana, where he still rests. 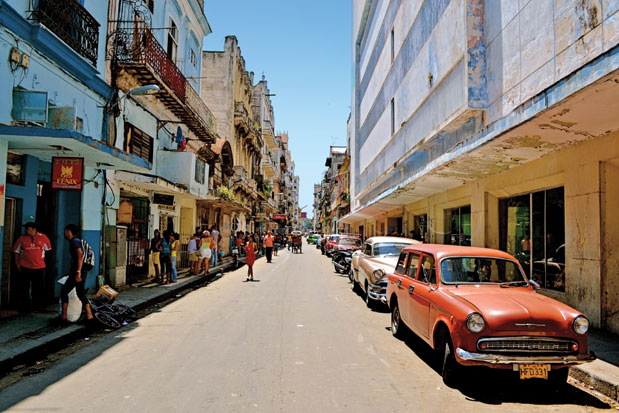 Since the early 18th century, Cuba has had an important commercial and cultural relationship with Mobile. “We had a very robust trade with Cuba. Havana was Mobile’s biggest trading partner until the embargo, ” says Michael Feore, president of the Society Mobile-La Habana. Mobile supplied cotton, timber, paper, rice and other Alabama products in exchange for Cuban copper, salt, nickel, sugar and tobacco, an especially lucrative barter before the Industrial Revolution when the price of cotton was still high.

But goods weren’t all the two cities swapped. According to Jay Higginbotham, historian and founder of the Mobile Municipal Archives, a favorite Cuban pastime arrived by way of Mobile around the time of the Civil War.

Cuba’s love of baseball began at Spring Hill College, Higginbotham says, when foreign students, brothers Nemesio and Ernesto Guillo and their friend, Enrique Porto, started playing around on campus with a ball and bat. One of them took equipment back to their Havana neighborhood of El Vedado, where the game turned out to be a hit. Nemesio went on to form the Habana Base Ball Club in 1868. He is considered to be the father of Cuban baseball.

Cubans and Mobilians collaborated again around the turn of the century, this time to fight the scourge of both areas: yellow fever. Mobile native Dr. William Crawford Gorgas drew on the research of fellow Mobile doctor Josiah Nott and journeyed to Havana to work with Cuban physician Carlos Finlay. Gorgas and Finlay attacked yellow fever at the source – the Stegomyia mosquito – common to the Alabama Gulf Coast and Cuba. Their work eradicated the epidemic in both cities and gave President Teddy Roosevelt the tools to fight the disease plaguing workers on the Panama Canal. 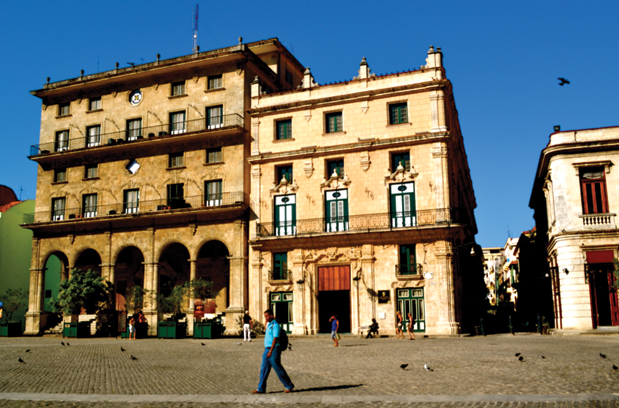 Starting in the 1920s, Cuba became a hotspot for honeymooners and spring breakers. Feore, a volunteer researcher of maritime history for the Museum of Mobile, remembers vacationing in Cuba at age 19 in 1958, before the conclusion of the Cuban Revolution, which lasted from 1953 until 1959.

“For Americans in the Southeastern U.S., Havana was the most traveled to foreign city, because Nassau and Cancun hadn’t been built up yet. Cuba really was the place to go, ” Feore says.

The U.S. attempted to overthrow Castro’s government in 1961 with the unsuccessful Bay of Pigs attack. After the Cuban Missile Crisis in 1962, President John F. Kennedy imposed a commercial and travel embargo on Cuba, forbidding Americans to trade with or visit the country, or risk violating the Trading with the Enemy Act. The terms of the travel and trade restrictions have tightened and weakened over subsequent presidential terms. 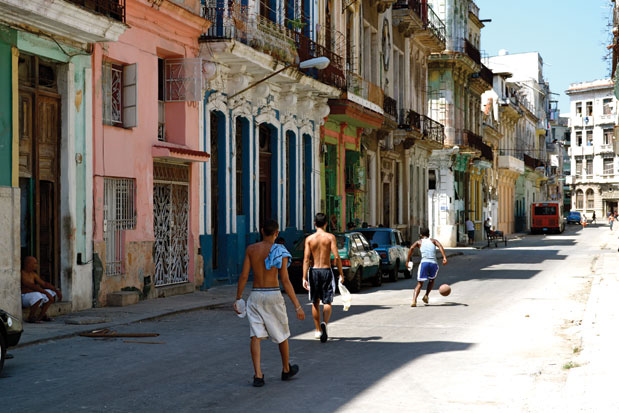 In 1993, Higginbotham was instrumental in establishing the sister-city relationship between Mobile and Havana, the first such American-Cuban partnership.

“I went down there just for an adventure, and that’s when I got the idea, ” Higginbotham says. “We had good relations with a Russian sister city, and it worked so well. We had many exchanges back and forth for several years. If it worked with Russia, it might with Cuba.”

A few months after meeting with city specialists in Havana, Higginbotham was hosting the Methodist archbishop of Cuba and Castro’s chief advisor in his Midtown home. The historian later created the Society Mobile-La Habana to sustain and promote the historical connection between the cities and educate Mobilians about Cuban history and culture.

The organization has hosted notable Cubans — Eusebio Leal, Havana’s city historian; Jorge Carlos Betancourt, the chief city planner; and others, including doctors, academics and religious leaders. In return, the society has sent delegations of Mobilians to Cuba in a cultural exchange.

In 2003, the Bush administration created tighter regulations on visits to Cuba, but that didn’t stop Mobile from hosting the Fourth National Summit on Cuba at the Mobile Convention Center and Spring Hill College in 2005. The Alabama State Port Authority and the Gulf Coast Regional Chamber Coalition, two of many area groups that have relations with Cuba and a vested interest in expanding them, cosponsored the summit.

Under the Economic Trade Sanctions Reform and Export Enhancement Act of 2000, the U.S. can sell certain agricultural and medical products to Cuba, with strict terms about what can be exported.

In the last decade, Alabama has greatly benefited from enhanced trade with Cuba, according to Judith Adams, vice president of marketing of the Alabama State Port Authority. “More than $550 million in sanctioned sale of Alabama agricultural products, ” Adams says. She estimates that at least one vessel per month leaves from the port of Mobile to Cuba. 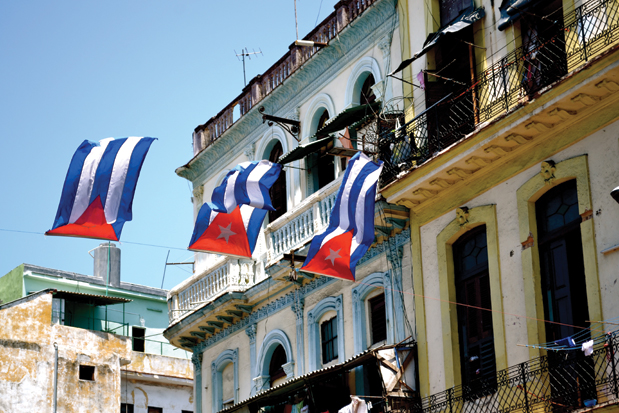 Daphne’s Church of the Eastern Shore has been traveling to Cuba since 2004 to build churches in particularly impoverished regions, mostly small villages near Havana. Pastor Mike Megginson now leads trips of missionaries to the island twice a year and is hoping to expand his work.

“We never try to be political as we work in Cuba, but my prayer is that one day, the embargo will be lifted, real freedom will be granted to the people of Cuba, democracy will prevail, the island’s economy will be restored, and the great beauty of the island will be protected, ” Megginson says.

“There’s a lot to be learned from seeing a country that’s in such rapid transition, ” Harding says. “The students can see that it’s not some evil empire.”

Though the embargo seems to be far from being lifted, trade and travel between Cuba and the United States is slowly increasing.

“I think the relationship gets a little better every year, too, ” says Higginbotham. “It seems to me that we have much in common.”

Besides historical connections, the two cities share similar characteristics: adaptability and resilience in the face of disasters, like Hurricane Frederic, a flavorful carnival culture, and the general joie de vivre that comes with coastal living. (See “Carnival in Cuba, ” below.) 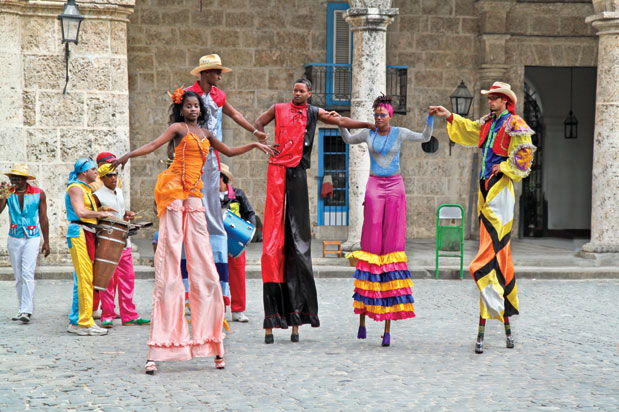 Cubans love their Carnival as much as, if not more than, Mobilians love their Mardi Gras. Similarities between the two festivals abound. Both were originally held in correlation with the Epiphany, and both can be traced back to Italy’s Carnival of Venice in the 1200s, which later spread to France and Spain.

Most every Mobilian knows the origin story of our Mardi Gras, how the French settlers brought it over with them in 1702, and of course, the tale of Joe Cain and his revival of it after the Civil War, but the history of Cuba’s Carnival is quite different. There is evidence that their tradition dates back to before 1585. With permission from their Spanish masters, African slaves were allowed to celebrate Epiphany Day with songs and dances from their homelands.

Over the centuries, the dates for the festival have shifted to the summer months. The tradition has blossomed into an explosion of color, sound and culture that parades music, dancing, “comparsas” (bands that play the conga), floats, puppets, “muñecones” (huge figures representing different characters), and “faroleros” (dancers who carry multicolored accessories resembling streetlights) through the capital city, usually along the Malecón, Havana’s 4-mile long esplanade and seawall.

Groups of dancers, such as La Jardinera, La Giraldilla de La Habana, Los Guaracheros de Regla, Los Marqueses de Atarés and El Alacrán, are founded in the neighborhoods of Havana. Much like our Mardi Gras organizations and high school marching bands, they play an intregal part in the celebration and pass the parading tradition down from generation to generation.