I’ve visited lots of tree farms: Christmas trees in Virginia, pines around Alabama, maples near Auburn. The last thing I expected in Mobile County was a palm tree farm.

Add the imports – sabals, pindos, European fans and others – and it’s hard to drive around town without passing one. But to find Bob Bateman’s Palms Unlimited, you must travel there on purpose. It’s off the beaten path, on Scott Dairy Road in West Mobile. The owner and his production manager, Jason White, meet me at the gate. Behind them, military-straight ranks of palm trees, 35, 000 in all, parade across 45 acres of ancient floodplain.

The soil is one ingredient that makes palms thrive in our crossover climate. Clay soil, covered by fertile sediment, helps form roots into a ball that holds together during transplanting.

Bob learned agronomy from his father, Robert Bateman Sr., who was director of Louisiana’s Agricultural Extension Service. Few knew more about growing things in Southern soil than his dad, so naturally, Bob’s love of palms began as a youngster. “They were the most beautiful trees I had ever seen, ” he says. By 1947, the young businessman was gathering palm seeds on the state Capitol grounds, transplanting seedlings into salvaged food cans, and marketing his foundling products. A dream was born, but it would take another 45 years to bear fruit.

Bob had a busy work life. He served his country in active and reserve capacities and retired as an Air Force officer. After working as a landscape architect for years, he opened a retail garden center on a shoestring. “There are no lazy nurserymen. On weekends when other people were fishing or playing golf, I was out mowing my grounds before daylight.” In 1992, he sold the nursery to his employees and opened Palms Unlimited. “My nursery friends told me I was crazy.”

Palms are a slow crop, and many potential growers can’t wait long enough for a return. Seeds planted today won’t show green until fall. Two to three years later they’ll be transplanted to gallon containers to concentrate their root systems. By year five, the plants go back into the ground to develop. “Right now we’re selling a 15-year-old product, ” White says, pointing to a 20-foot tree.

Bob and Jason have built Palms Unlimited into the largest southeastern palm wholesaler outside of Florida. Each year, they ship up to 3, 000 field-grown, cold-hardy palms – meaning they can withstand a winter freeze – as far north as Long Island. Their largest markets are in Dallas / Fort Worth, Atlanta and Virginia Beach.

The pair is constantly auditioning new trees to see which grow best in our climate. One non-starter was a clumping “Taliban” palm that couldn’t make the transition from arid Afghanistan to humid Alabama. To accelerate natural selection, the staff harvests and replants seeds from individual trees of other varieties that have thrived in rough weather years. Those plants make their way gradually into the product line. 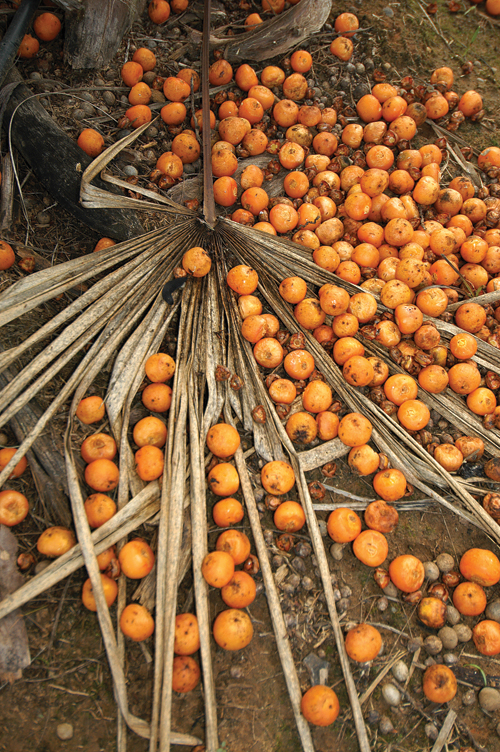 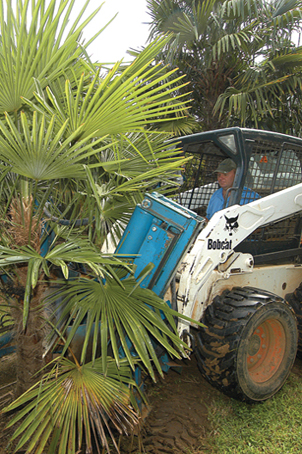 As I wrap up the interview, Jason fires up a Bobcat and moves it into position beside a 7-foot windmill palm. Diesel fumes cloud the air as he angles three hydraulic spades into the soil. He raises the digging machine, and plucks the tree from the ground.

Using a shovel, he shears the soil into a 24-inch root ball, swaddles it in burlap, and secures it with pinning nails like a parent covering a baby’s behind. The palm business is not for sissies. It takes both of us to heft the tree into my pickup. I leave with a piece of the story, a bit of green that will shade my lawn long after I am gone.