EIB: All three of your novels, “The Hideaway,” “Hurricane Season” and now “Glory Road” are set in lower Alabama. How has growing up on the Gulf Coast informed your fiction?

LKD: Water got into my blood early on. We spent lots of time during the summers and on vacations on the Gulf, Mobile Bay and in Bon Secour. I didn’t realize how important proximity to water was to me until I moved away from it and missed it so much. I set my stories in some way near the water so I can set my head there for however long it takes me to write the story. These days, my family spends most of our vacations in Perdido Key on Ole River. (Technically Florida, but the water itself doesn’t know when it passes from Alabama to Florida.)

EIB: “Glory Road” is a story set in present day in the fictional small town of Perry, Alabama, just north of Mobile. Your character Jessie graduated from high school in 1997 — the year you graduated from UMS-Wright. Did pulling from your own memories help you to develop this female character’s experience?

LKD: I rarely use specific situations from my own life, but I do try to infuse a character with feelings and emotions I feel or have felt in the past. I did specifically pull music from my own life. I wanted a scene with Jessie and her high school friend, Ben, reminiscing over one of those big, black zip-up CD cases, listening to the music that was a soundtrack to their younger years. All I did was imagine my own big, black zip-up CD case from high school, which  was stolen out of my car and I still miss terribly. But Counting Crows, Dave Matthews — I loved reliving the music through that scene.

EIB: Mother / daughter dynamics loom large in this novel. I was especially interested in 40-year-old Jessie’s relationship with her 14-year-old daughter, Evan. The girl does not exhibit the typical teenage angst I often read in novels — or that I myself had as a teenager. As Evan navigates her teenage emotions and new experiences, Jessie talks less and listens more. I want to be like that when my little girl is a teenager.

LKD: That’s exactly what I thought! Honestly, I learned a lot from the way Jessie relates to Evan in the story. With my own daughters, my tendency is to talk way too much without listening enough — and Jessie does the opposite. Maybe it was my way of preemptively figuring out how to deal with a teenager, so when we get there, I won’t be so caught off guard.

EIB: Jessie owns a gardening shop, and, in many ways, her business defines who she is. What made you give Jessie this profession? Do you have a green thumb?

LKD: I’m actually not a gardener. I can keep some plants alive, but in the book I channeled my mom, who is a wonderful gardener. I love the idea of coaxing beautiful things from dirt that looks empty and lifeless. It’s an apt metaphor for life and unexpected changes that come along.

EIB: How has reading played a role in your writing life? When we were roommates at Auburn, you read voraciously. Which books have most influenced the way you write?

LKD: Because of my lifelong love of reading, I knew before I started writing what made a story satisfying for me. The quieter stories stay with me long after I finish them — the character-driven instead of the plot-driven stories. I love Sarah Addison Allen’s “Garden Spells” and Sue Monk Kidd’s “The Secret Life of Bees” — Kidd’s book was a huge eye-opener for me and my writing. A couple of my recent favorites are “Last Ride to Graceland” by Kim Wright and “Gods of Howl Mountain” by Taylor Brown. 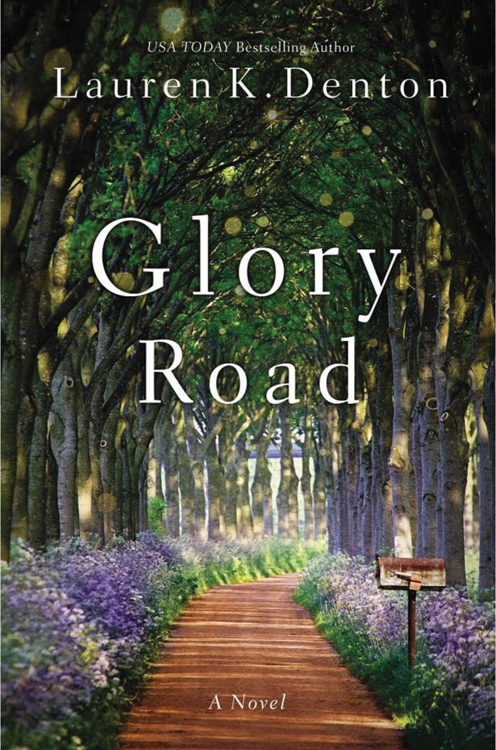 “Down a few steps was another portion of the dock, but this part was older, basic, and no frills. Just two Adirondack chairs at the end and a pair of rubber water shoes. It was a calm evening, but the water made music, lapping against pilings, wood slats, and a canoe tied to one of the railings. I could see why Olivia wanted the ceremony out here by the water. As we spoke, the sun was already sliding down toward the horizon. Passing clouds lit up like electric-blue-and-purple slashes across the sky. In minutes everything would be a blaze of orange and pink.”