Given in marriage by her father, the bride wore a petit pois tulle and lace Pronovias gown with a sheer appliquéd back and scalloped hem from Bliss Bridal in Fairhope. Her chapel length veil was custom made in Colorado from organic, raw silk tulle.

The bride chose her lifelong friend, Brandee Nicole Moore, as her maid of honor. Her bridesmaids, who are also longtime friends of the bride, were Carey Dekle Arensberg, Ashley Leachman Efstration, Jennifer Lanier Massey and Allison Busbee Trexler. The bridesmaids wore floor-length, cloud blue Amsale gowns with ruffle details and an open back; which flowed beautifully in the bay breeze.

The couple’s labrador retriever, Lucy, made an appearance for pictures at Sacred Heart in her custom flower collar, made by Belle Bouquet.

Following the ceremony, an intimate reception was held at the home of the bride’s aunt in Lakewood Estates. Guests danced the night away to the Real Big Deal Motown band in their #newellywed sunglasses, given as one of the party favors. Cocktails and a variety of main dishes were served, including boiled shrimp, beef tenderloin and the couple’s favorite, Jamaican jerk chicken, prepared by Creative Catering by Sean. Vicki Stankoski of Wed With Style pulled off an unforgettable, beautiful wedding weekend.

After a honeymoon trip to Turks and Caicos, the couple now resides in Mobile. 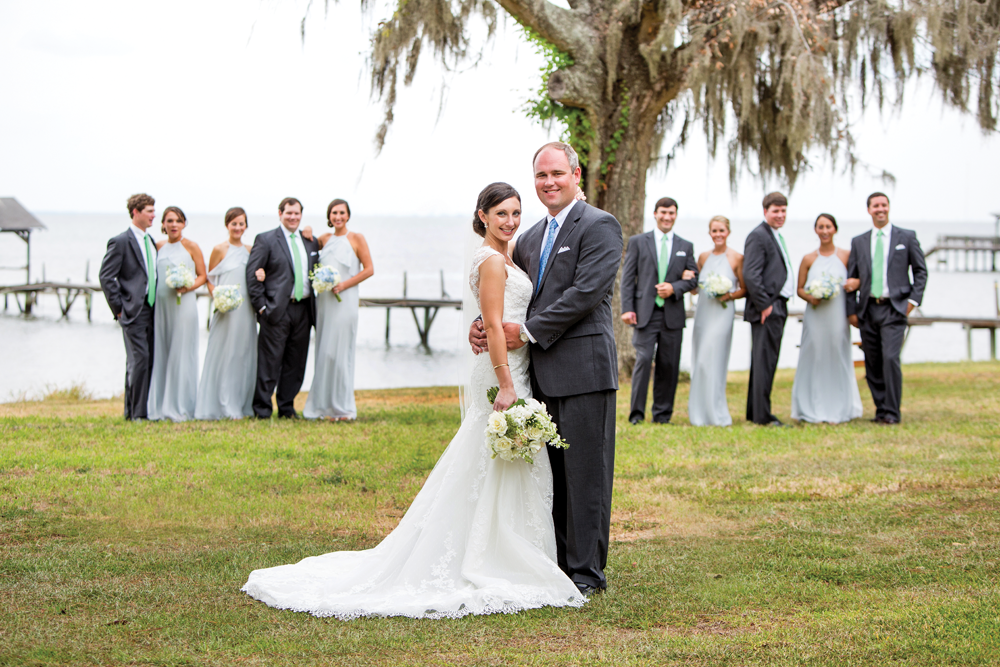