The bride is the daughter of Ms. Deborah Feder Ramsey and the late Robert S. Ramsey, of Mobile. The groom is the son of Mr. and Mrs. Robert Michael Davis, of Franklin, Tennessee.

The bride, escorted by her mother, wore a Coren Moore fit-and-flare gown of ivory silk shantung with covered buttons extending to the tip of the train. The dress was accented with a Modern Trousseau belt of ivory lace and intricately detailed beadwork. Toni Federici’s Truffle veil completed her ensemble. The bride carried a bouquet of white peonies and white roses.

The bride chose her sister, Anna Ramsey, as her attendant. She wore a deep coral one-shoulder chiffon gown by Amsale. The groom chose his father, Robert Davis, as his best man. The groom and his father wore gray suits with silver ties. Leighton Lufburrow served as flower girl, and Davis Pittman served as ring bearer. Elizabeth Dunnam and Josh Pittman delivered scripture readings during the ceremony. The church was decorated with two exquisite flower arrangements at the altar comprising of seasonal flowers local to Florence, Italy, such as white hortensia, lisianthus and roses, as well as pink peonies.

Following the ceremony, in the formal gardens of the church guests enjoyed a wedding toast to the couple with Prosecco, regional Italian wines and the couple’s signature cocktail, Bellinis. Traditional Italian antipasti were also served at this time in the church gardens. Then, a formal seated dinner was held in the home of the Rev. and Mrs. Mark Dunnam on the church campus. Candlelit tables were decorated with fine ivory linens, and glass vases of varying heights held pink peonies, white roses and white lisianthus.

After the seated traditional Tuscan dinner, a customary Italian wedding cake consisting of custard and fresh fruit was served under the portico of St. James on an elegant gold epergne adorned with flowers, while a sweet almond station was just a few feet away.

Music by Marcello and dancing under the Tuscan night sky provided great entertainment for all. After the couple’s first dance, guests danced the night away.

After traveling to Italy’s Amalfi Coast for their honeymoon, the couple now resides in Nashville. 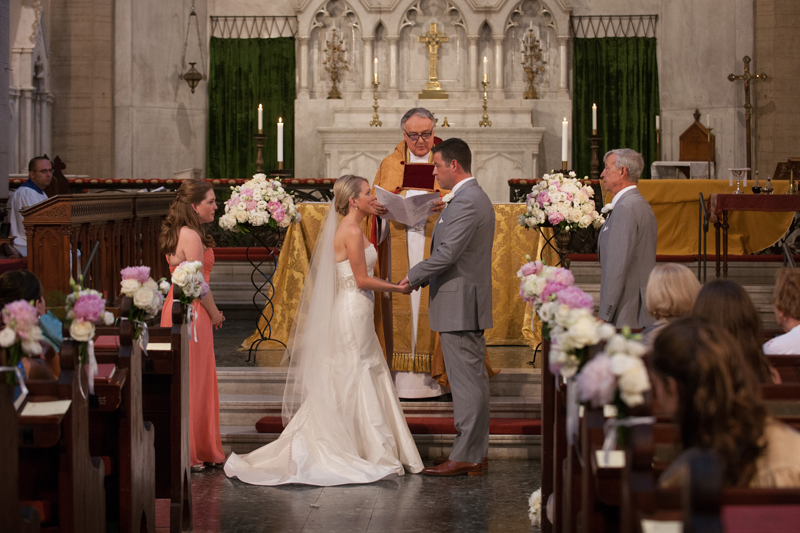 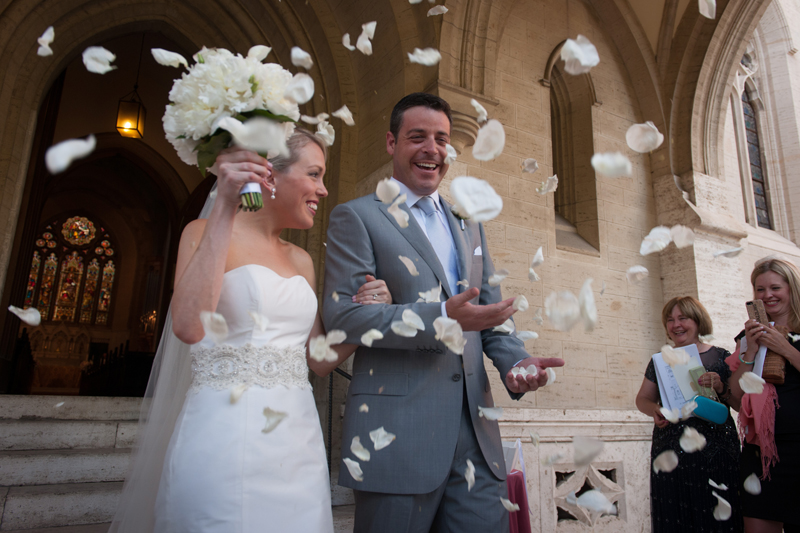