Sarah Hurst Austin and Hal Johnson Isbell Jr. were united in marriage at Dauphin Way United Methodist Church on June 20, 2015, at 6:30 in the evening. The ceremony was officiated by the Rev. Brad Goode. Violinist, Enen Yu and organist, Colleen Hicks provided music.

Escorted by her father and given in marriage by her parents, the bride was attended by her sister, Blakeley Nash, as matron of honor. Bridesmaids were Katie Austin, sister in law of the bride; Christi Jordan, sister of the groom; Olivia Hails and Rebecca Hails, cousins of the bride; Graysi Gartman, Haley Goodman, Camille Herndon, Jackie Robinson, Aubrey Pugh, Claire Flowers and Powell Sims.

In keeping with tradition, the bride wore a waltz-length veil embellished with lace and pearl that had been previously worn by both her mother and sister. The bride carried a bouquet of cream and blush peonies,  hydrangeas and roses created by Belle Bouquet Florist.

Following the ceremony, a joyful reception was held at the Bragg-Mitchell Mansion. Despite the Mobile heat, guests danced to the music of Hotwire, a lively motown band complete with horns. The home and tent were decorated with lush arrangements of roses, hydrangeas and ivory flowers. French antique furniture belonging to the bride’s grandparents, the late Mr. and Mrs. Edward T Hails, was arranged in front of the home to provide outdoor seating. Naman’s Catering prepared a wide array of delicious summer dishes. The wedding cake was created by Flour Girls and topped with her mother’s spun sugar topper. Lighting artists from Showbiz Theatrical Company enhanced the romance and Southern charm of the event with a grand chandelier and string lighting.

The couple was sent away in a shower of lavender to honeymoon in Jamaica. Sarah and Hal now reside in Charleston, SC. 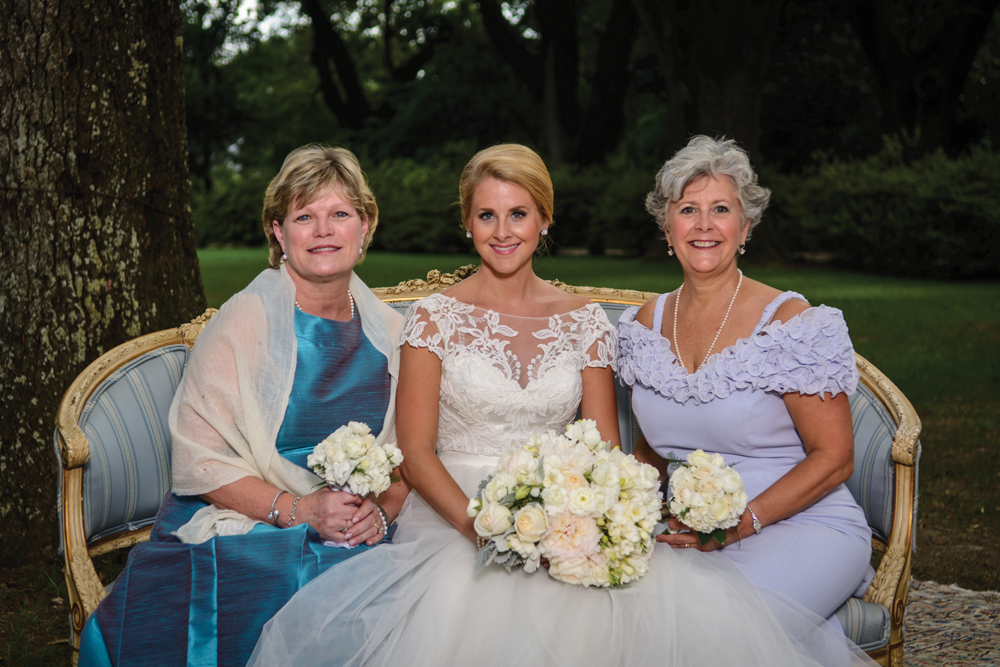