Nearly 80 years ago, a tall young man who had grown up roaming the swamps and bays of the Mobile-Tensaw Delta created a necessity that would become a legend around Lower Alabama. In the early 20th century, swamp people, like Lawrence Stauter, lived simple, isolated lives hunting and fishing in the fertile Delta wetlands. They ran trotlines and nets to catch catfish for food and to sell. They hunted deer, wild hogs, ducks and other game for food. The swampers needed boats to survive in the primordial wet wilderness. Living in isolation, they couldn’t easily run down to the local marine dealer to buy a boat, even if they could afford one. Instead, they used cypress harvested from the swamps to build what they needed.

Lawrence graduated from high school in 1930. With the country struggling through the Great Depression, the teen couldn’t find a job, so he started building boats using the skills he’d learned from his father, Lence, who had crafted several vessels from native cypress planks and oak, including one 32-footer with a two-cylinder engine.

After World War II began and his father suffered a stroke, Lawrence took a construction job in Mobile to support his family. With the extra money he earned, he bought some land and built a house on the Causeway for himself and his wife, Kathleen. Then, after the war ended, he built a workshop behind his house and began building boats again. In 1947, the first new Stauter hit the water.

Boat orders poured in faster than Lawrence could build them so he hired helpers. As demand grew, he developed and tested several of his own designs, and before long, the fledgling company was producing several models of 12-, 14-, 15.5- and 17.5-foot boats. By 1949, the company turned out 30 vessels a month. At its peak, Stauter Boat Works built more than 400 watercraft a year.

Stauters became especially popular with fish camps – many purchased 10 or 12 at a time to use as rentals – because they provided rugged, stable platforms that even the most inexperienced operators could use and return safely without tearing them up. 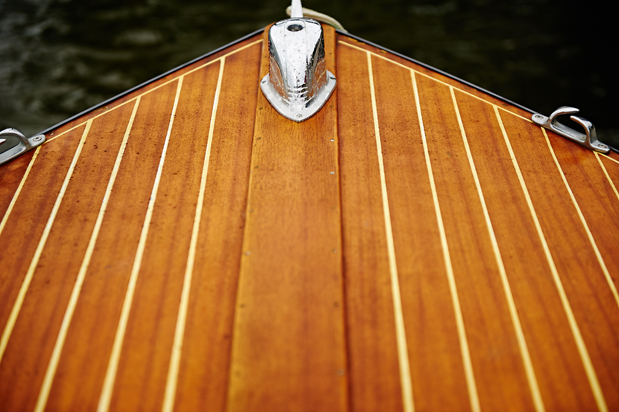 When cypress became scarce and too expensive, Stauter switched to mahogany for fashioning ribs to hold together the marine plywood sides, bottom and decking.

A Change in the Weather

Stauter continued building the durable boats until Hurricane Frederic struck in 1979. The Stauter family escaped to higher ground, but the 12-foot storm surge and 125-mph winds demolished the family home and boat works on the low-lying Causeway, next to where Lap’s Grocery and Grill rests today.

At 68 years old, with no children to carry on the family business, Lawrence decided to retire. In January 1980, he sold the business and boat patterns to brothers Gene, Joseph and Vince Lami. Upon parting with the company, Lawrence gave his first cousin’s grandsons some advice: “Hold your quality!”

“Mr. Stauter always wanted to build affordable, dependable high-quality boats that would last. A well-kept Stauter Boat will last a lifetime and will retain its monetary and sentimental value for years, ” says Gene. “They’re a Mobile tradition. I bought my first boat from Mr. Stauter in 1973. I still have it, and I still love it.”

When they purchased the company, the Lamis, who had previously been in the cabinetry business, moved the workshop to a place off Three Notch Road. In the 1980s, the brothers built about 130 to 160 boats a year. The family estimates that around 10, 000 Stauters have hit the water since that first $25 model.

Although Joseph left the business years ago, Gene and Vince carried on the building tradition until the economy crashed and orders declined. In 2010, the Lamis constructed their last new vessel. Fulfilling a lifelong dream, Julius Sitterlee bought that boat – a 15.5-foot semi-vee bottom boat with 20-horsepower Tohatsu outboard and a trailer – for about $15, 000.

“I could have bought an aluminum or fiberglass boat for a lot less, but I wanted a Stauter all my life, ” says the 71-year-old. “When I got older and could afford it, I had them make one for me. I almost waited too long.”

Although Stauter Boat Works no longer produces new boats, they still have a loyal following. The brothers and their crew restore older craft to their former glory; they also sell and service Tohatsu outboards, galvanized trailers and parts. “Now old Stauter Boats are even more of a hot commodity, ” says Gene. “I’m amazed at what some people pay for a used one.”

Lawrence Stauter died on Nov. 20, 1998 at age 87; however, his name lives on. It is etched on thousands of little brass plaques skillfully affixed to mahogany panels of some of the most exquisite wooden boats to troll the rich waters of Lower Alabama. 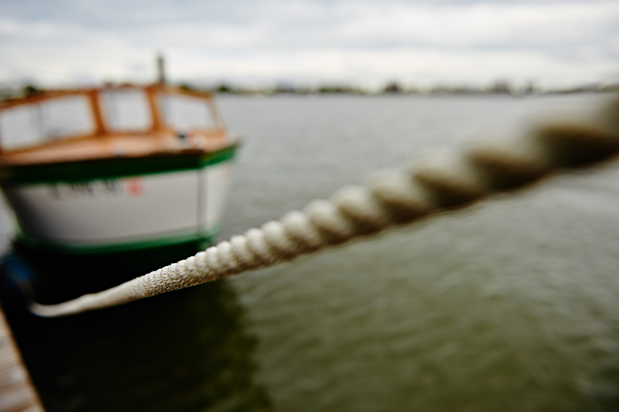 “My brother, Trip Walton, and I grew up spending the lion’s share of our summers on Mobile Bay. Our grandparents, George and Marianne Haas, had a cottage a few driveways north of Bailey’s Creek. They purchased the house and lot for $9, 000 in the 1930s. A while back, Trip mentioned that he had been thinking about buying a Stauter like Granddaddy’s. I found the boat for sale, so we went in 50/50 and bought a Cedar Point Special with a 1985 hull that was fully restored. We had it reregistered in our names, had a custom boat cover made and spent a pretty penny upgrading the trailer.

Afterward, as we sat on the wharf at his place near Mullet Point, sipping wine and looking at our connection to our childhood memories, Trip asked me how much we had spent. When I told him, we both got a good laugh at our own expense. We had put into the Stauter almost two times what our grandparents had paid for that lot and house on the Bay! Priceless.” – Marianne Terry

“My husband, Mike, truly loved everything about the craftsmanship of these boats, and we owned two of them. He loved this boat, left,  I am sure more than me. He spent every weekend on it, and everyone knew him by sight and a wave from the Stauter. Sadly, he drowned while swimming to retrieve it as it broke from its mooring off Ono Island,  on a cold, windy day in April 2008. I love this picture as it represents cherished memories of him on Robinson Island and in the waters he loved. (We moved to Orange Beach in 2004, after 28 years in Mobile.) He fished at dawn every weekend from the boat as well off the shores just outside of the Pass, where we eventually laid his ashes to rest. Our lives have changed forever, but it’s memories like this that keep him alive in our hearts.” – Vicki Kopf

“Growing up in Monroe, La., I had the privilege of spending time each summer along the Alabama Gulf Coast. My father, Charles McCardle, born and raised in Mobile, would put me on the plane to stay with my grandparents and my uncle, Randy McCardle.

When my uncle purchased an old Stauter, it was a game changer. Many fond memories took place in this old boat, fishing the Bay, the backwaters and my uncle’s secret flounder hole off Orange Beach. The boat is still around nearly 20 years after I first fished on her. She’s in need of a little TLC, but someday she will be back in action.” – Jonathan McCardle