Known as: “The Queen of Flowers”
Symbolizes: Romance and prosperity
Pairs well with: Broad, vibrant hosta leaves or waxy magnolia leaves; soft clusters of hydrangea
Season: Early spring
Price level: $10 – $14 per stem
The round, fluffy peony is the hottest blossom in recent years. The bright sunny yellow center of the fully bloomed flower creates a striking contrast to its often white or pink petals. While most commonly used as a primary flower in bouquets because of their large size and perfectly round shape, Ron Barrett, of Zimlich Brothers Florist, notes that a smaller, partially opened bloom can also serve as a charming boutonnière for the groom.

Known as: “Buttercup” or “Coyote’s Eyes”
Symbolizes: Charm
Pairs well with: Structured tulips or succulents in muted shades
Season: Spring to early summer
Price level: $3 – $8 per stem
The Latin name ranunculus means “little frog” – a fitting definition as this flower grows native to swampy grounds. It produces fragile, tissue-like petals in an array of sharp colors. Their round shape works well for traditional or eclectic bouquets.

Known as: “Larkspur”
Symbolizes: An open heart
Pairs well with: Snowy-­hued blooms like lilies and roses
Season: Summer
Price level: $3 – $5
Derived from the Greek word “delphis, ” meaning dolphin, delphinium have several curved blooms on each stalk. These flowers have such a true cerulean color that Native Americans and European settlers used them to make blue dye. “Delphinium is the perfect Auburn blue, so I’ve used these before for football-themed weddings many times over, ” says LeNae Denson, of Cleveland the Florist. In addition, it is the July birth flower so is commonly used in late summer bouquets.

Known as: “Sweet-Smelling Flower”
Symbolizes: Purity
Pairs well with: Leafy fern fronds,  velvety lamb’s ears
Season: Spring, summer, early fall
Price level: $10 – $15 per stem
Gardenias are delicate white blossoms that emit a strong, sweet fragrance. While Barrett and Denson are both frequently prompted to use these aromatic buds in weddings, Denson notes that they are not ideal for bouquet flowers because they bruise so easily. She suggests to instead use them as an accent to a bridal coif. Barrett adds that they are light enough to float in water for an unexpected centerpiece.

Known as: “The Trumpet Flower”
Symbolizes: Magnificent beauty
Pairs well with: Other long-­stemmed flowers or plants
Season: Year round
Price level: $5 – $10 per stem
In recent years, calla lilies have become popular with modern, minimalist brides. Their lengthy, thick stems are sturdy and sleek enough to provide a solid base for a bride and her wedding party to grip as a singular flower or in an arrangement. In addition, they can make striking centerpieces, particularly when placed in a clear vase that displays the stem along with the bloom itself in a simple, streamlined way.

Known as: “Freese’s Flower”
Symbolizes: Innocence and friendship
Pairs well with: Roses and other mild-­scented flowers
Season: Year round
Price level: $3 – $5 per stem
Freesia is a notable choice because of its citrusy scent and upward-facing bell shape. Available in hues of yellow, gold and white, as well as vibrant pinks and reds, these multi-bloom flowers sit atop wiry stems. According to Denson, while their aroma may be the epitome of a Southern summer, freesia may aggravate those with allergies. In addition to holding symbolism at the actual wedding, freesia is the official bloom of the seven-year wedding anniversary.

Known as: Tea Roses or Heritage Roses
Symbolizes: Reverence
Pairs well with: Queen Anne’s Lace and ranunculus to balance volume
Season: Year round
Price level: $5 – $10 per stem
The garden rose is a hybrid blossom, available in any color imaginable. These classic, wide flowers are perfect for a variety of uses from centerpieces to bouquets. Denson has even used these flowers to adorn wedding cakes as they provide a soft,  textural contrast to the smooth icing. She notes that these are often
requested in romantic shades like pink and blush. “Blush is the new peach, and the garden roses are really perfect for creating a romantic atmosphere.”

Known as: “African Daisy” or “Gerber Daisy”
Symbolizes: Cheerfulness
Pairs well with: Classic floral options, like roses and hydrangeas
Season: Year round
Price level: $3 – $8 per stem
Gerbera daisies are the most commonly used cut flower in the world and are an optimal choice for adding a hint of whimsy to any wedding. They are available in various bright shades, with day-glow orange and hot pink taking precedence as bridal favorites in recent years. These versatile blooms are smile-inducing.

Known as: Hortensia
Symbolizes: Sincerity
Pairs well with: Frilly peonies or dusty miller for textural complement
Season: Late spring to summer
Price level: $5 – $20 per stem
Grown on bushes all over backyards in the Deep South, hydrangeas are  heirloom flowers with soft, flat blooms that cluster. They are available in standard, mini and antique (large) varieties. Denson says that lately a popular choice has been the mini green (a smaller, tighter bloom) paired with stark whites, creams and berry shades. While this flower has gained a reputation for wilting, Denson says that this is easy to avoid with a bit of planning, “As long as you keep them in water when they aren’t being used, they will stay fresh and fluffy.”

Known as: “Texas Bluebell”
Symbolizes: Flamboyance
Pairs well with: Seeded eucalyptus or cymbidium orchids
Season: Year round
Price level: $3 – $5 per stem
Lisianthus flowers boast multiple blossoms per stem and are available in popular stark whites and pale greens, reminiscent of the shades used in Kate Middleton’s royal bouquet. This cupped flower has a slightly peppery scent. Its appearance is similar to that of a morning glory and makes an ideal complementary bloom in a classic bridal bouquet.

Known as: “Boat Orchids”
Symbolizes: Virtue and morality
Pairs well with: Lush greenery like mini green hydrangeas, eucalyptus and echeveria succulents, as well as other tropical flowers
Season: Winter and spring
Price level: $15 – $35 per stem
Cultivated for thousands of years, the cymbidium orchid is considered one of the most desired flowers in the world. In Asian cultures, it is an honor to receive a cymbidium orchid as a present. The overall look of the flower resembles a tiny face and creates a luxe feeling in centerpieces and cascading bridal bouquets. These exotic blooms grow on spikes of five to 25 flowers, each of which makes a bold statement for the big day. ❤ 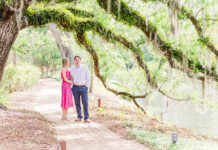 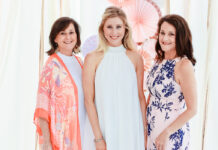 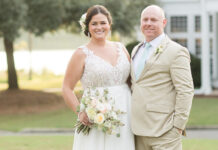 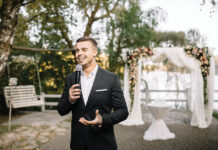 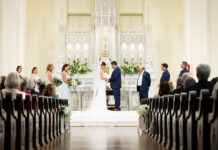