Tory Marie Bock and Michael Merritt Hixon were united in marriage at Dauphin Way United Methodist Church on Saturday,  May 16, 2015. The Reverend Robin C. Wilson, of Mobile, officiated with assistance by the Reverend Joe Watson of Elberton, Ga.

The wedding festivities began on Friday morning as the bridesmaids joined the bride for a luncheon at Spot of Tea. Following the wedding rehearsal Friday evening, the groom’s parents hosted the after-rehearsal dinner and post-toast party at the Azalea Manor. The guests enjoyed Naman’s catering while dancing the night away to a small band.

Given in marriage by her father, the bride walked down the aisle in a silk and lace custom wedding dress by Alabama designer Augusta Jones, with a cathedral-length train decorated in Swarovski crystals and pearls. She wore a cathedral length veil with blusher trimmed in handmade lace from Ivory and White. The bride carried a cascading bouquet of white orchids created by Belle Bouquet.

The bride chose her twin sisters, Tiffany Bock Smith and Christina Bock Giuliano, as her matrons of honor. The bride chose Grace Ellen Johnson as her maid of honor. Amy Berthaume, Hannah Reynolds Thomas, Taylor Dobert, Samantha Shorter and Sarah Hyman served as bridesmaids. They wore champagne colored floor-length gowns made of silk chiffon and carried bouquets of all white including calla lilies, roses and hydrangeas. Phrankey Lowery, of Studio PH, created beautiful and unique hairstyles topped with miniature orchids for the bride and each attendant. James Edward of J. Edward did the bride’s makeup, while Brittany Wilson assisted the wedding party with makeup.

Following the ceremony, the Excelsior Band escorted guests on trolleys to an elegant Southern reception at the Bragg-Mitchell Mansion. Guests sipped on Bucky’s champagne punch and dragon berry mojitos, the signature drinks for the evening, and enjoyed Southern favorites, such as crawfish over fried green tomatoes and shrimp and grits provided by Naman’s Catering. Cakes by Judi created the bride’s six-tiered cake, adorned with intricate handwork and live peonies, and the groom’s two-layered Auburn-themed pound cake. “Aubie” the mascot of the couple’s alma mater was seen beside the cake in a golf cart.

The guests danced the night away beneath a tent lit by Italian lights and crystal chandeliers to music by the band, Trotline, of Atlanta. Each table was draped in champagne linens and topped with large silver vases full of lush flowers like hydrangeas, roses and lilies, all in white. Hurricane vases and candles adorned the property to provide romantic lighting. Chad Riley Photography and RHR Media Productions Videographer beautifully captured the events of the day.

After a honeymoon in Jamaica,  the couple now resides in Birmingham, Alabama. 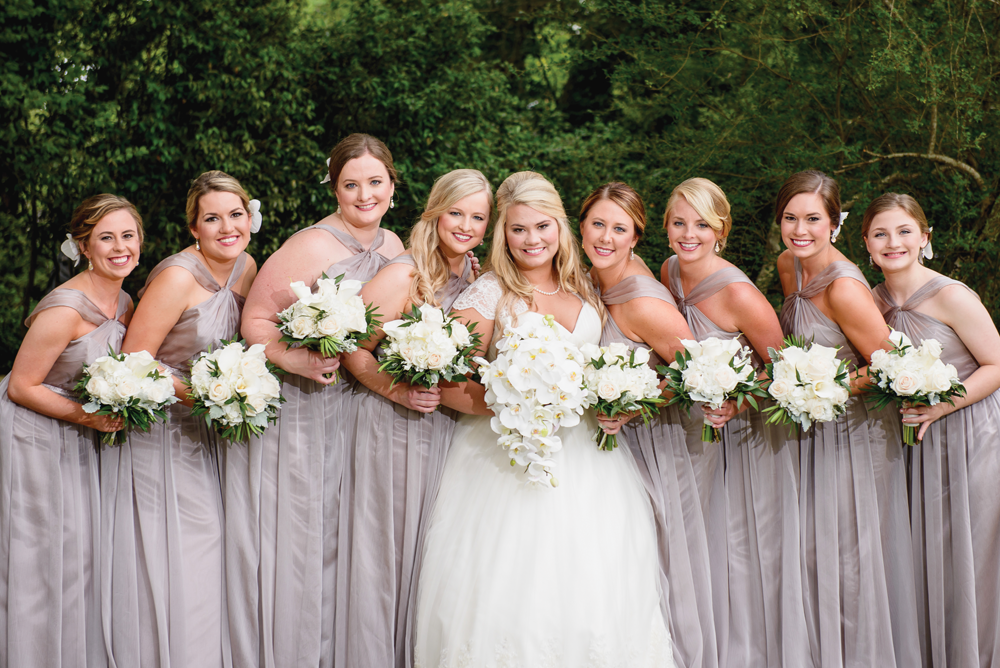 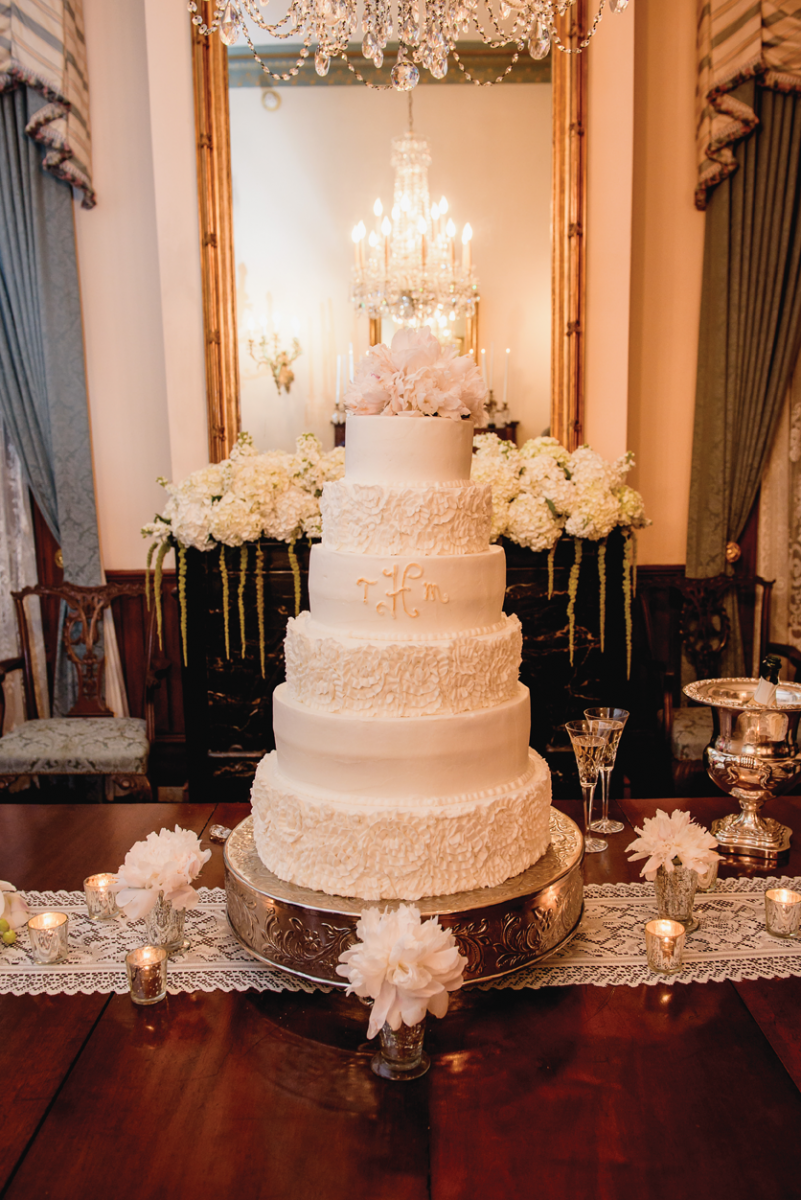 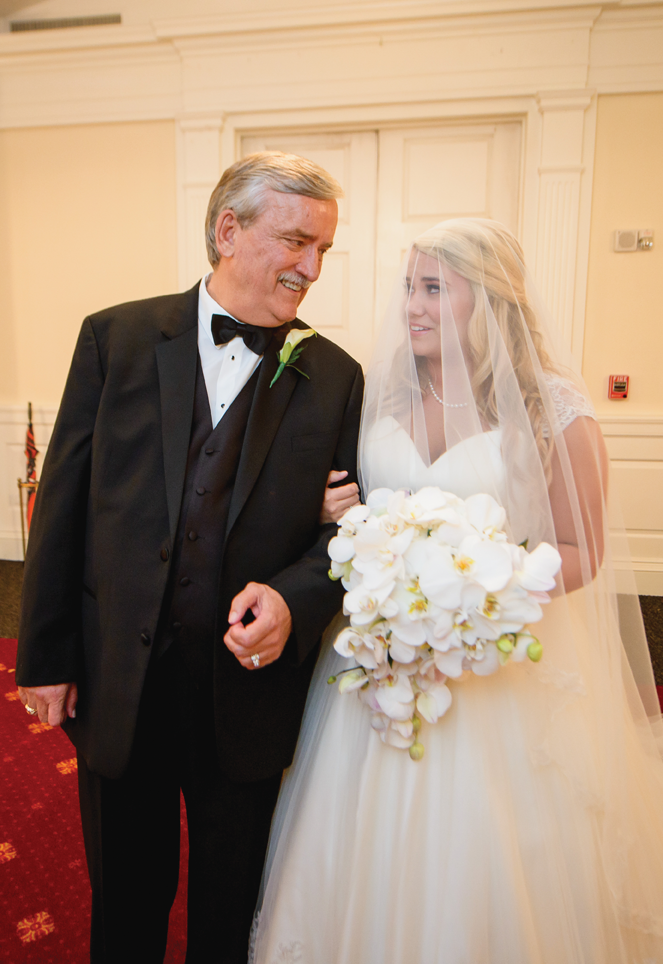 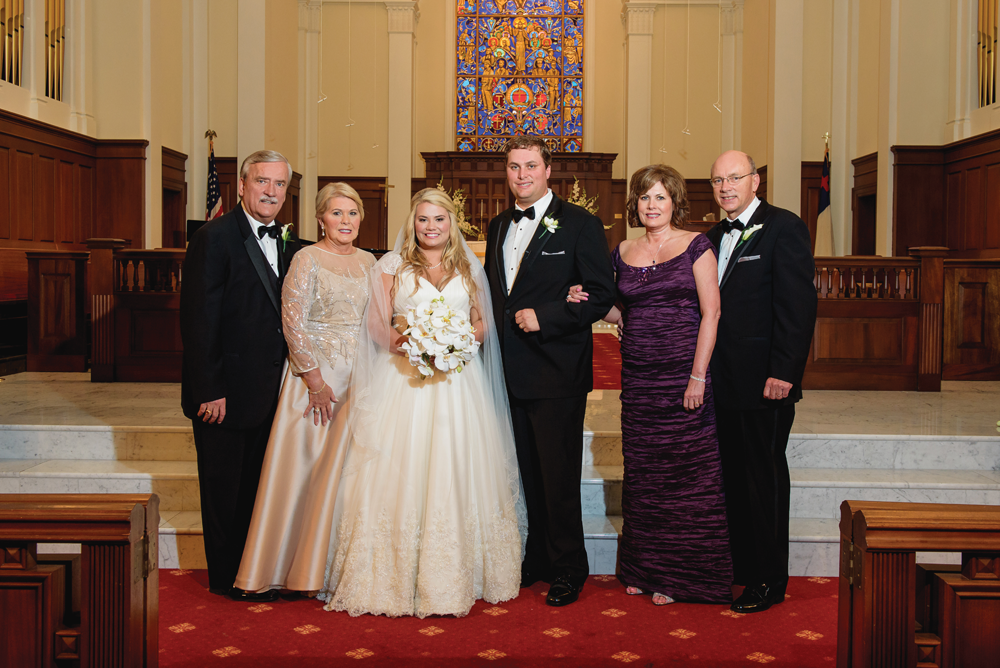