That is, if you know where to find them. From my experience, the best spots aren’t easily uncovered by GPS. They require more persistence.

The Perdido River is no exception.

On a bright Saturday morning, I wound through backroads along the eastern edge of Baldwin County to meet friends for an overnight paddle on the Perdido River Canoe Trail. After losing cell service 20 minutes away from the put-in, I wondered if we all had sufficient directions. Following a few dropped calls and voicemail exchanges, everyone eventually made it down the long dirt road to Staple Fork Landing in Robertsdale.

After arriving and loading supplies into our canoes, we listened to an opening lecture from “Captain Tom,” the unofficial title we bestowed upon our canoe outfitter from Perdido Natural Adventures since we failed to catch his name.

Captain Tom sported a ball cap, large sunglasses and a thick mustache. He reviewed the canoeing basics, shared a quick Perdido history lesson and reminded us to leave no trace.

“There are three kinds of people in this world,” he said. “People who litter, people who don’t litter and people who pick up other people’s litter.”

The Perdido River is a spring-fed, blackwater river stretching 60 miles along the Alabama-Florida state line, from its headwaters in Rabun to where it empties into Perdido Bay. The river’s dark tint, which takes on a similar appearance to coastal counterparts like the Styx River and Escatawpa River, comes from tannins released into the water when the surrounding vegetation decays. According to the Alabama Department of Conservation and Natural Resources, the Perdido River is considered the highest quality free-flowing blackwater river remaining in the Southern coastal plain.

We had planned to start our journey at the beginning of the canoe trail at Gravel Landing. Captain Tom, however, encouraged us to start a little farther downstream to avoid carrying our canoes around log jams up the river. Our new route began midway along the trail at Staple Fork Landing and extended 18 miles downstream to Pipes Landing.

We paddled our first strokes at 2 p.m. on a beautiful October afternoon. My friend Emma and I teamed up in one canoe, and Robert and Isabell manned the other boat. As much as I hate to admit, they enjoyed a smoother start, considering we hit a tree and found ourselves in a, well, sticky situation with the tree sap.

Let’s be clear — this was easily avoidable. At the time, cracking open cold drinks seemed more pressing than properly steering our canoe. We recovered quickly, though.

We were pleasantly surprised with the soft, sandy creek bottom and large beaches around every bend inviting paddlers to enjoy frequent breaks to swim and relax. When we came across the first of many rope swings, Robert jumped at the challenge. His first attempt left a little to be desired, but he soon redeemed himself with improved form as he plunged into the river.

We paddled the almost 8 miles in time to make camp at Swamp Field Shelter before it got dark. The evening forecast was clear, so we opted to sleep under the stars instead of the shelter. Robert, Isabell and I set up tents on the beach while Emma retreated to the woods to hang her hammock.

Once we set up camp, gathered firewood, and built a fire ring on the beach, it was time for cocktail hour. Our menu featured chicken salad, summer sausage, and Mini Babybel cheese served over Ritz Chips and Cajun trail mix. To wash down the apps, we brought a mix of local IPAs, boxed white wine and La Croix. My portable camping chair proved its value by serving as our makeshift charcuterie board. Who says camping means roughing it?

When darkness fell, we huddled together on a large log surrounding the campfire. Robert enthusiastically tended the fire — we were surprised to learn he was never a Boy Scout. The longleaf pines swayed in the wind while the campfire smoke took jabs at each of us despite multiple failed “White Rabbit” attempts.

We served dinner family-style with a trio of freeze-dried backpacker meals, featuring pad thai, Jamaican jerk chicken with rice and beans, and pasta with marinara. The four of us sat on the log by the campfire and passed the bag meals one by one, getting fuller by the minute.

Campfire tunes spanned across many eras and genres from Gordon Lightfoot and Duke Ellington to Jason Isbell and Nathaniel Rateliff. Once our bellies were full, our clothes reeked of campfire, the boxed wine was empty and the speaker batteries dead, we put out the fire and called it a night.

I awoke at dawn (distant coyote sounds having disturbed my sleep during the night) and watched the fog slowly roll off the river. The sound of moving water was much more pleasant.

We indulged in breakfast bars and hot coffee on the beach to stay warm while we waited for the sun to peek above the trees.

The second day’s journey was another 9 miles down the river, which we expected to finish by late morning. We began our paddle with a quick detour around Blue Lake, a small waterbody with a public access point at the southernmost point of the Perdido Canoe Trail.

We saw a family of four enjoying a picnic on the beach and friends tossing a Frisbee across the water.

Farther down the river, the scenery slowly changed and resembled that of the Mobile-Tensaw Delta. The river widened, the current flattened and bald cypress trees towered over us. We meandered past tree houses, rope swings and rustic river camps. Our final wildlife moment was spotting what we thought was a river otter’s den — a large black hole on the riverbank with a small ditch extending down to the water.

We finished paddling by 11:30 a.m. and arrived at Pipe’s Landing, where we loaded up the canoes and waited to greet Tom. He confirmed our river otter suspicions and shared a few rambling stories before we parted ways and returned to civilization.

Gimme Shelter
Canoeists and kayakers have the ability to stay overnight along the river in one of the six reservable camping shelters or by pitching a tent on one of the sandbars located in front of the shelters. Camping is not allowed on sandbars located between designated camping areas. Each shelter can be reserved for only one night.

Swamp Field Shelter
This single shelter, above, is located 7.75 miles south of Staple Fork Landing and 2.25 miles north of Blue Lake Landing. It includes room for eight people and equipment.

Nelson Ditch Shelters
This site includes two shelters located approximately 4.3 miles downstream of Gravel Landing. Each shelter has room for eight people and equipment. In front of the shelter is a medium-sized sandbar offering plenty of opportunities for relaxing or larger groups of campers. Located near the shelters is Nelson Branch, which empties into the Perdido River and gives the shelters their name.

Know Before You Go

The River
Alabama’s Perdido River Canoe Trail is a 19-mile segment along the Perdido River in Baldwin County characterized by gently flowing tannin-stained waters over Southern white sands. The Perdido’s many bends create numerous sandbars, providing ample opportunities for canoeists and kayakers to take breaks or have lunch. The Alabama State Lands Division has provided multiple access points along the river with two launches and one boat ramp. Additional mileage may be paddled using the Florida Perdido River Canoe Trail.

Log Jams
The Conservation Department makes efforts to remove blockages when possible, but trail users should be prepared for the possibility of having to portage around such hazards.

If launching a boat or canoe, you’ll want to access the Perdido River Canoe Trail at one of the following landings (listed in order from north to south). Landings are for day-use only, but a transport vehicle may be left during an overnight trip.

Gravel Landing is the uppermost landing for the 19-mile Alabama State Lands Perdido Canoe Trail. It provides boaters with access to all shelters and the southern two landings on the trail. To access Gravel Landing from State Highway 112, turn onto Staple Fork Road and then follow the signs to the landing.

Blue Lake Landing is the last and southernmost landing on the Alabama State Lands Perdido Canoe Trail. It is located 19 miles south of Gravel Landing and 10 miles south of Staple Fork Landing. The southern terminus for the Perdido Hiking Trail can be found at the landing with 4 miles of trail. To access Blue Lake Landing from State Highway 112, turn onto Duck Road and continue past the Perdido WMA check-in station. Turn left onto Fairview Road, then follow the signs around to the landing. 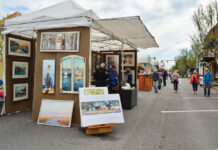 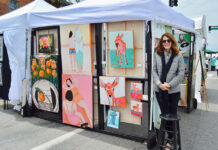