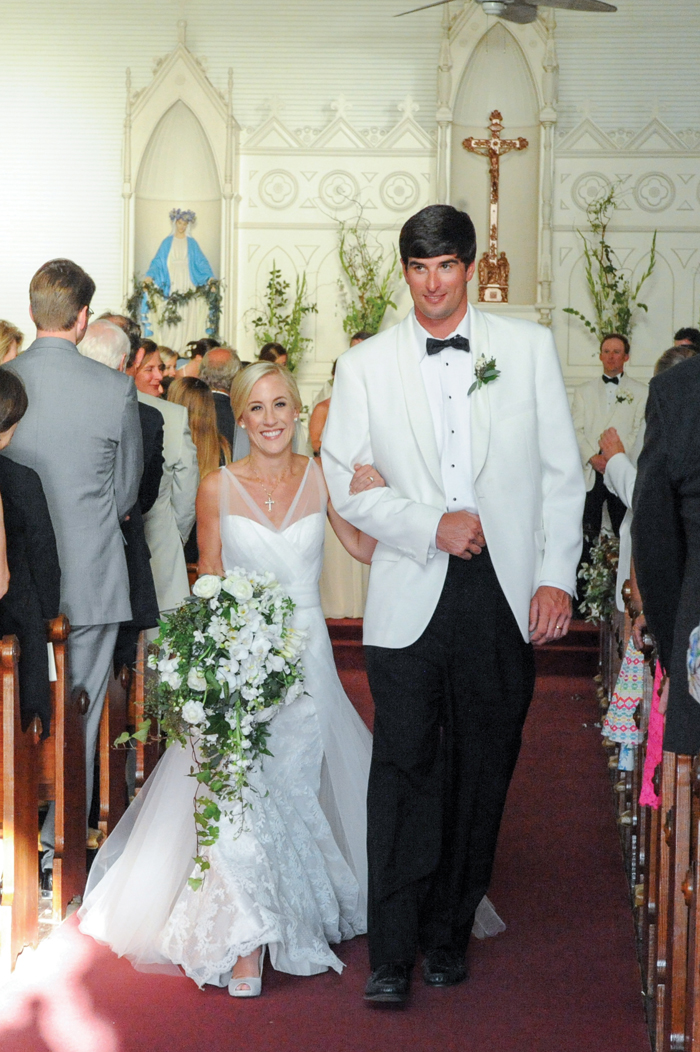 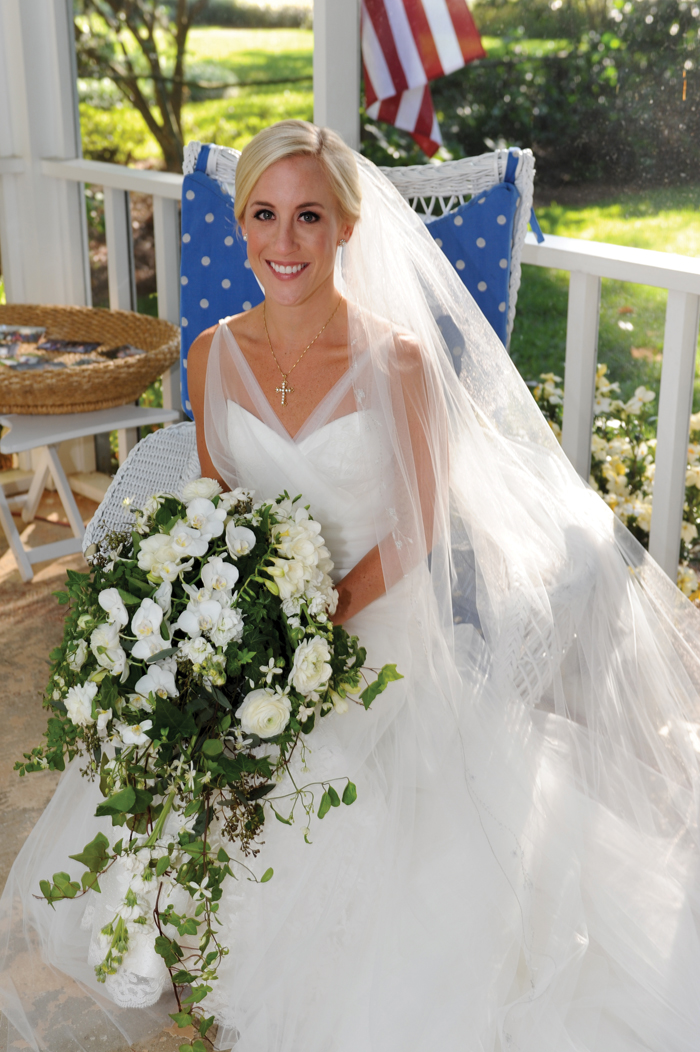 The bride wore a fluted gown made of point d’esprit lace, featuring an illusion V-neck top and French net overskirt designed by Legends Romona Keveza from Something New. Her hand beaded cathedral-length veil was handed down by her cousin. The bride carried an heirloom handkerchief with her bouquet of orchids, ranunculus, stephanotis and spray roses, cascading with ivy trails and seeded eucalyptus, designed by Melissa Phillips of Elizabeth’s Garden.

Following the nuptial mass, guests walked to the reception held at the home of the bride overlooking Mobile Bay. Guests enjoyed cocktails and dined on southern staples by Rob Berglin Catering. The wedding cake, created by Pollman’s Bake Shop, was four layers of yellow cake with a whipped buttercream icing. The cake was placed under a gazebo draped in café lights and garden greenery on a table overlaid in moss, ivy and ferns.

Guests danced to Compozitionz under sprawling oak trees draped in Italian lights over the classic black and white checkered dance floor. Bistro tables surrounding the dance floor were topped with greenery-filled flower boxes handmade by the bride’s father. Other handcrafted touches from the bride’s father included adirondack chairs and rockers, and a miniature Stauter boat suspended from an oak tree used as a lighting fixture for the evening.

After a late-night snack of Frios Gourmet Pops, guests sent the bride and groom off to the Grand Hotel in a 1985 StauterBuilt boat.

After traveling to New England for their honeymoon, the couple now resides in Mobile. 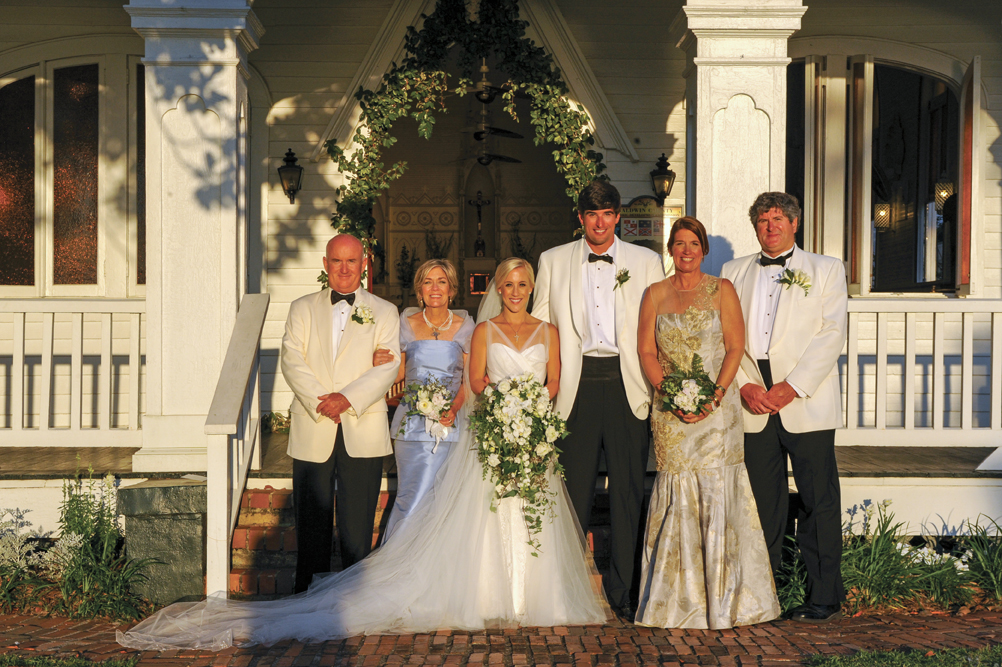 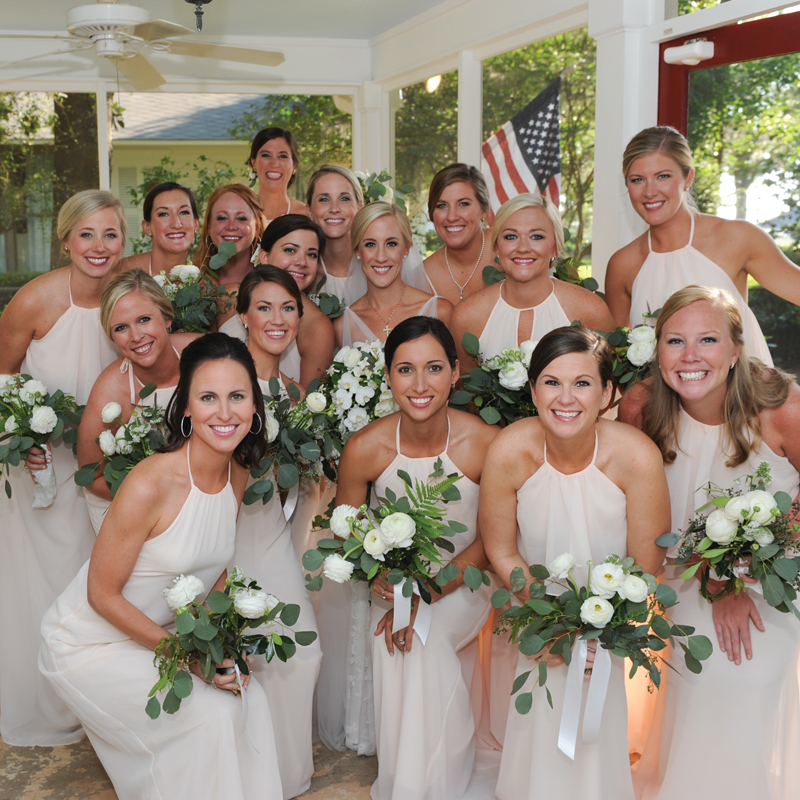 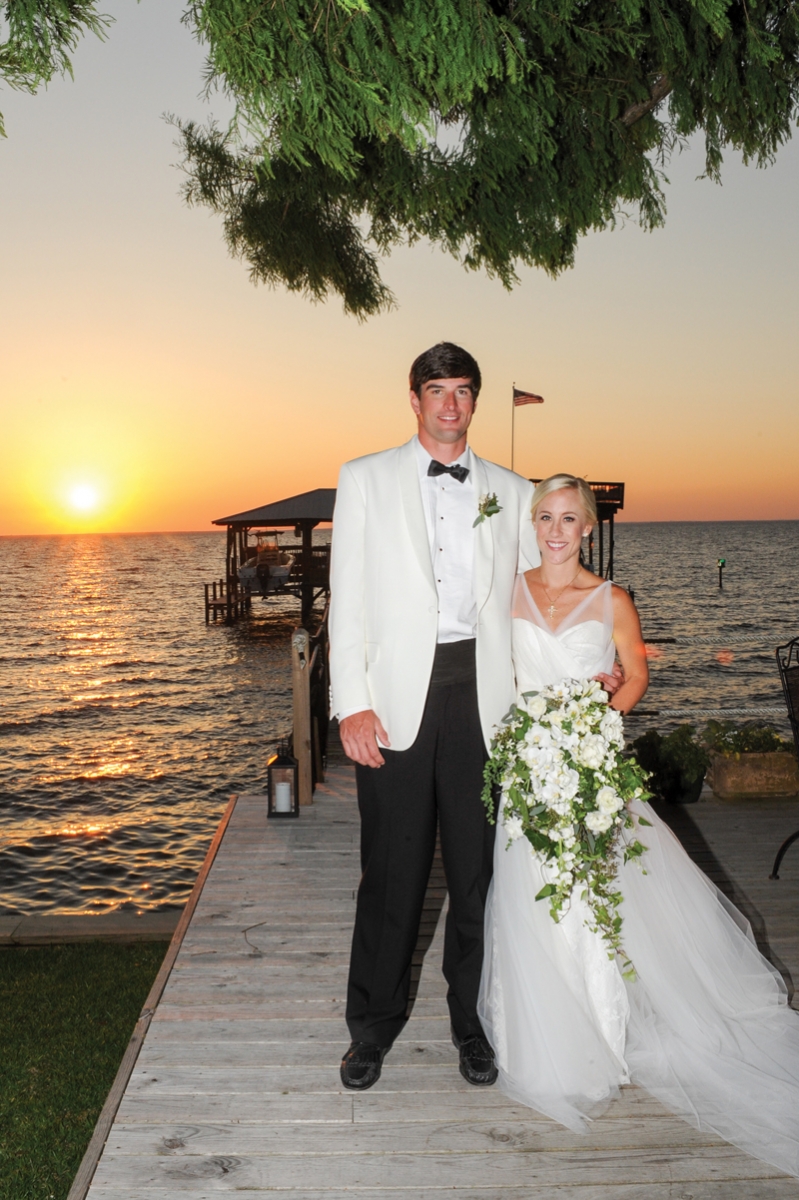 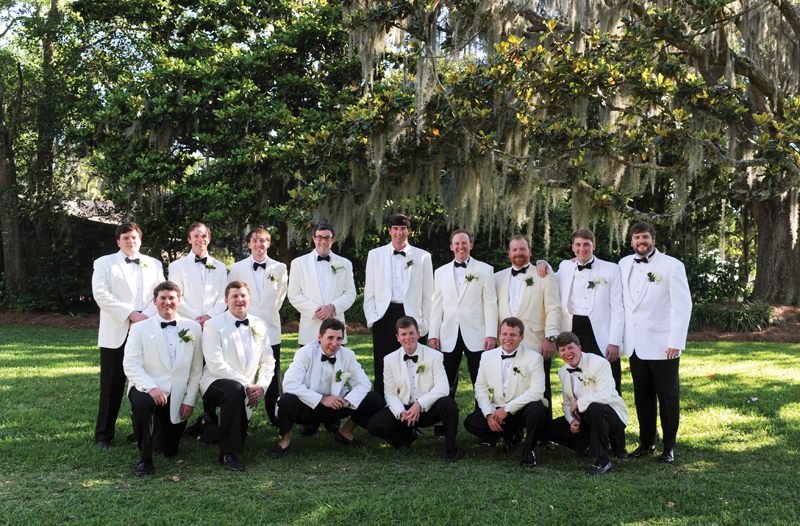