Three fishermen display their catch at the famous tournament. 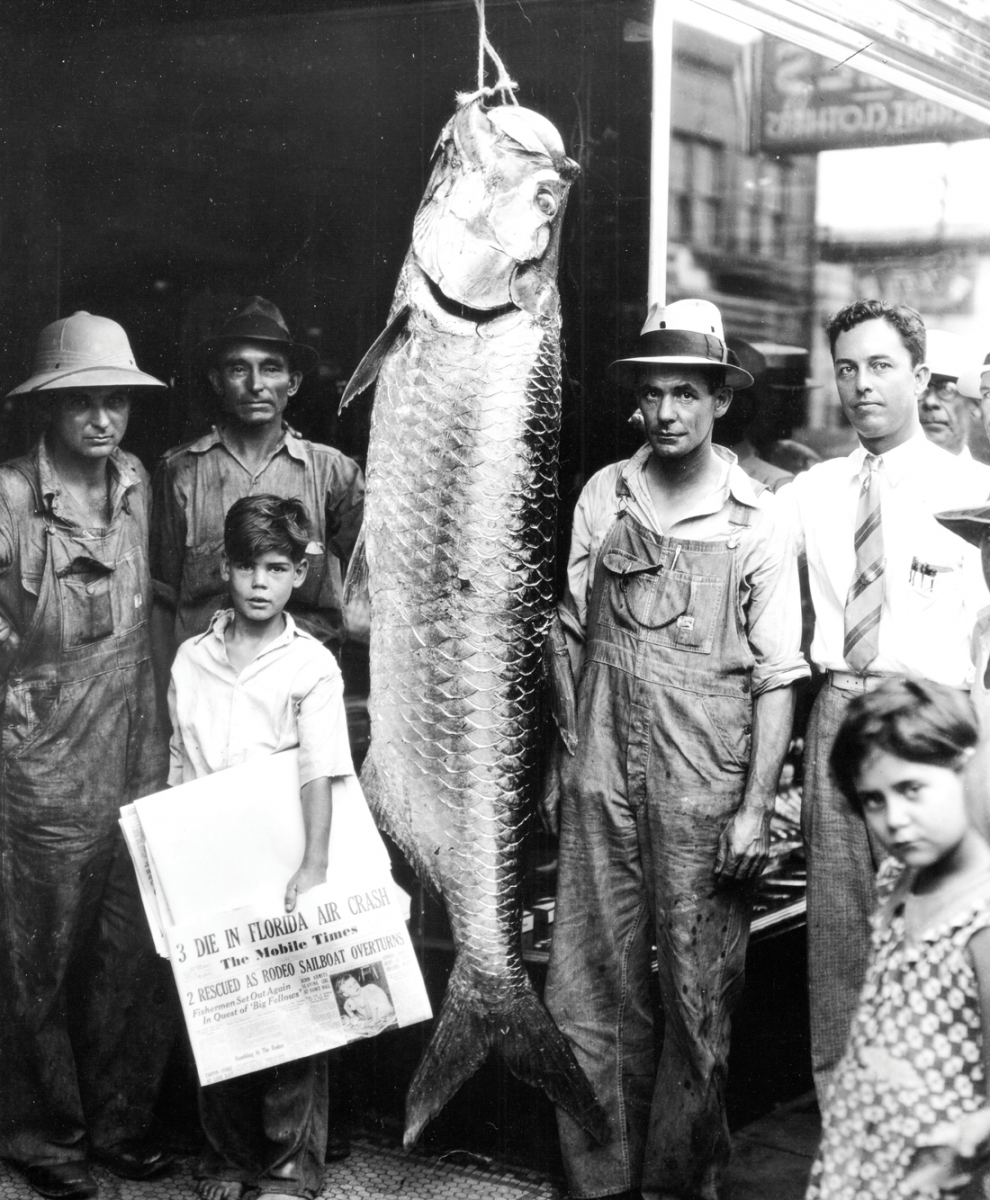 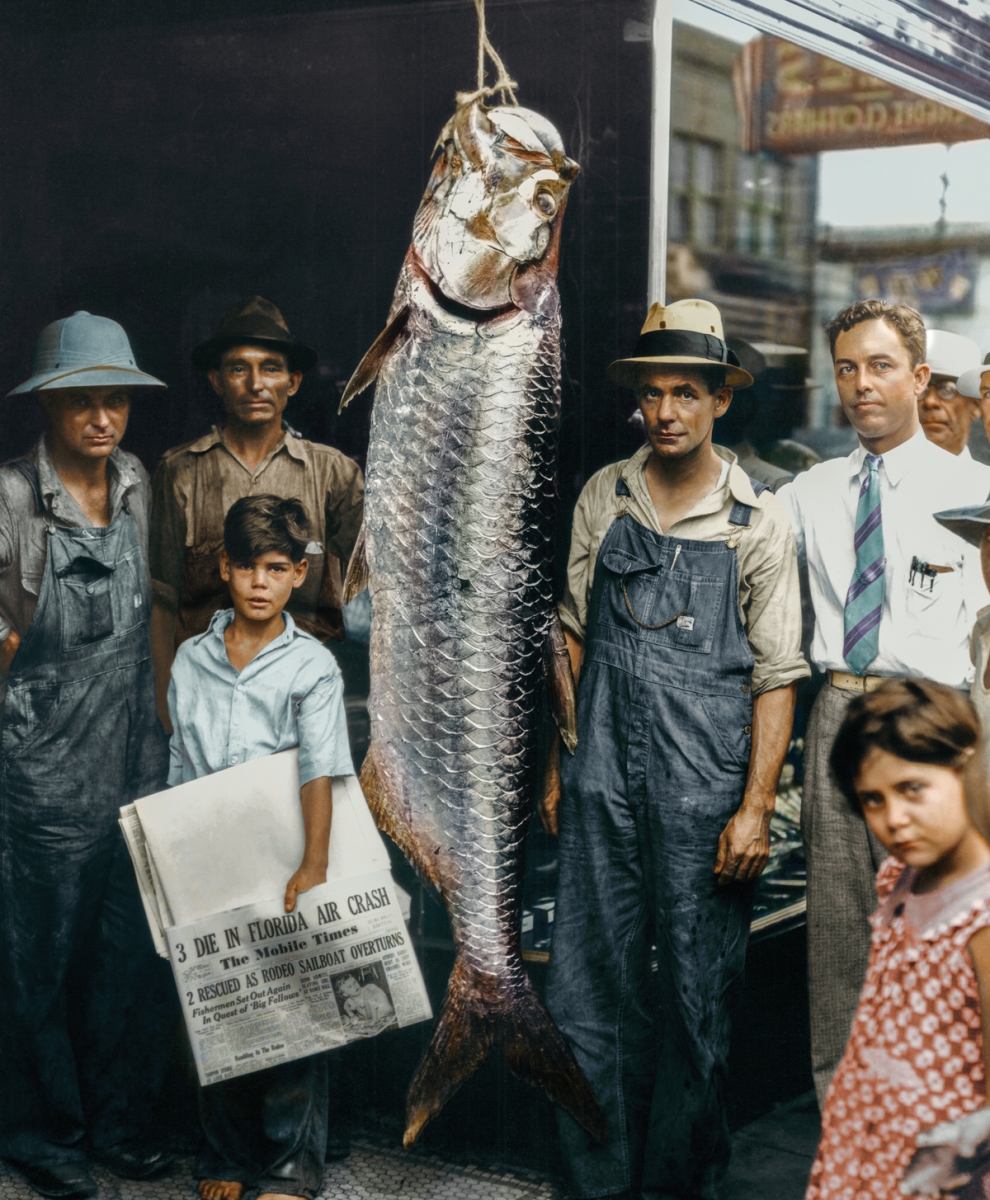 Three fishermen pose with their impressive tarpon catch after the 1937 Alabama Deep Sea Fishing Rodeo. The anglers were employees of L&N Railroad and are identified, from left to right, as M. Copeland, Jim Hare and A. F. O’Neal. The man in the necktie is identified as Eugene Thoss Jr., and the identities of the young girl and the barefooted newspaper boy are unknown. The visible newspaper, dated August 10, 1937, hints that the year’s rodeo wasn’t without drama, as evidenced by the headline, “2 Rescued As Rodeo Sailboat Overturns.” Founded in 1929, the fishing rodeo is touted today as the largest fishing tournament in the world, attracting over 3, 000 anglers and 75, 000 spectators every summer.