“To leave India, ” novelist Salman Rushdie wrote, “is to feel replete: Full of ideas, arguments, images, sounds, smells, faces, stories, sensuality, intensity, and love.” So it was with Alabama artist and muralist John Roderick Dempster MacKenzie, whose Indian sojourn in the late 19th and early 20th centuries is detailed in an exhibition beginning next month at the History Museum of Mobile.

Born in London in 1865, MacKenzie immigrated to Mobile with his family in 1872. Following the death of his mother eight years later, he was sent to live at Episcopal Home for Orphans, where the community nurtured his passion for the arts. He eventually went on to study in acclaimed art schools and work in Boston and Paris.

After his formal education, MacKenzie travelled to India at the request of Calcutta art dealers to produce paintings of tigers and jungles that were popular at that time. MacKenzie stayed in India for more than a decade, a place he described as exotic, dangerous and colorful. He rode with princes on tiger hunts, climbed mountains along India’s Northern border, and floated along in the sacred Ganges River. MacKenzie was the official painter of the Delhi Durbar in 1903, which marked the coronation of King Edward VII.

With the rising drums of war in Europe, MacKenzie returned to Alabama in 1913, where he soon found other topics for his art, such as Bellingrath Gardens, the Mobile waterfront and Birmingham’s steel mills. While he was in the Port City, friends also commissioned him to paint their portraits, and he taught many young students, including Eugene Walter. In the 1920s, MacKenzie created pastels of the Alabama steel industry, as well as eight murals depicting Alabama history for the state capitol building in Montgomery. During the Great Depression, MacKenzie participated in the Public Works of Art Project, for which he drew many pastels of Mobile scenes. However, when it was discovered that he was not a U.S. citizen, he was denied further work. One of his final projects was a pastel of the construction of the Bankhead Tunnel in 1939; he died in 1941 and is buried in Magnolia Cemetery. While widely regarded as an important 20th century artist, MacKenzie’s Indian sojourn has been largely forgotten.

The following passages highlight MacKenzie’s decade-long stay in India, which remained with him all of his life. These excerpts are taken from “Ark of India: An Alabama Artist Explores Southern Asia, ” a companion book to the exhibit. It is the first in a planned series of books published under the museum’s new imprimatur, Southern Market Press, and was written by history curator Scotty E. Kirkland. 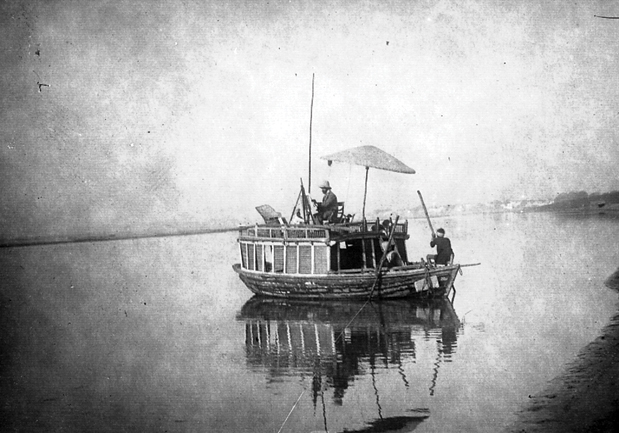 From atop his floating studio on the Ganges River, MacKenzie regularly observed the local culture he painted, drew and photographed.

Roderick MacKenzie traveled to the jewel of the British Empire to depict the exotic, dangerous, colorful world that had captured the imagination of Westerners for generations. He carefully observed and recorded, taking pleasure in the detachment from his subjects. Yet, it is clear that MacKenzie also grew to understand the Indian people, their institutions, rituals, and in particular, the orbit of their daily lives. Financial difficulties played a part in keeping him in India for more than a decade, certainly longer than he originally intended. But what he did with that time, the kind of works he produced, reveals a man with a deep level of respect for the subjects he discovered.

MacKenzie returned to America in 1913, after a nearly 25-year absence. And although his artwork would include many other colorful scenes — the rural landscapes of his brother’s farm in Wilcox County, Ala., striking pink azaleas in Walter and Bessie Bellingrath’s garden, the stately Old City Hall in downtown Mobile, top left, the fiery beauty of the Birmingham steel mills – India remained his most cherished canvas, its people and landscapes his lifelong muse, a source of inspiration even decades after his departure. 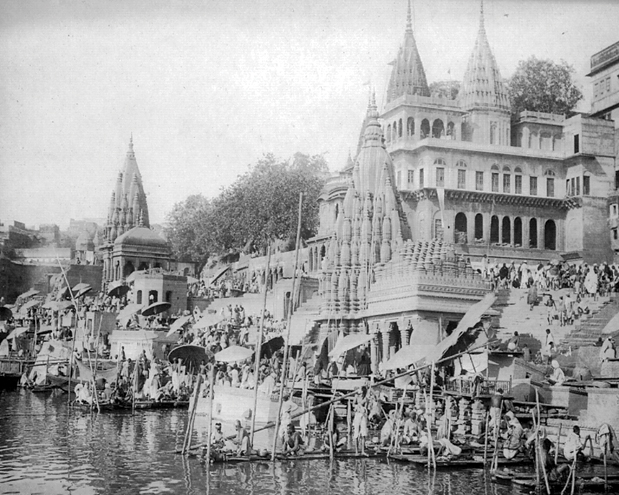 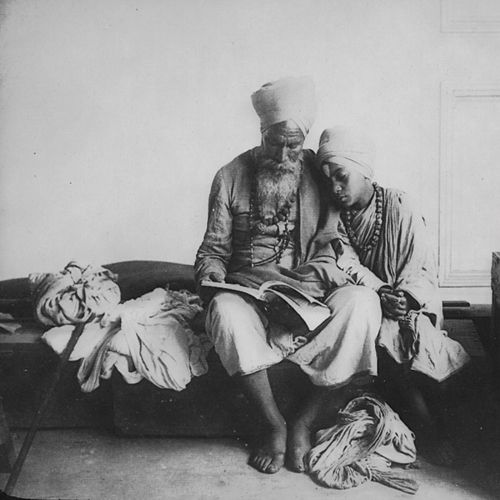 ABOVE LEFT His photograph of the city of Benares perfectly reflects his written description of the scene.

ABOVE RIGHT During his time in India, MacKenzie truly captured the essence of the everyday lives of the people.

Of all the places he visited, MacKenzie wrote the most poetically about Benares, India’s most sacred city. In January 1898, he journeyed to this ancient metropolis along the Ganges River to observe a solar eclipse, considered by many Indian religions to be a most-holy occurrence.

By January 21, the day before the eclipse, the Alabama artist had secured for himself the perfect vantage point, a floating studio, which he described in a “Century Magazine” article: “I am comfortably seated on the flat, roomy top of one of the many house-boats, which may always be seen clinging to the bathing-ghats. It is rowed by six men, and makes a delightful studio, just high enough from the water, and with absolutely nothing to interfere with the view; even the boatmen are all on the lower deck. I have procured a large Brahman umbrella, fully nine feet in diameter, which has been mounted on a  bamboo at my back.”

At dawn on the day of the eclipse, MacKenzie watched and recorded the ancient scene of the bathers descending into the cold waters of the Ganges. He could not help but be swept away by the quickly changing color surrounding him.

“It is mid-winter on the plains of India: the cool gray shade of night is sweeping to the west, following by a semi-circle of light, edged with a rainbow of delicate rose that has just become visible at the zenith, while the sky is one vast translucent dome. The rosy bow bends more and more to the west, growing in color as it pushes the curtain of night nearer and nearer the horizon.

“The night has gone; the east is saturated with light, which has descended to the pinnacles of the holy city, and creeps slowly down, transforming the dull sandstone temples into fairy palaces of rose and violet, immersed in the gray-green water as the immense orb of the sun rises a glowing crimson over the sandy wastes of the eternal river.”

As the sun illuminated the scene, he marveled at the throngs of men and women making their way toward him.

“Through all the labyrinth of crooked passages which serve as streets between the crowded mass of high, flat-roofed buildings which seem to push the temples into the water, are seen long processions of men, women, and children, silent but for the gentle chink-chink of silver anklets, draped in the thinnest of cotton cloth, white or of the most delicate tints, with here and there a touch of strong color, and all moving in one direction – to the river.”

The multitude grew still and quiet as the eclipse approached. The floating studio moved closer, just in time for the loud signal from a nearby observation post. The descent into the River of Heaven began. “It sweeps in excited gusts from side to side, ” MacKenzie wrote of the throng’s reaction to the appointed time, “unites, and rolls in one vast tremendous wave from top to bottom, where it heaves and sways for an instant. But such an instant! It seems an eternity; and the frantic, surging multitude in front, bound almost to strangulation in one another’s arms, seems as if tottering on the brink of another world.”

Back in Mobile, MacKenzie completed this piece in the mid-1930s as part of the Works Progress Administration (WPA). It shows the City Hall, viewed from Water Street. The building is now home to the History Museum of Mobile and will coincidentally house the new exhibit.

9 a.m. – 5 p.m. Tu – Sa. 1 p.m. – 5 p.m. Su. Though Roderick D. MacKenzie’s work has been displayed more than a dozen times over the last century, this is the first exhibition to fully explore his years in India. The exhibit features more than 150 artifacts from the museum’s collection, as well as items on loan from the Mobile Museum of Art, Historic Mobile Preservation Society and private collections. Highlights include MacKenzie’s paintings drawings and photographs, along with his recently conserved late-19th-century Indian clothing, hats and shoes. For more information on the exhibition and book contact the History Museum of Mobile. Adults: $7, Senior Citizen: $6, Student: $5.