Hunter Beall was born and raised in the small town of Pascagoula, Mississippi. He went off to college to receive a degree in mechanical engineering from Mississippi State University. He was then hired as a marine surveyor for American Bureau of Shipping.

Ashley was born in Yokosuka, Japan, where her father was stationed in the Navy. She grew up traveling the world and developed an interest in aviation because of it. She went on to become an air traffic controller for the FAA, which led her to Mobile, Alabama.

They both lived busy lives, but were ready to settle down and meet the right one. They initially started talking on a dating site, but within a couple weeks, they had their first date at a local movie theater. Little did Ashley know, Hunter’s dad ended up paying for the first date!

Nonetheless, one thing led to another, and they ended up getting married in Orange Beach, Alabama, surrounded by 100 of their closest friends and family. Ashley’s uncle, Victor Duckworth, officiated the wedding. To top it off, they got married on a very special day — Janet and Mike Beall’s, Hunter’s parents’, 34th wedding anniversary.

They chose to have their wedding at the beach because they became official on July 4, 2015, while they were watching fireworks along the emerald coast. Their first “I love yous” and engagement were also by the beach! So let’s just say the blue waters, white sands and coastline is a special place for the both of them. 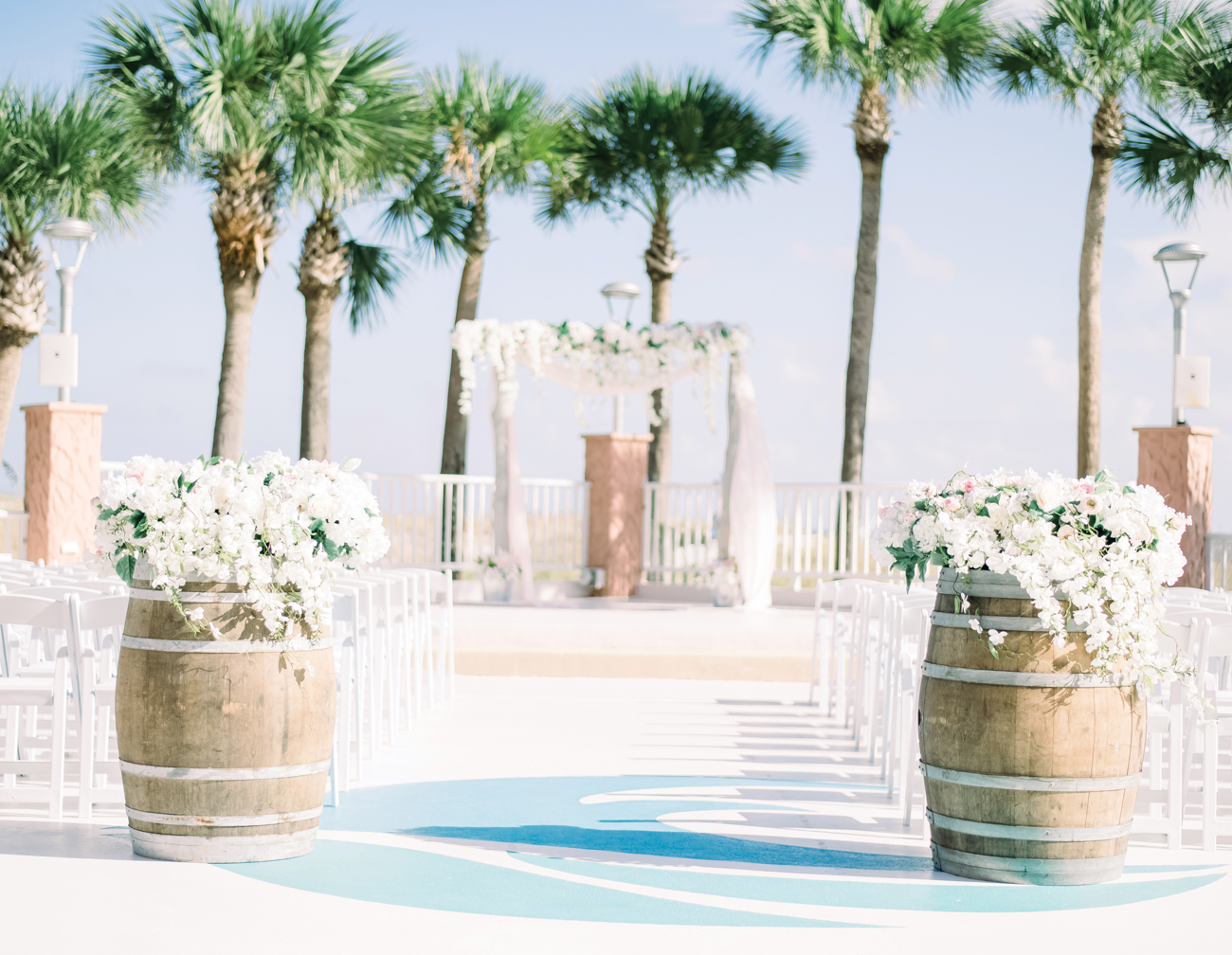 Ashley and Hunter were married under a floral arch they made themselves with driftwood. Ashley wore a Justin Alexander designer dress featuring intricate lace detailing, pearl earrings, a floral crown she made herself and a chapel-length veil. Silk flowers were used throughout the wedding; in fact, not one real flower was used. Classical guitarist Jim Armstrong played during the ceremony. After their first kiss as husband and wife, guests rang wedding bells and threw flower petals.

Following the ceremony, guests were treated to a beautiful outdoor reception with string lighting, beautiful lit-up palm trees, copious amounts of food and the ultimate seafood display. After the reception, guests enjoyed a relaxing beach bonfire. 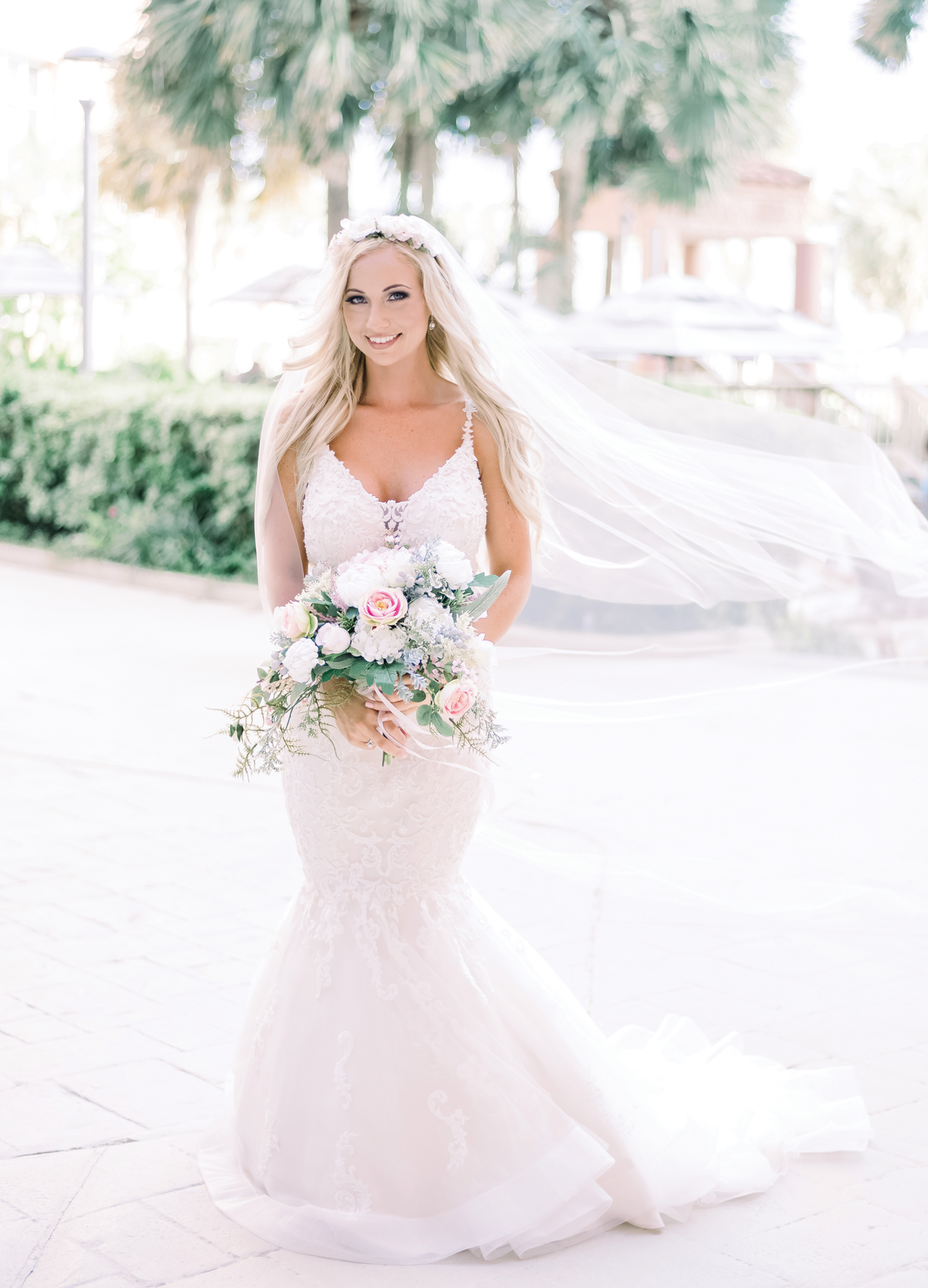 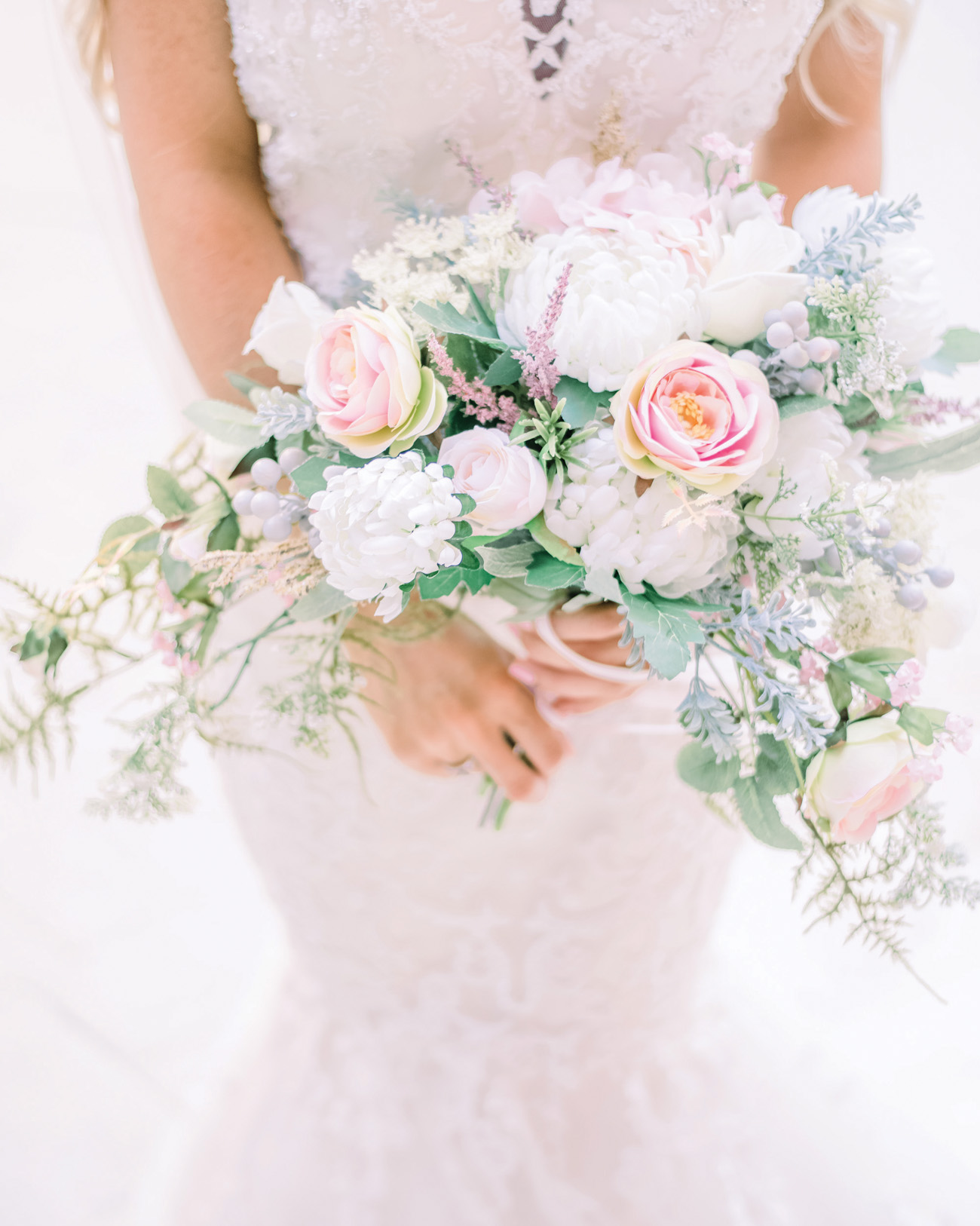 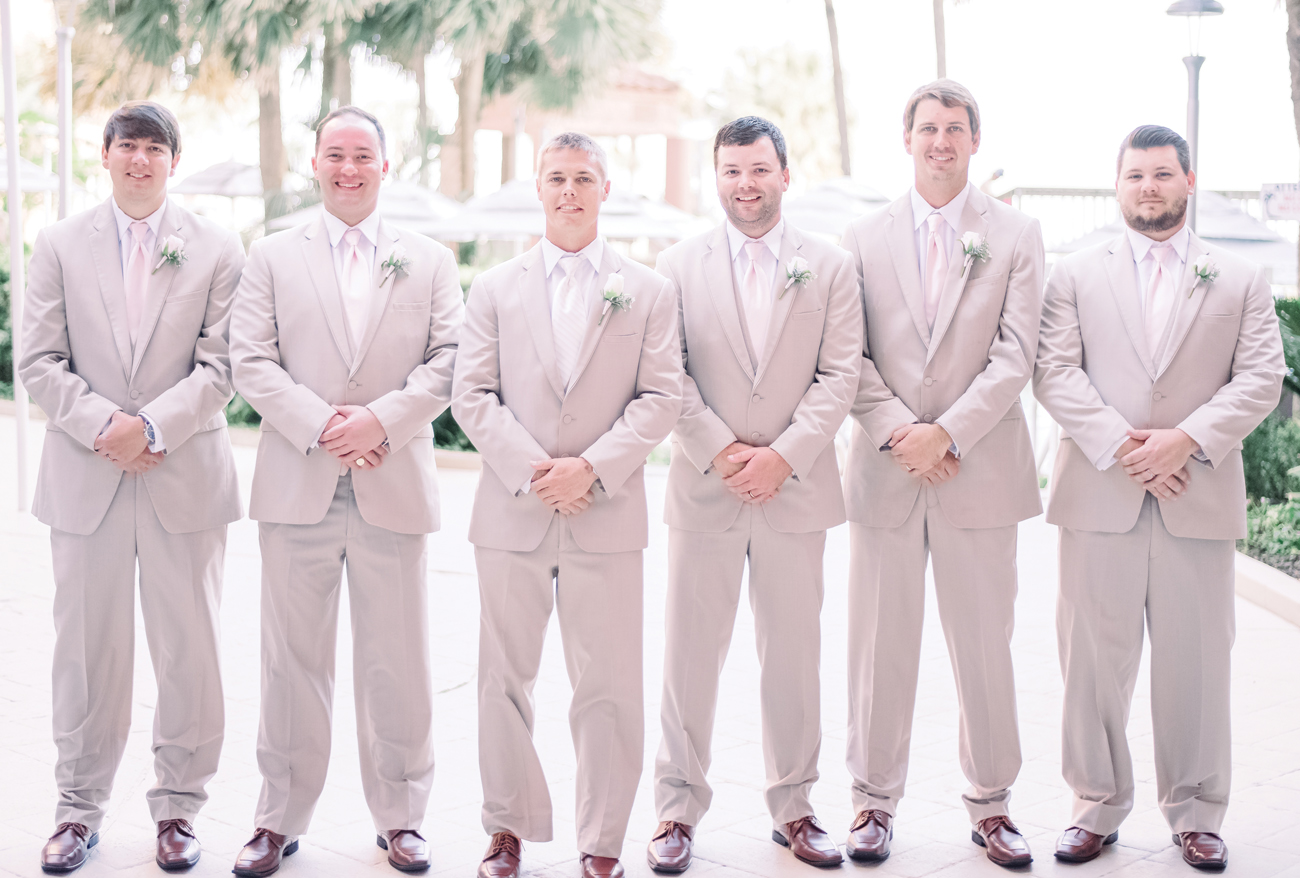 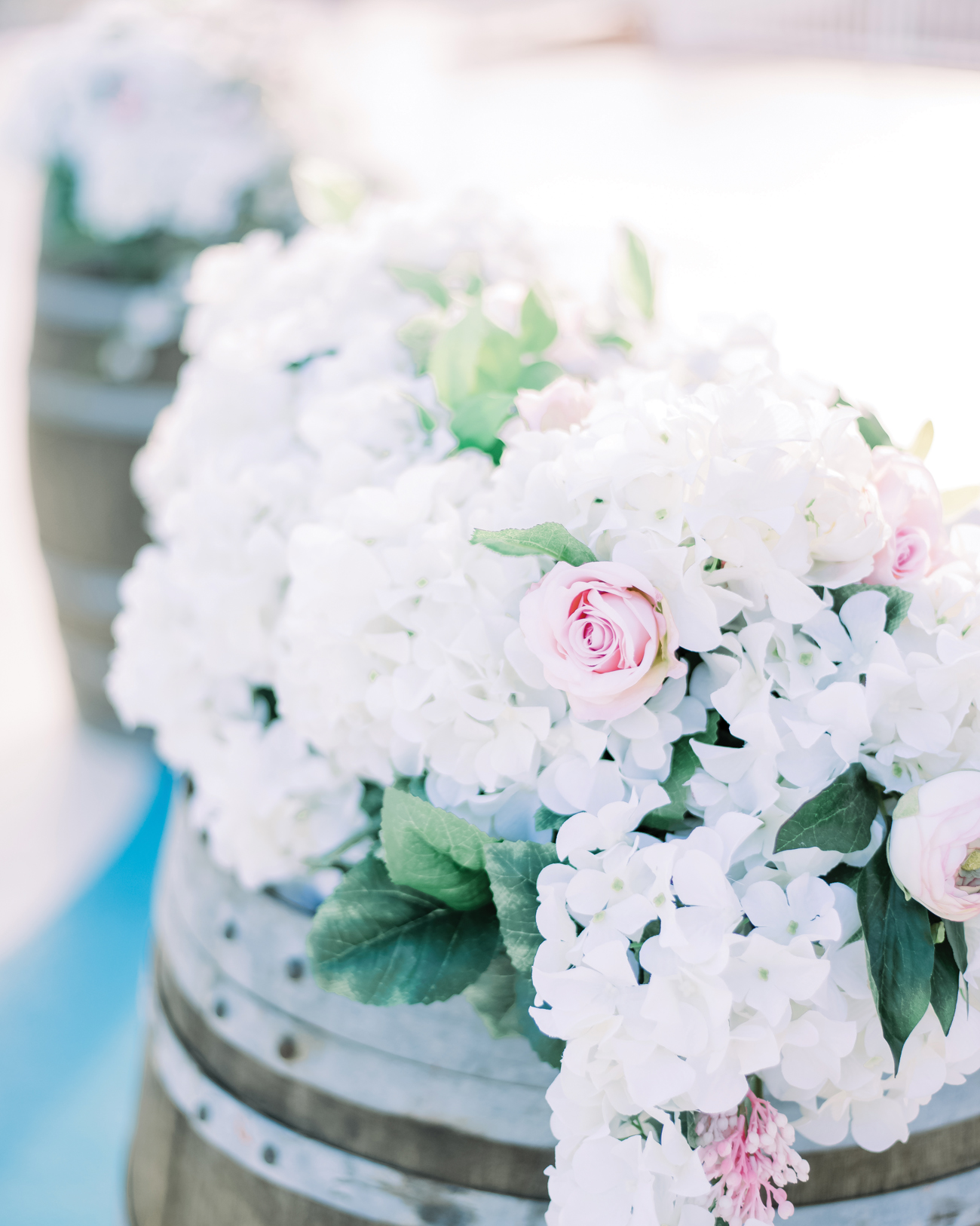 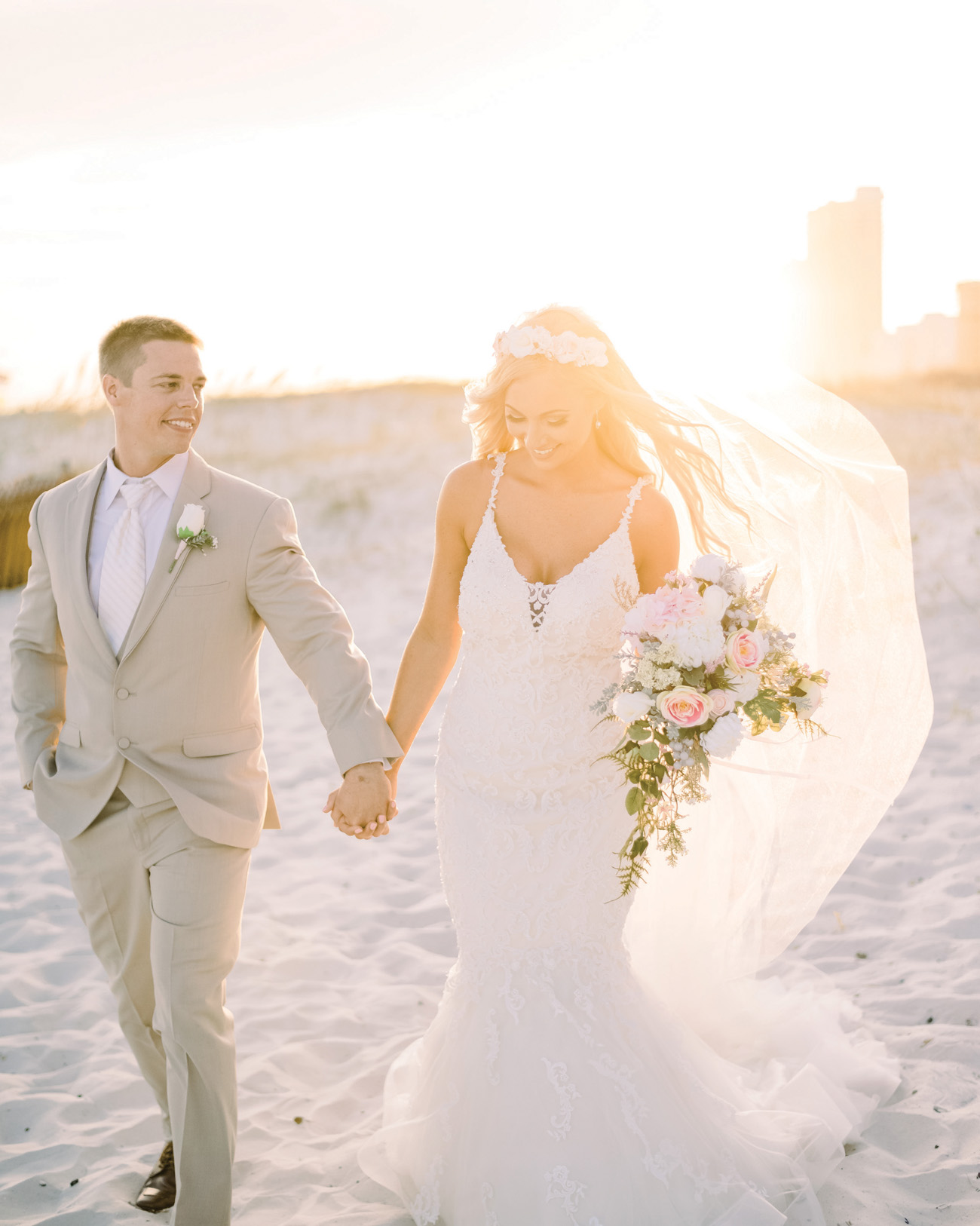 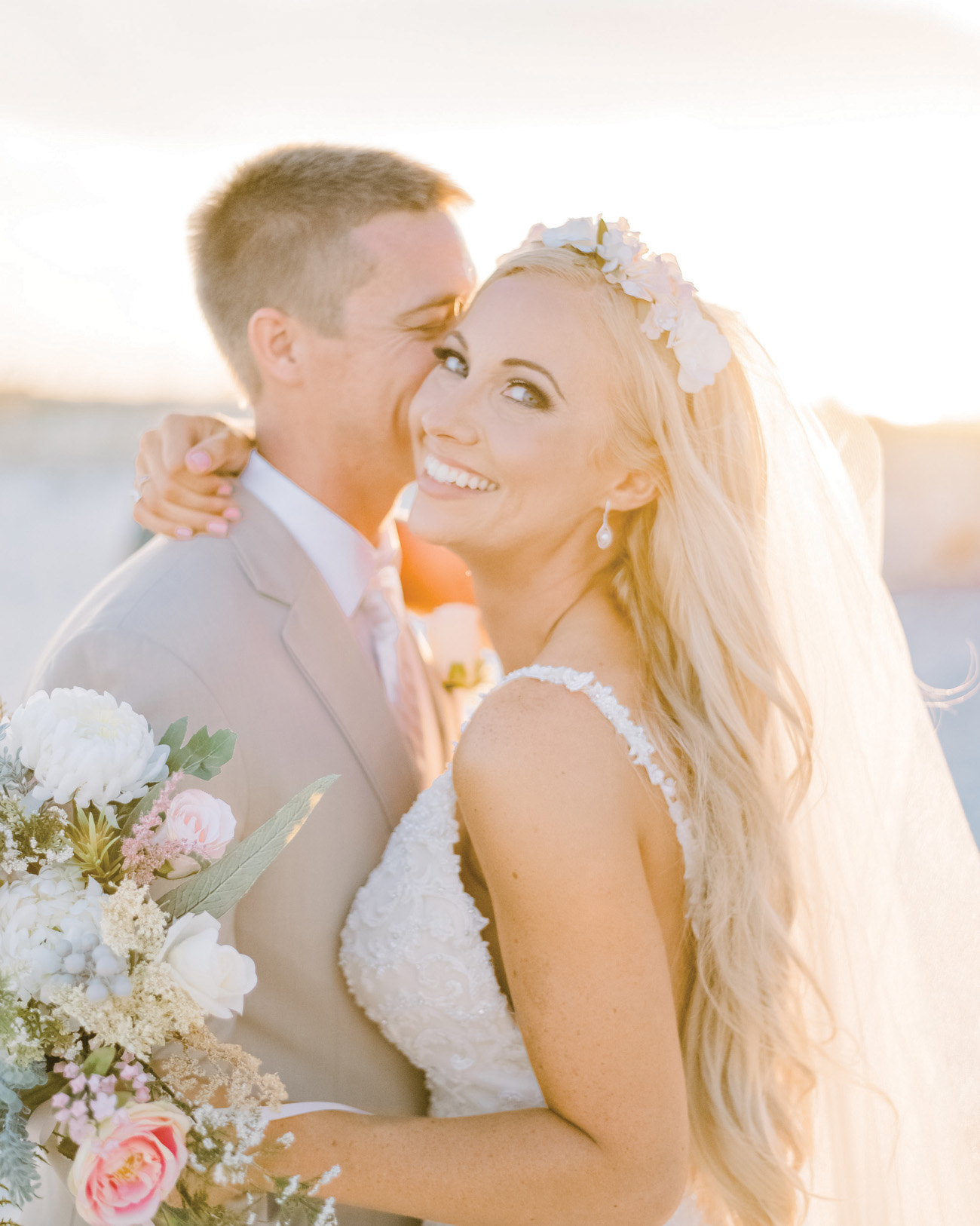 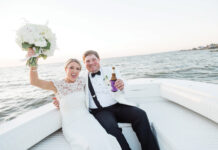 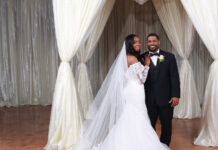