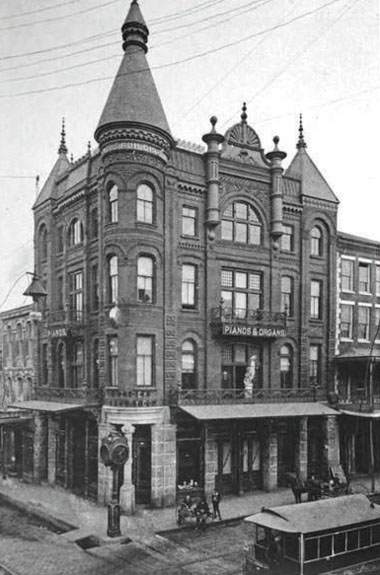 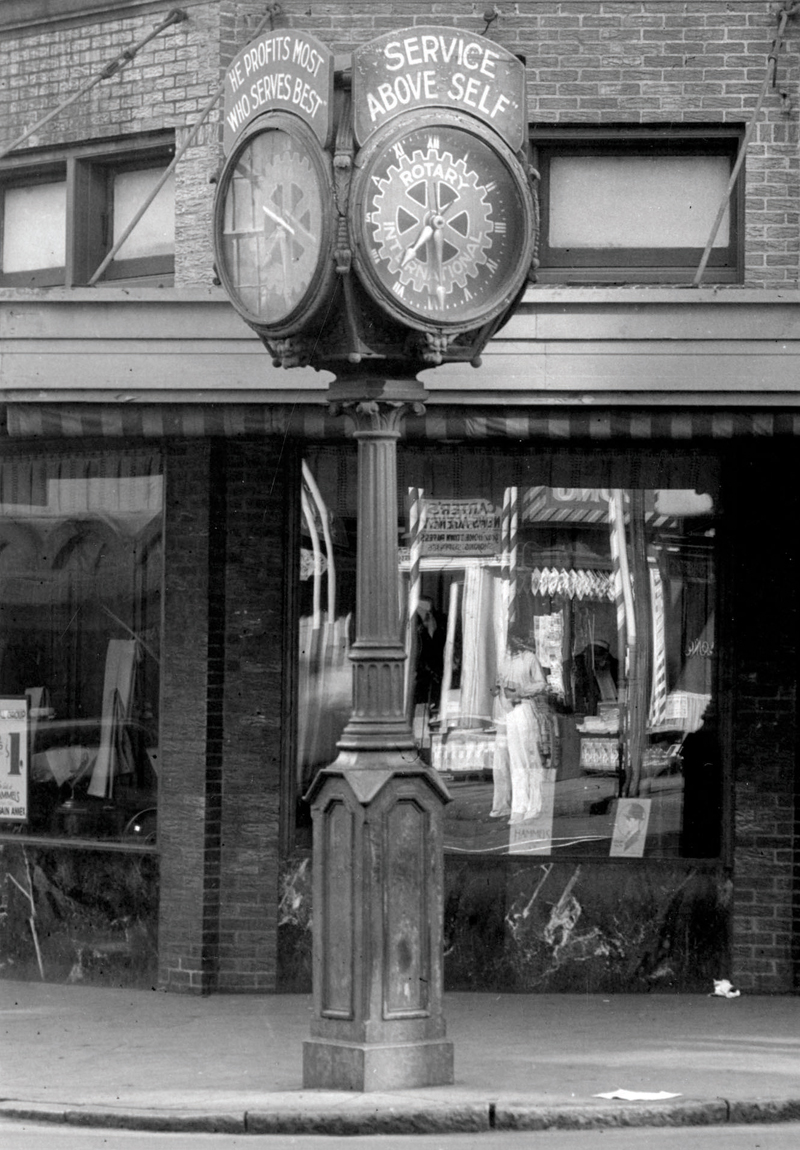 A post clock has stood on this corner — off and on — since 1891. That was the year jeweler Emil Oscar Zadek moved his business into the newly completed Pincus Building on the intersection’s southeast corner. Zadek had been trained as a “watchmaker and jeweler” but had recently expanded his business to include the sale of pianos and pump organs. A generation would know this as the Zadek Building.

Mr. Zadek placed a four-sided post clock at the corner to advertise his business, and it immediately became something of a landmark. This style of clock began appearing in front of prominent jewelers across America in the late 1880s and may well have been a way to advertise the proprietor’s expertise with watches.

After Mr. Zadek’s death in 1908, his widow ran the shop. In 1915, the firm moved west on Dauphin Street, leaving the clock behind. A year later, a filing of bankruptcy put an end to a jewelry store that had operated in the Port City for more than four decades. 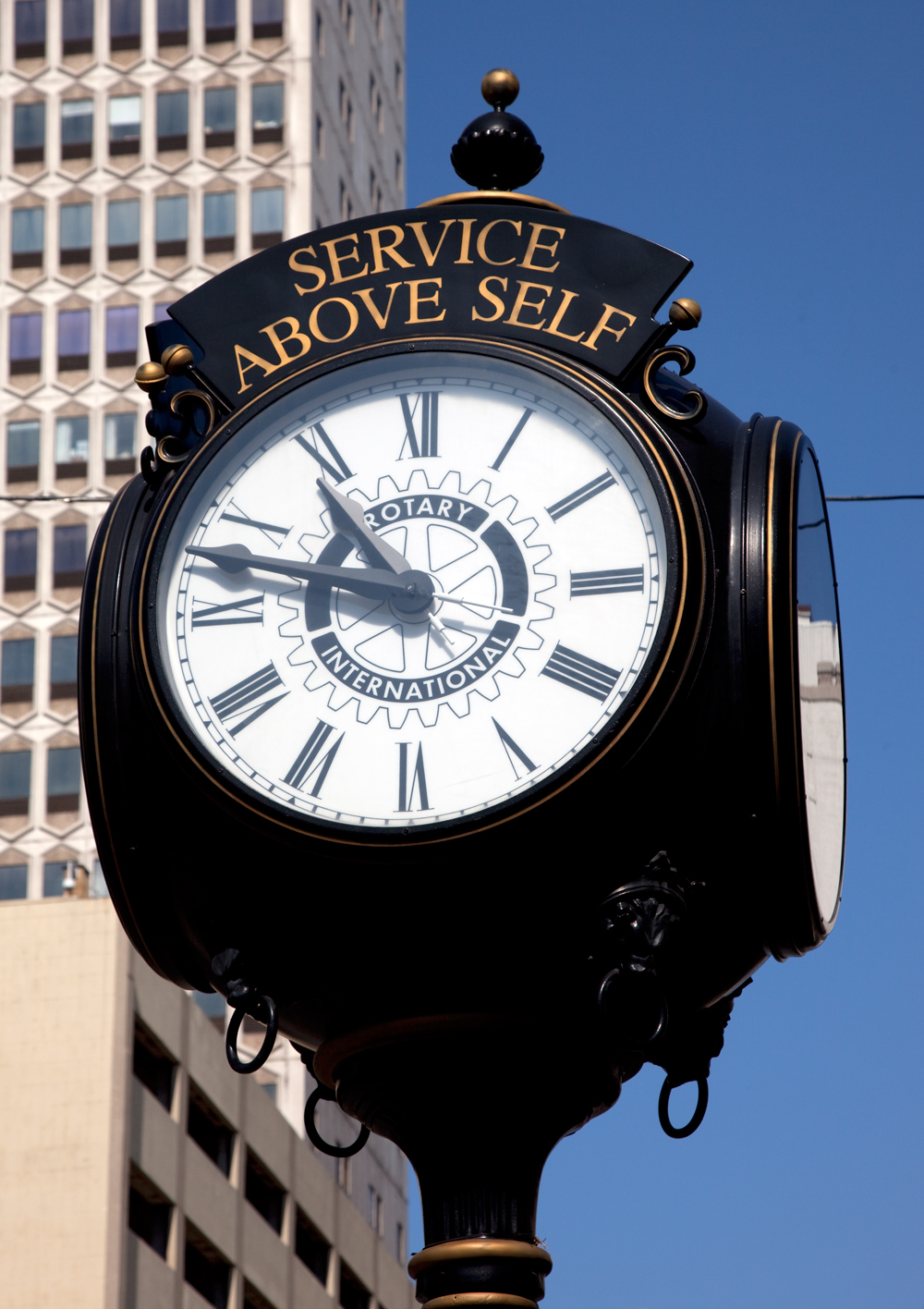 Just who took care of the clock after the departure of Zadek’s is unclear. In January of 1920, Mobile’s city clerk wrote the president of the Rotary Club of Mobile to announce that the board of commissioners had “highly approved” the club’s purchase of the Zadek Clock. Furthermore, the board charged the Rotarians with its maintenance, noting that it stood there “for the general convenience of the public,” and thanked the club “for the patriotic, public spirit in the action it has taken.”

The clock was remodeled to promote the Rotary Club rather than the defunct jewelry emporium, with the clock’s face now declaring the organization’s motto of “Service Above Self.”

At some point in the 1950s, a car ran into the clock and knocked it over. The smashed timepiece was deemed irreparable, and the club chose not to replace it. In retrospect, even if the club had wished to put one back, locating a replacement may have been impossible.

In 2000, nearly 50 years after that fatal accident, a new clock was installed on the corner, placed safely away from the site of the accident. Area Rotary clubs and individual donors contributed the funds. Post clocks of varying sizes were now enjoying a resurgence, although few remembered their original use a century earlier by jewelers.

In late 2017, the clock stopped working. In the spring of 2018, the Rotary Club of Mobile paid to have the clock refurbished, complete with LED lighting. It is back to telling the correct time “for the public’s general convenience,” while reminding passersby of the club’s motto, “Service Above Self.”