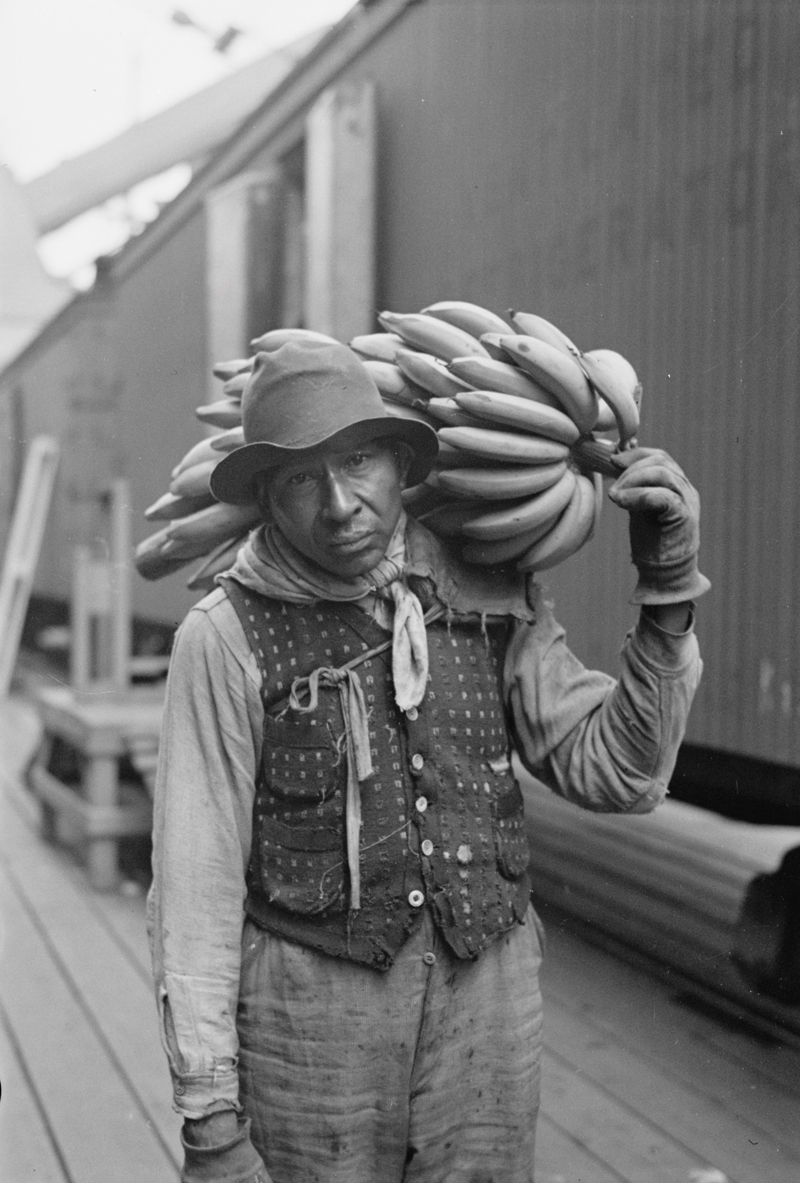 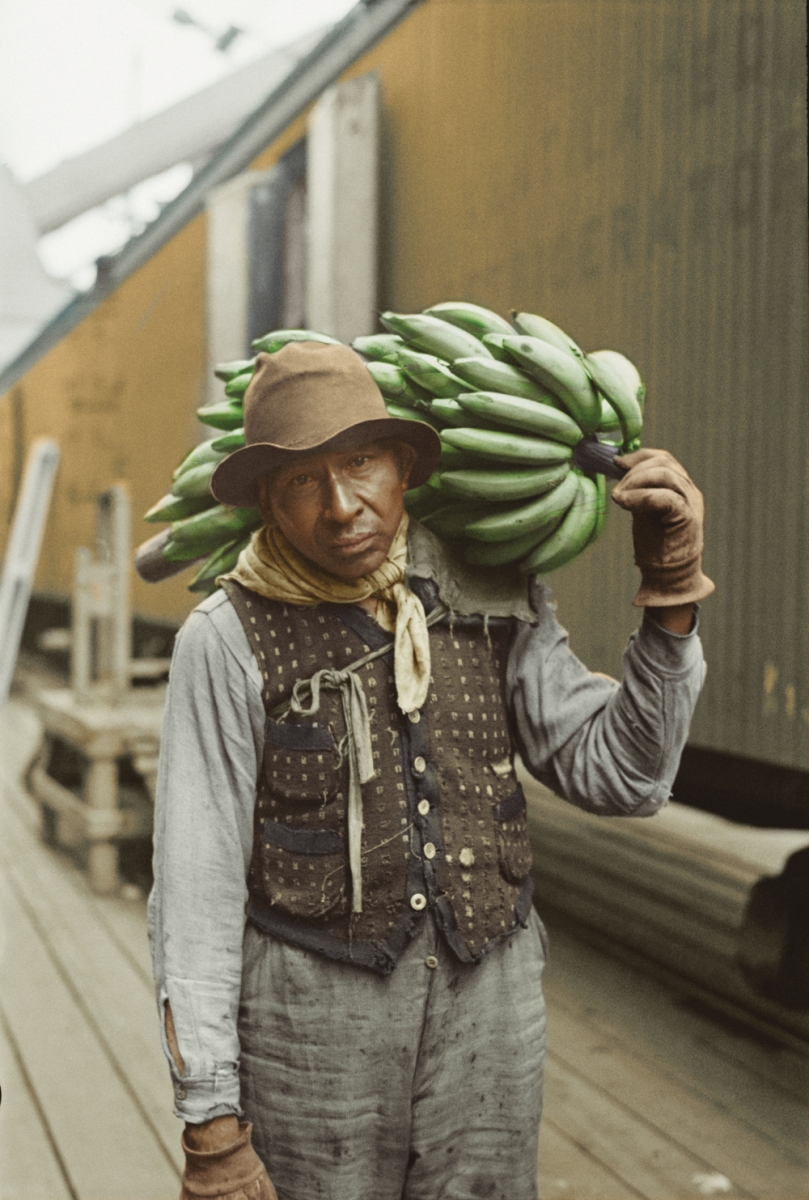 This photograph, taken by Arthur Rothstein in 1937, captures a moment in the life of a laborer on the Mobile banana docks. Rothstein, considered one of America’s best photojournalists, took this photo while on assignment to Alabama by the Farm Security Administration. At the time this image was taken, Rothstein had yet to celebrate his 22nd birthday.

In 1937, Mobile was the third largest banana importer in the United States. The fruit’s booming popularity in the early 20th century had drastic political, economic and environmental effects on the Central American countries from whence it came. The man pictured is likely a ship crew member from Central America. He wears a cushion over his left shoulder to ease the process of moving the great bundles of bananas from a ship to a refrigerated boxcar.

The remnants of the old banana docks were cleared away in the early 1990s to make way for the Mobile Convention Center.