Most people just bring home photos, artwork or maybe a T-shirt as souvenirs from their travels. But four years ago, when Gail Laughner visited friends in Jackson Hole, Wyo., she returned with something she just couldn’t leave behind – a mule named Beauregard.

Beau had worked the rodeo circuit and spent time on a ranch as a pack mule. He was up for sale when Gail called her husband, Jim, back in Baldwin County, and asked, “What do you think about taking in a mule?”

Jim and Gail are horse people; they ride and have trained polo ponies, but adding a mule to their family led them to new pastures – literally. “We live on Fish River, so we looked for a suitable site near our house for Beau and my horse, Easy, ” Gail says. “The property we found was in a sad state of neglect. The previous owners had abandoned a project and left piles of building materials that were covered in briars. Luckily, our neighbor, home builder Chuck Kelly, agreed that there was potential, and together we created a home for Beau and Easy and a lovely retreat for us.” Now, appropriately enough, the home’s pet name is The Mule Company.

After more than three years of work, the couple has reinvigorated the neglected pastures, put in a garden, planted fig, satsuma and lemon trees, and created a unique cottage using much of the abandoned building materials.

“Chuck doesn’t usually work on old barns like this, ” Jim says. “But he likes working with salvaged material and has a great imagination, so this was fun for him. Most of the doors, cabinets and countertops are from wood that was in the briar patch. We cleaned, stripped and reused it.”

The Laughners met in Colorado and lived in Texas for three years training polo ponies. “A lot of the decor in this house came from those years, ” Gail says. “I must have known this was coming, because I kept these things through every move we made around the country. When we got this place, it was a perfect fit.”

Beau has found a perfect home as well. “I say he moved from the country to the country club, ” Jim says. “Living in Wyoming, he had never seen so much grass in his life. He thinks he’s pretty slick now.”

Jim, who plans to breed mules on the property, even introduced Beau to the sport of polo. “Mules are smart. They think things through, which is probably why they have the reputation of being stubborn. Not to take away from horses, but mules are smarter and healthier than horses. I’d like to breed mules like Beau. He’s a real character.” 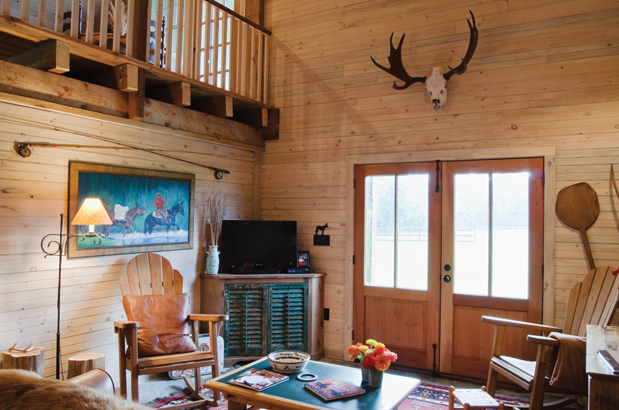 ABOVE Antique rods and reels and a European-mounted moose line the walls of the Laughners’ quiet, countryside oasis. 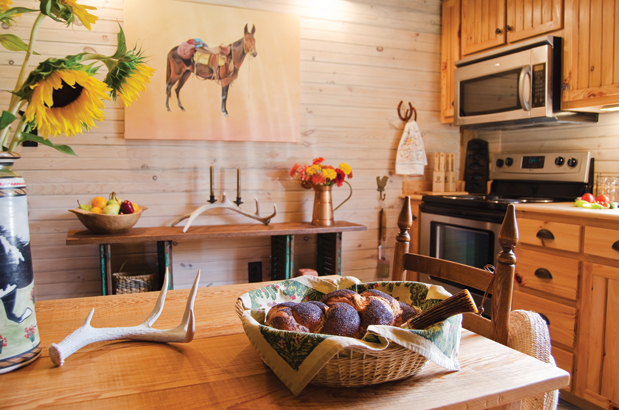 ABOVE Jim’s artwork hangs throughout the house, including this portrait of a mule that might have saved his life on a ride in Wyoming. “This mule stopped dead in his tracks and refused to go on around a bend in the trail. We went back to the horse trailer,  and the mules immediately got in. We later learned that there was a grizzly bear not 30 feet away. We didn’t see it, but the mules knew it was there.” 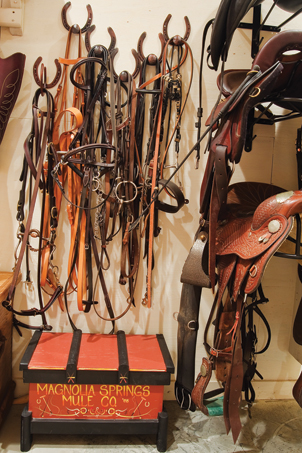 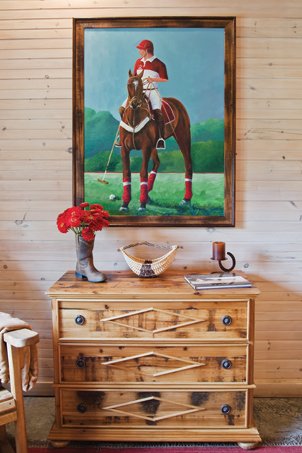 ABOVE LEFT Tack and saddles hang above an old box, now dubbed the “Ark of the Mule, ” that was found on the farm. ABOVE RIGHT More of Jim’s artwork hangs above a chest from Merrill Miller Interiors. One of Gail’s riding boots temporarily serves as a vase. 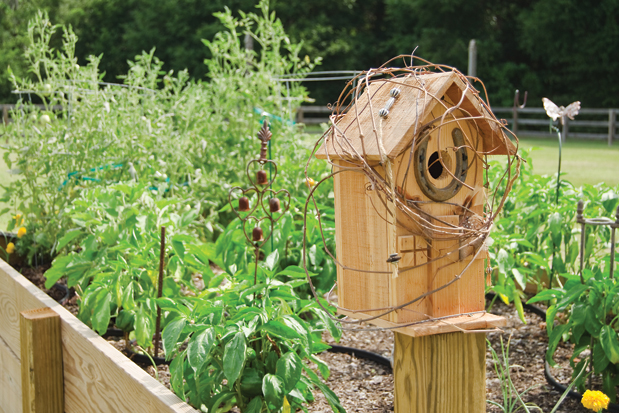 ABOVE A horseshoe-accented bird feeder in the Laughners’ garden welcomes feathered friends. 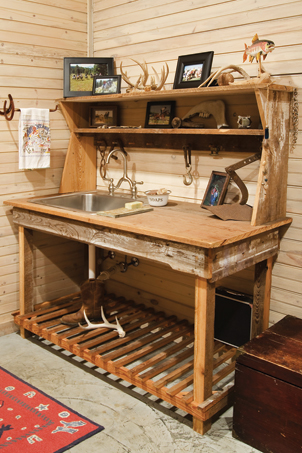 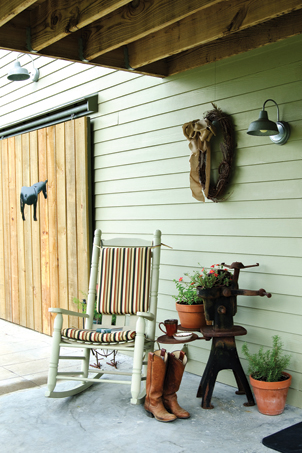 ABOVE LEFT Builder Chuck Kelly crafted a distressed white washstand from old materials he found on the farm. ABOVE RIGHT On the porch, a cozy rocker invites Jim, Gail and their visitors to sit a spell and enjoy the fresh air and pastoral view. 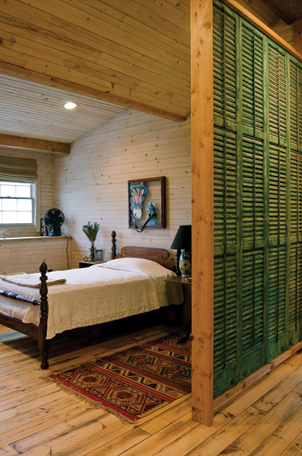 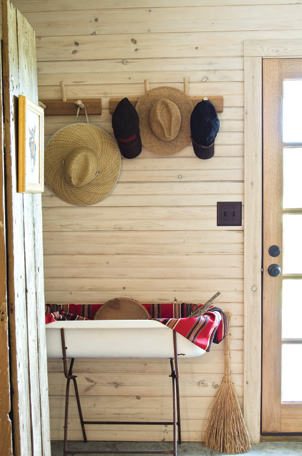 ABOVE LEFT Chuck Kelly already had the 100-year-old shutters that form a divider for the upstairs bedroom. The bed belonged to Jim’s grandparents for all 65 years of their marriage. ABOVE RIGHT A Native American drum, a gift from a friend, and red saddle blanket pair well with an antique baby bath in the mudroom.