The bride wore a gown of ivory silk shantung taffeta designed by Ramona Keveza. The gown was accented at the waist with a Swarovski crystal and rhinestone belt and was finished in the back with fabric-covered buttons. Her ivory, cathedral-length veil was designed by Galinda and featured a wide border of scattered Swarovski crystals. The bride carried a bouquet of white peonies and blush garden and spray roses created by Belle Bouquet florist.

Following the ceremony, a reception was held in the classically-decorated grand ballroom of The Admiral Hotel. Guests danced the night away to the sounds of Third Generation Band, of Atlanta. The bride’s cake, created by Couture Cakes, was four layers of classic, white wedding cake with buttercream icing, topped with white peonies and spray roses. The groom’s cake, also from Couture Cakes, was two layers of chocolate cake, topped with a tribute to the couple’s alma mater, Auburn University. The couple was sent off to a honeymoon in Jamaica through a tunnel of glowing sparklers. They now reside in Oxford, Alabama. 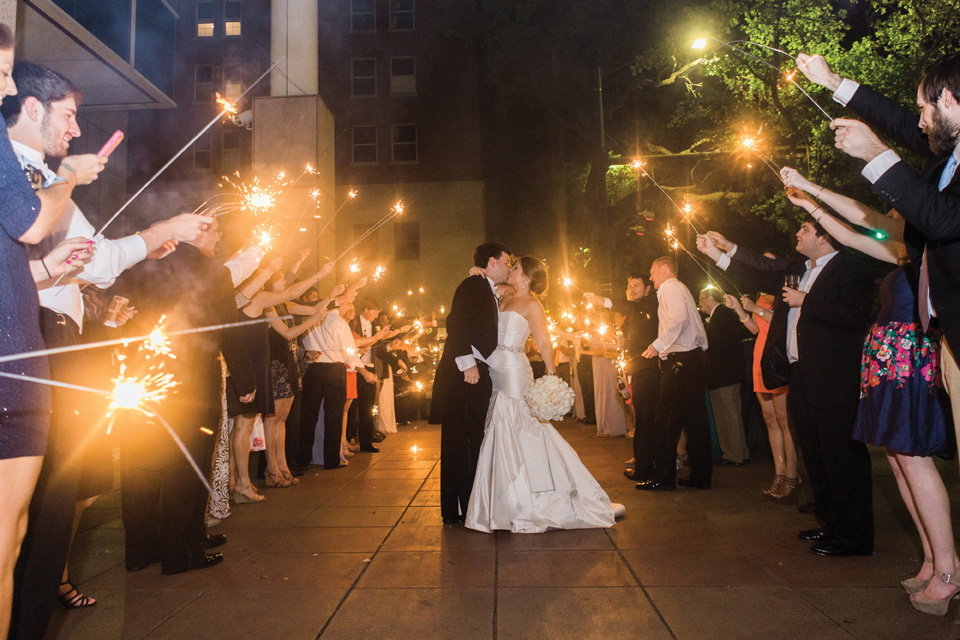