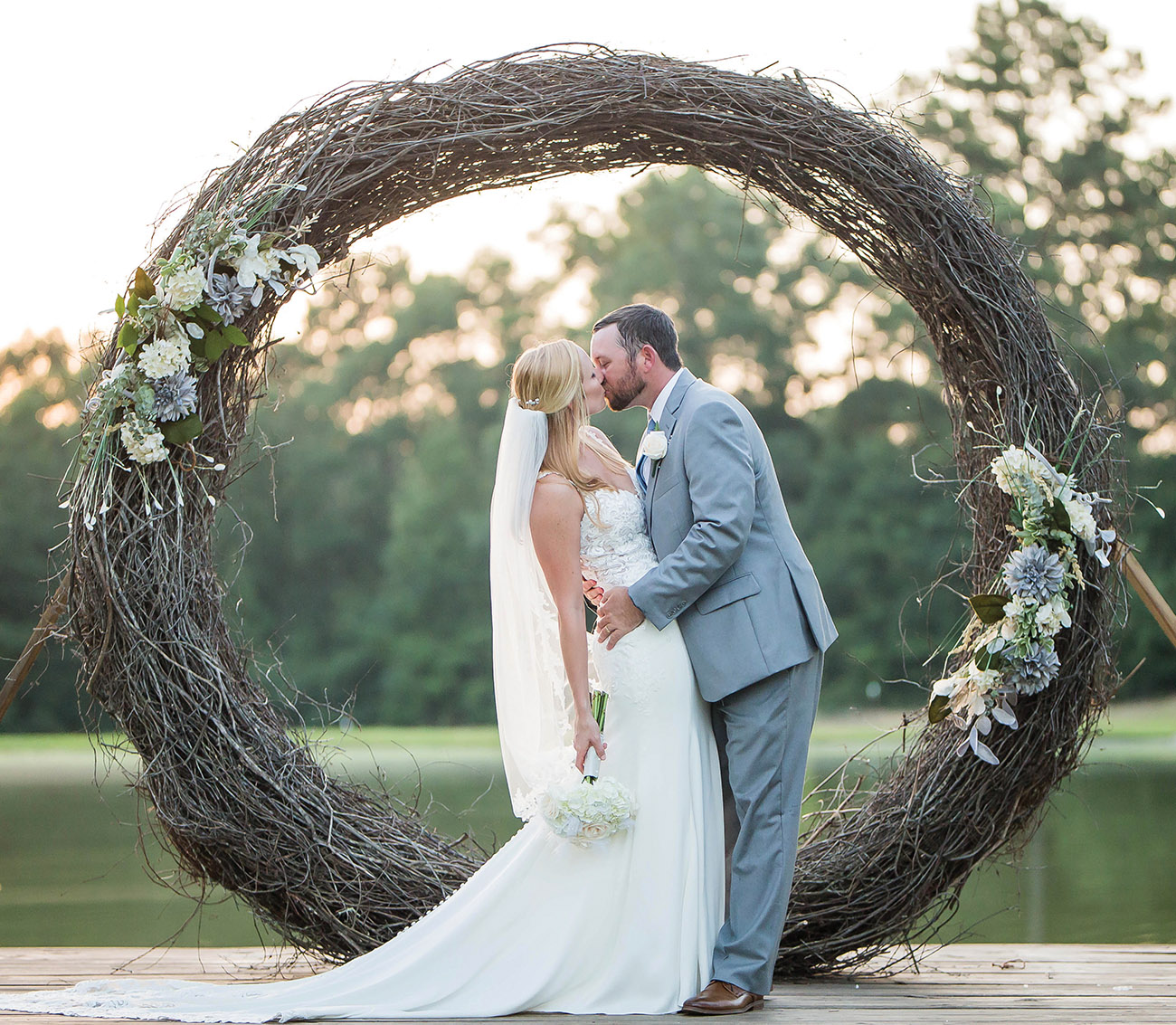 A traditional ceremony took place on the beautiful grounds of Kalioka Stables just before sunset with the reception following. Given by her parents and escorted by her father, the bride wore an elegant Australian gown, adorned with French lace. 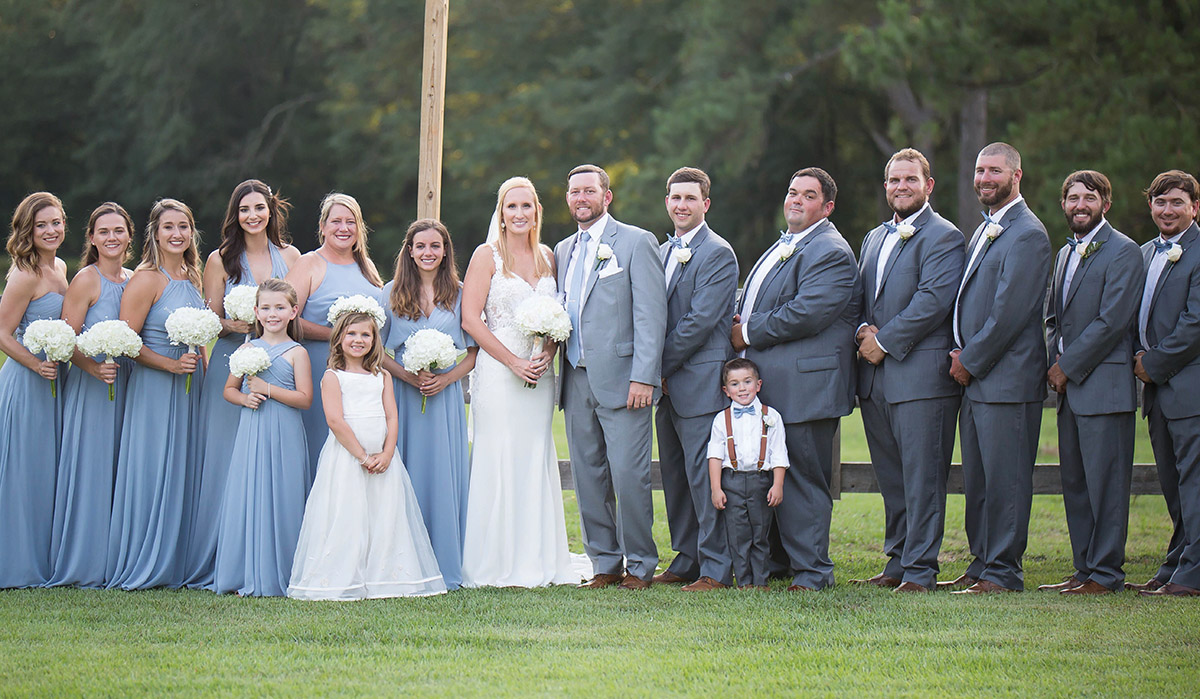 The day before the wedding, the bride and her bridesmaids enjoyed a day at The Battle House Spa, and the groom and the groomsmen enjoyed the day with a competitive round of golf at Rock Creek Golf Club.

The groom’s parents hosted the rehearsal dinner at Iron Hand Brewing. The guests fanned red and white ribbon-ed shakers as the couple departed.

Upon returning from their honeymoon on Paradise Island, Bahamas, the couple will reside in Satsuma. 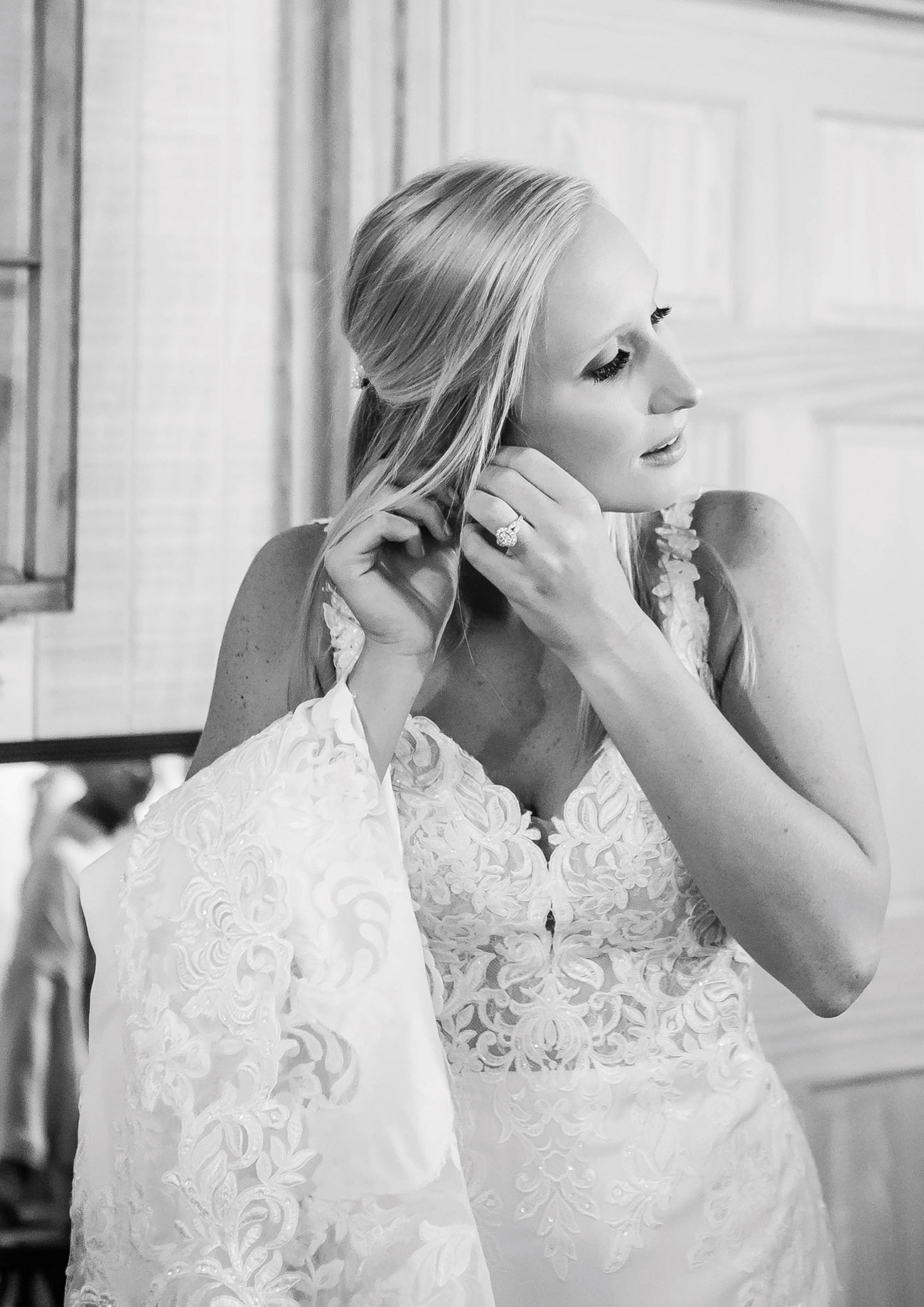 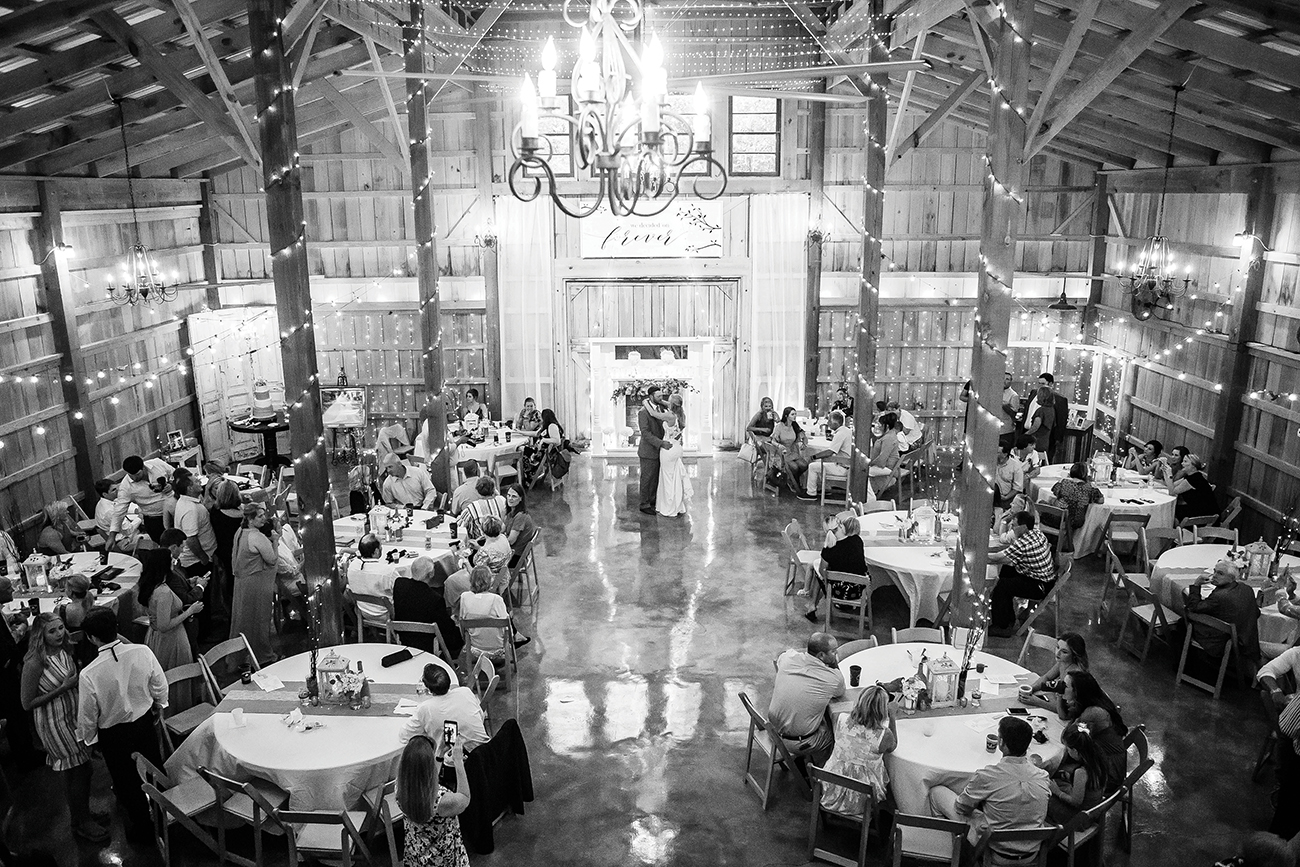 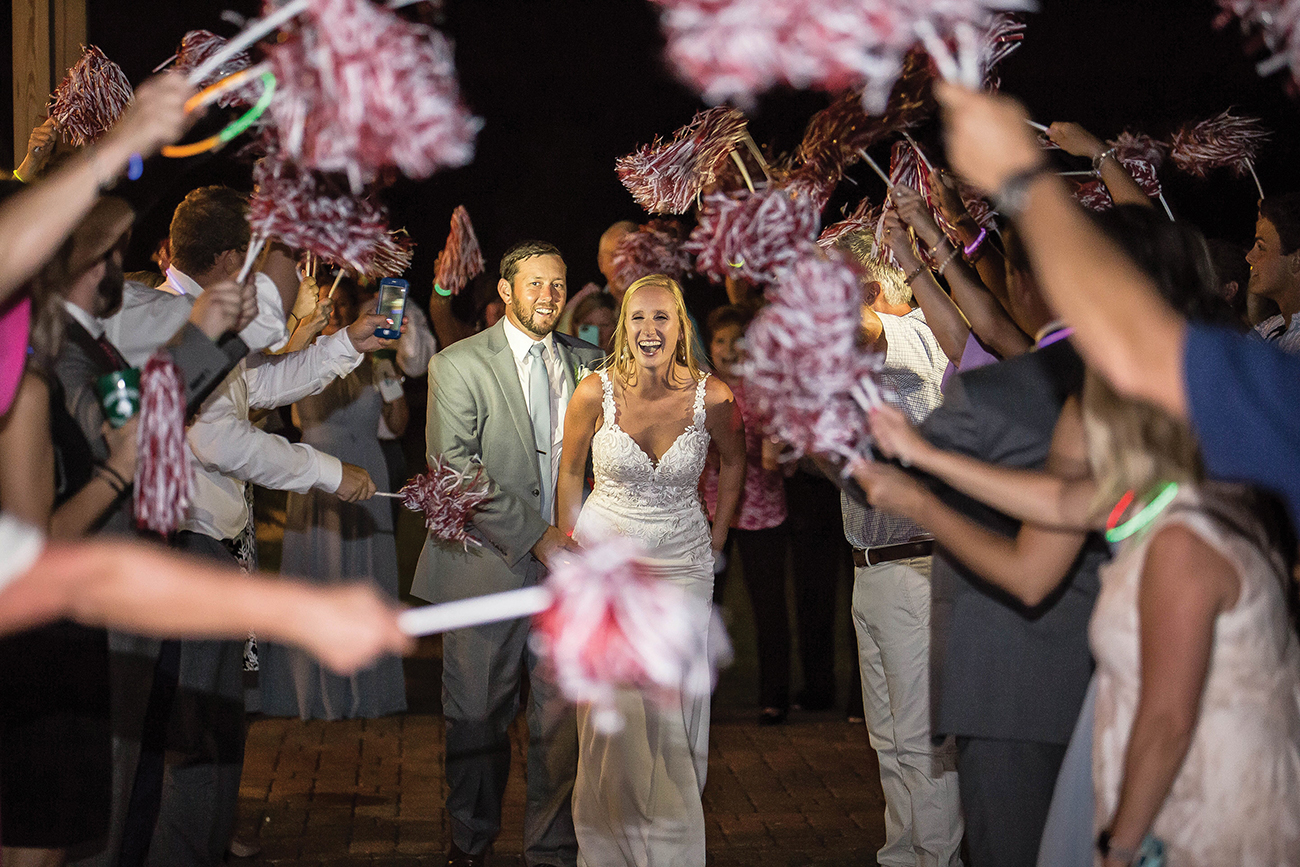