Chelsea wore an ivory silk dress with lace detailing at the top, with antique-style kitten heels from Timeless Bride. Jennifer Savell styled her hair, and a borrowed peach cameo and pearl ring from the bride’s mother helped evoke an Old Hollywood vibe for the ensemble.

Friends and family gathered in the street in front of Fort Conde Inn in Downtown Mobile for a brief ceremony followed by a lively reception. Bay Gourmet provided the delectable food, and guests danced along to A DJ Connection’s upbeat tunes. Lights strung across the street, courtesy of Willow Bridge, illuminated the scene as dusk descended. Photographer Brad Puckett captured the entire whirlwind of a day. Guests devoured the wedding cake, courtesy of Cakes by Judi, while the bride feasted upon a gluten-free cake made by Sally’s Piece-a-Cake. Florals throughout the venue came from Flowerama, and a family friend of the bride, Dr. Shaye Luckett of Baton Rouge, handcrafted beautiful table centerpieces for the reception that perfectly captured the elegant, timeless feel.

Chelsea and Jamie danced for the first time as husband and wife to Frank Sinatra’s “The Way You Look Tonight, ” while the father-daughter dance tugged at heartstrings with “I Loved Her First.” The groom also danced with his mother to “I Hope You Dance.” The newlyweds honeymooned on a cruise to Cozumel and Grand Cayman.

The groom thanks his parents, Randy Adams and Tracy Reid, for years of support and love. Additionally, thank you to Laura Bartlett, Jamie’s aunt, for pampering the new couple with a lavish, homemade rehearsal dinner that featured authentic Italian cuisine that drew from both the bride’s and groom’s heritages. Finally, the bride would like to thank her parents, Mia and Joel Wallace, from the bottom of her heart. Besides being an enormous help with planning and executing a dream wedding, they have always been the perfect example of a truly loving, genuinely happy marriage. 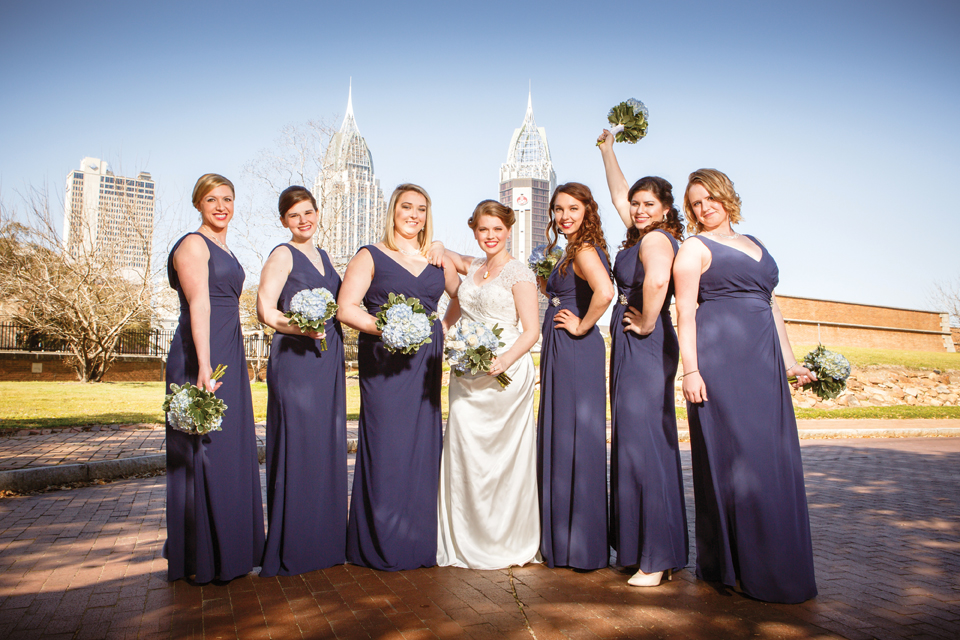 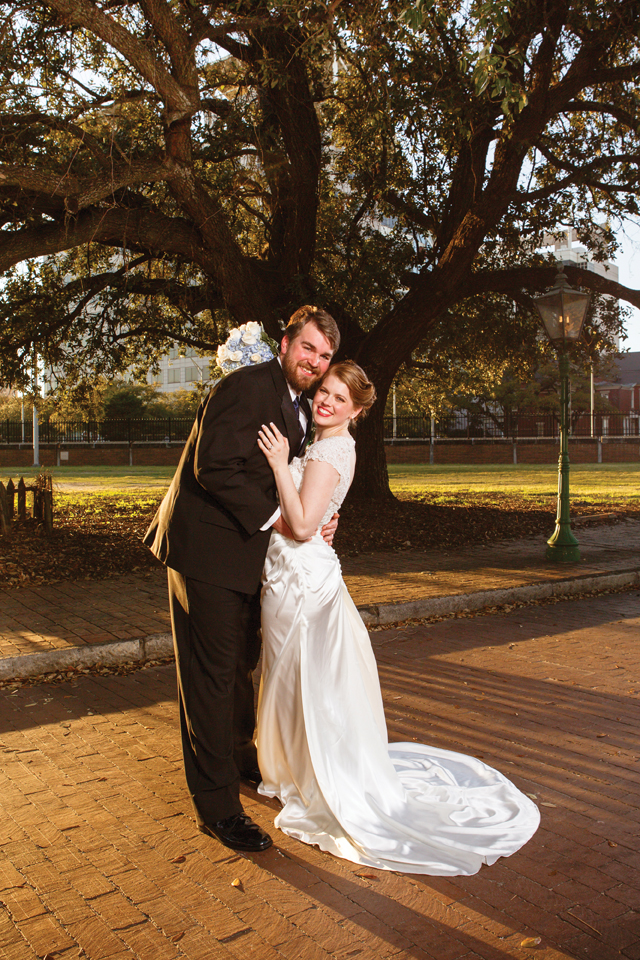 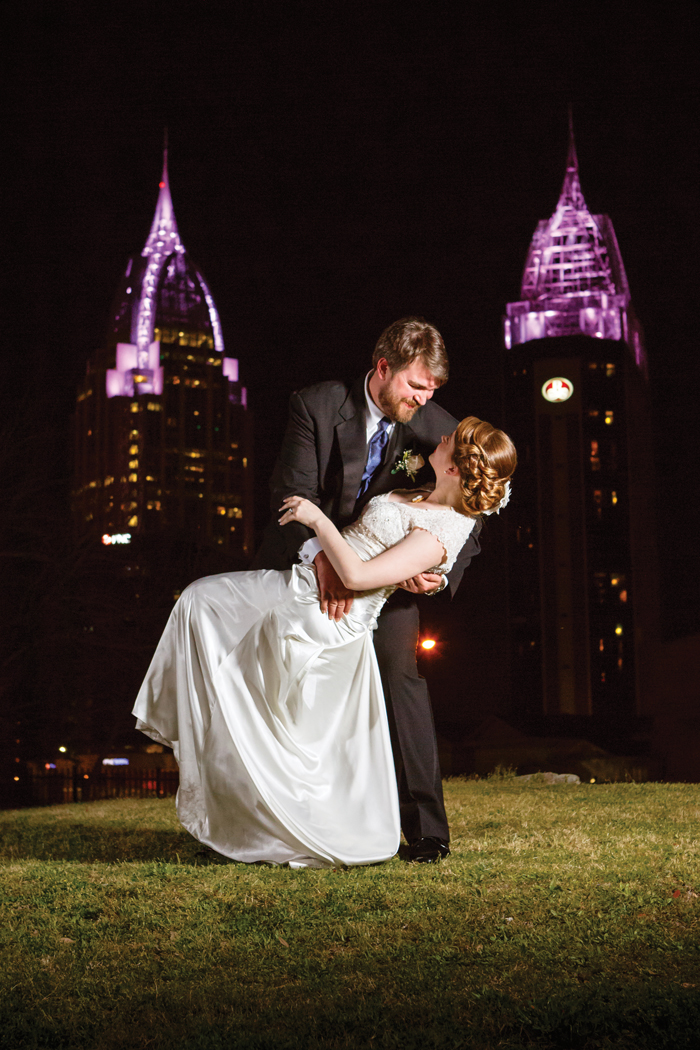 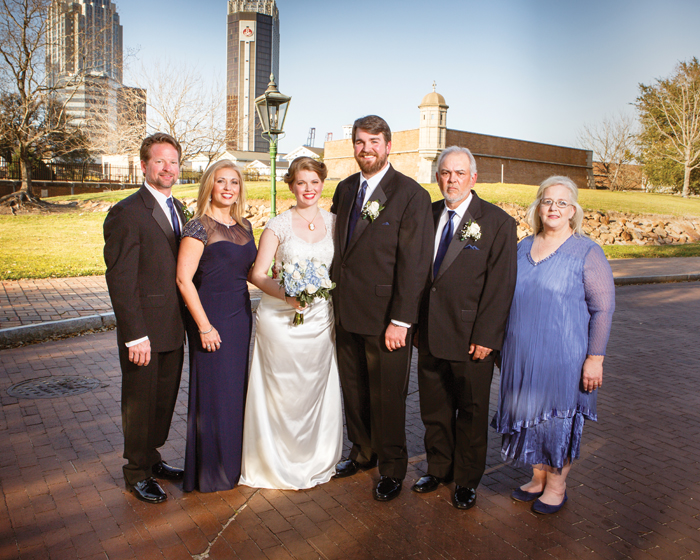 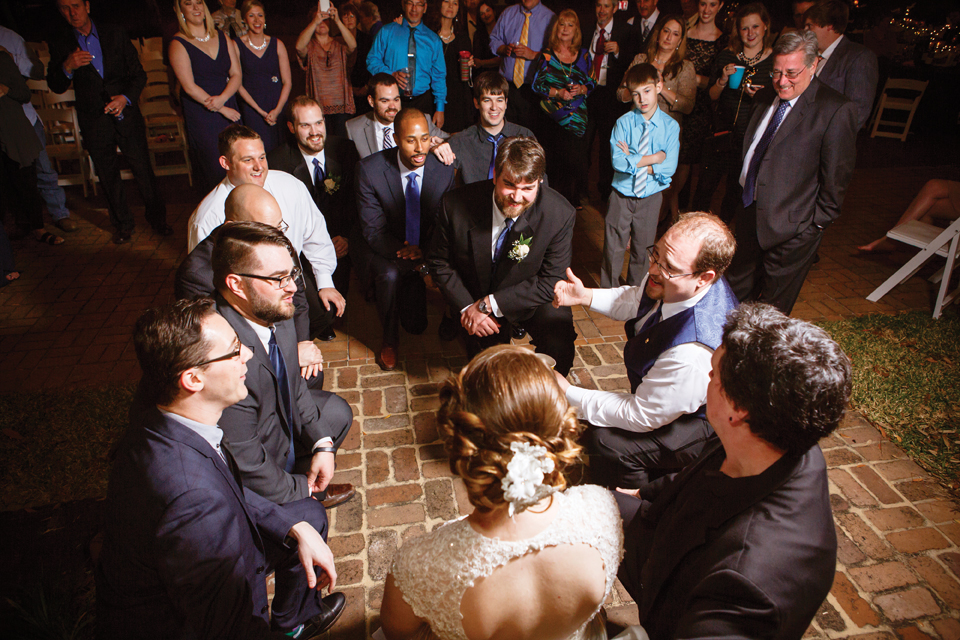