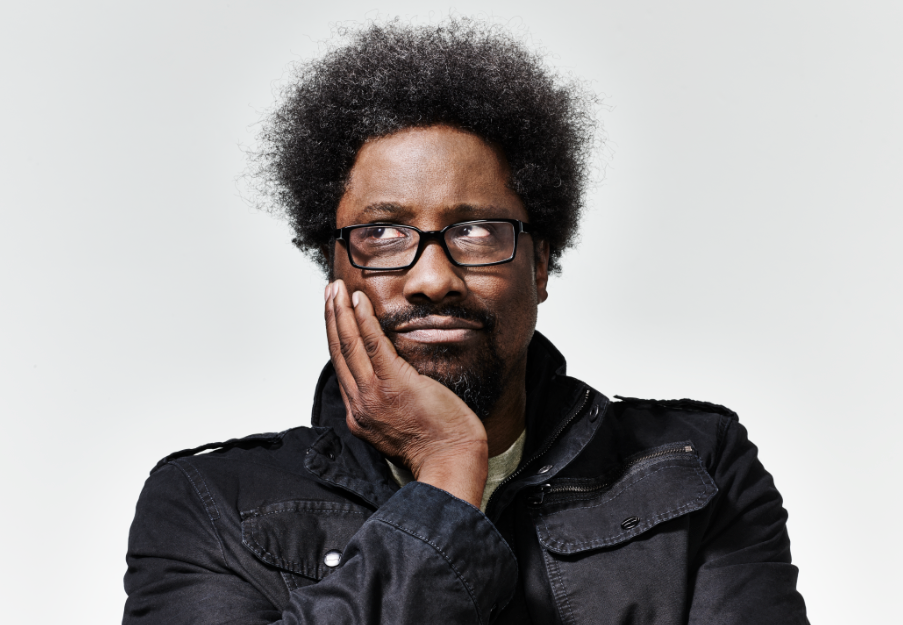 W. Kamau Bell, comedian, author and radio show host, talks to MB about his Mobile roots and his latest visit to the city, during which he filmed an episode for the third season of his CNN series “United Shades of America.”

Before you catch the episode, set to air on June 17, read about Bell’s connection to Mobile and why he thinks it’s important to bring his viewers to this funny little place by the Bay.

In this third season of “United Shades of America, ” what do you hope to accomplish?
This season, especially, I thought was an opportunity to go to areas of the country that people were either completely unfamiliar with or think they’re familiar with but have a lot of misinformation about. And then my job is to sort of hand the microphone over to people and let them tell their own stories. With the Mobile episode, it was right after the election of President Trump and a lot of people were condescending to the South … so I wanted to do an episode about the South, but specifically my connection to the South, which is Mobile. And also, Mobile is a city that has a little bit of a chip on its shoulder because it feels like it doesn’t get the recognition it deserves with things like Mardi Gras and all of its history. Not to mention it’s the third largest city in Alabama. So there’s all this stuff! And people don’t realize it! So for me, it just felt natural to go there. Having lived in Mobile before, I had a connection to it, and I was able to do things like return a library book that was like 30 years old.

What memories do you have about going to the Ben May Library downtown?
I used to live close enough that I could ride my bike there. We used to live on Warren Street, which isn’t too far from there, and my grandmother’s house was on Congress. That was one of my first experiences of being old enough to go somewhere on my own. I’d leave my bike outside the library, go inside and sit amongst the stacks for hours. They’ve really expanded [the library] since I was a kid, but walking back through the old part, I was like, “Oh yeah, this is the part I remember.”

At that point, as I said in my book, I was really into comic books. So I would get any book I could that was about drawing comic books. I also read a lot of comedy books — “Peanuts” stuff and “Beetle Bailey.” I spent a lot of time in that library thinking about drawing and also about being funny.

What was it like to see your own book sitting on the shelf at that library?
(laughs) I don’t know if they did that because they knew I was coming that day. They claimed it was already right there.

But it feels good to be claimed [by Mobile]. A lot of people don’t realize I spent time there. I just went back to Mobile about a week ago, and I walked out of the Mobile Airport, which I’ve been going to my whole life, and somebody who recognized me asked, “What are you doing here?”

So going to the library [and seeing my book], it felt good that I was being claimed as somebody who was worth knowing.

What exactly is your history with Mobile?
My parents split up when I was pretty young, but I would go to Mobile every summer. My mom would put me on a plane by myself; they would hand me to the gate agent, who’d take me to the flight attendant, who’d sit me on a plane and give me the wings and orange juice. Then they would come get me and walk me through the airport to get me on the next flight from Atlanta to Mobile. So I did that every summer since I was 4, and I’d stay at my grandmother’s house on Congress Street. I spent about 3 months of every year in Mobile as a kid, and sometimes I’d go back for Thanksgiving or something. So it was a lot of time.

My memories of summertime as a kid are about Mobile and being at my grandmother’s house — watching game shows on TV, running around in her front yard, picking figs off her tree and eating pecans. Or her dog named Freeway who would chase cars, then every now and then he’d escape the yard and be gone for about two weeks.

Then on Sundays, we’d go around the corner to Big Zion Church, which is in the episode, and we’d spend what felt like 14 hours there on Sunday. It probably wasn’t that long, but it felt like it. And every Sunday an old black woman would pass out and catch the Holy Ghost during the sermon, and they would take her to the back room and fan her off until she stopped talking in tongues. (laughs) You know, it was just very steeped — grandmother making gumbo, cooking all day. She was a seamstress, so she made a lot of my clothes back in the day. It was a very different lifestyle when I was visiting Mobile in the summers from the life I was living with my mom at that point in Boston or Indianapolis. It was a very North vs. South lifestyle.

The most emotional moment for you during the Mobile episode is when you revisit your grandmother’s house. What were you feeling in that moment?
I hadn’t been back there in a long time, because she died in the mid-’90s. So it had been more than 20 years. As soon as we pulled up with the crew, and I saw the state the house was in, I just started to get overwhelmed.

Sometimes in those situations, you try to stop crying because you’re about to make TV, but I’ve learned that, with the show I make, it’s about wearing my heart on my sleeve, whether I’m laughing or crying. So I just asked Patrick, the cameraman who’s been with the show since the first season, to turn the camera on. I just thought, whether we use this or not, this is a real moment that’s happening.

This episode is about my personal connection to Mobile, and it’s through that house that’s the most intense version of it … and I thought, if I’m having this moment, I’m sure there are people watching TV who can relate to moments like this. This whole show is about wearing my heart, and my ignorance and my joy on my sleeve.

You talked to somebody during the episode who told you to go try the shrimp and grits at Mama’s on Dauphin. Did you ever get to go?
No, we didn’t. But that’s the great thing about this. Normally when I shoot an episode, people say, “ Go to this place in town, ” and we don’t have time to do it. And I’m like, I will never be in Barrow, Alaska, again, so I’m not gonna be able to go to that place. But I’ll be back in Mobile.

What did the members of your crew who had never been to Mobile think about the city?
Well, the funny thing is, one of the members of the crew is from Huntsville. He had not spent a lot of time in Mobile, but he really was like, “Oh yeah, this is totally reminiscent of home.” So he and I had a lot of good moments together.

Do any of your friends outside the South actually believe that Alabama has these spectacular beaches?
No, and it’s funny — that was one of the most important things I wanted to get in the show, because I’ve spent so much time at those beaches and still spend time there every now and again. At one point we were like, “We might not have time to shoot the beaches.”

I said, “If we don’t shoot the beaches, we might as well go home now.”

It’s just something nobody knows about! And I sort of feel like it’s my little bit of helping the tourism of Orange Beach. My wife didn’t believe it either when we met, because she’s from California. Now she’s been going there for years, and the kids have been out there now. It’s a place where we can go have a pretty low-key vacation and a pretty cheap vacation compared to other vacation spots, and I really love it.

We want to bring our friends who have kids with us, but everyone is like, “No, we’re alright.” Just because the Alabama part makes them say, “I don’t know.” So I’m really hoping that now that I show it and they can see it, we’ll actually get some of our friends to come hang out with me on the beaches of Alabama.

As we approach the airing of the Mobile episode, is there anything else you hope it accomplishes?
I think that, because of the nature of the show, people have some sort of image of me as this West Coast, Berkeley liberal — which might be true, but that’s not all that I am. I’m complicated. Yes, I am that, but I’m also this! These different things can exist in one body. For example, when I was in Mobile last, all I wanted was some fried shrimp. That’s all I wanted. I can’t get that anywhere else! I just wanted some fried shrimp with some gumbo.

The thing I’m excited about with this episode is that I would like the people of Mobile to know, for better or for worse, that I have history there. So that when I come, they say, “Welcome home.”

Don’t miss W. Kamau Bell’s visit to Mobile on June 17 at 9 p.m. CST on CNN. Also, check out his book “The Awkward Thoughts of W. Kamau Bell, ” available on Amazon — and, of course, the Mobile Public Library.