The bride is the daughter of Dr. and Mrs. John Charles McDuff of Fairhope. The groom is the son of Mr. and Mrs. Paul Ellis Bridges of Mobile.

Given in marriage by her mother and father, the bride wore a Romona Keveza fluted-shaped gown made of point d’esprit lace with an illusion V-neck. Her cathedral-length veil was borrowed from her sister. The bride carried a bouquet of hydrangeas that included the cake topper from her late maternal grandparents’ wedding. Flowers for the ceremony and reception were designed by Stephanie Easterling of Wildflowers.

Following the noon ceremony, a reception was held at the Wash House Restaurant in Point Clear. Guests indulged in the build-your-own bloody Mary bar and grilled oysters as they listened to the Excelsior Band. The wedding cake, created by Cakes by Vickie, was a five-tiered naked cake with lemon icing. After traveling to Chile for their honeymoon, the couple now resides in Mobile. 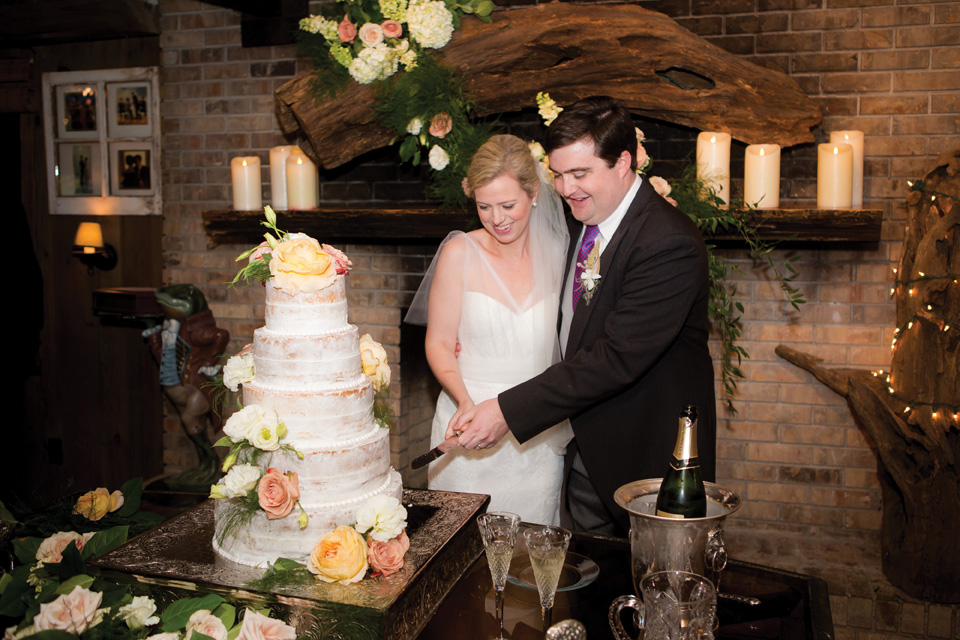