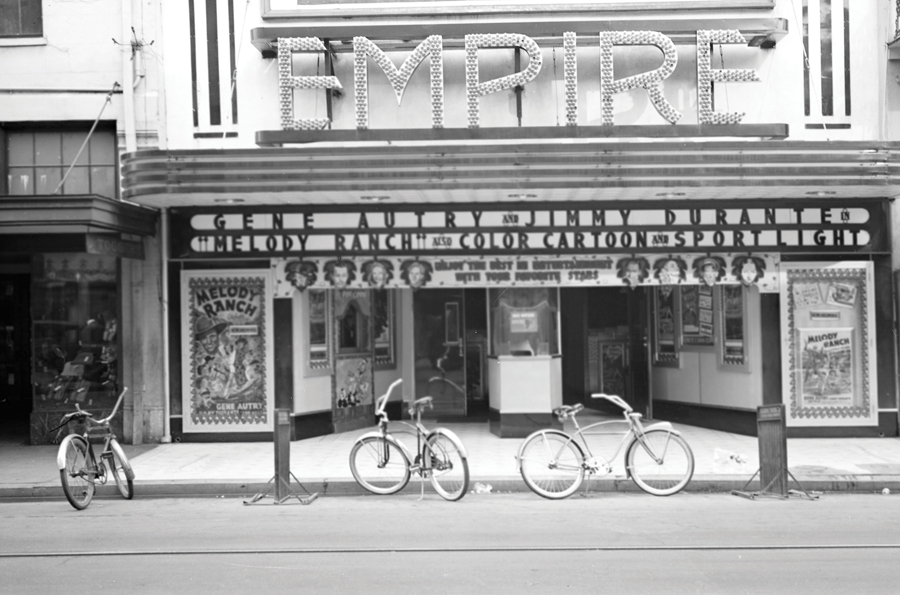 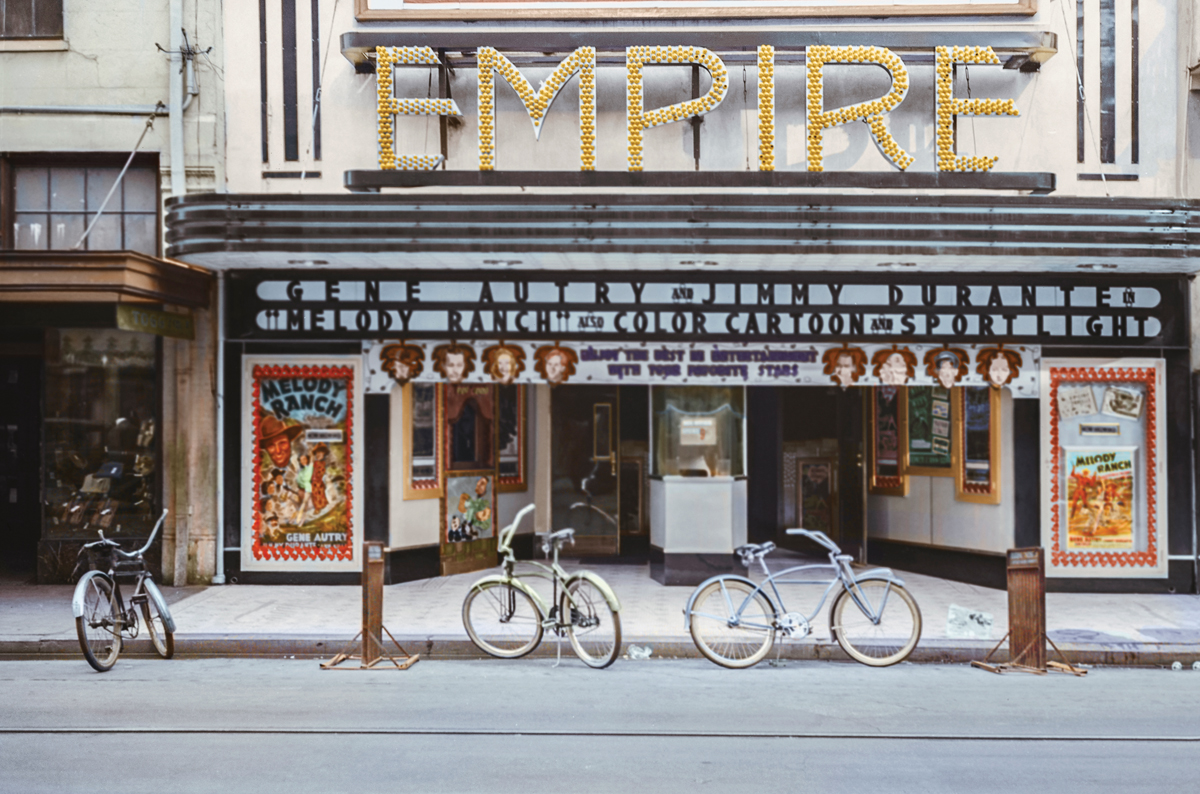 The Beaux-Arts-informed Empire Theatre at 212 Dauphin Street entertained Mobile audiences during the first half of the 20th century. “Located in the heart of Mobile’s theatre district, ” says Cart Blackwell of the Historic Development Commission, “the classically attuned building was within spitting distance of The Century, Lyric, Atlantic, etc.”

The photograph is from the Julius E. Marx Collection, which features a stash of residential and commercial property images from Marx Realty dating from 1927 to 1985. The Western musical film “Melody Ranch, ” released in 1940, was added to the National Film Registry in 2002 for being culturally and historically significant. Today, a small parking lot just west of the Crescent Theater occupies the past location of the old Empire Theatre.