Jenna was stunning in her ivory dupioni silk gown designed by Justin Alexander.  Her bridal ensemble was completed by a handmade jacket and veil that was created by Colleen Hopwood of Bella Couture using Jenna’s mother’s Eve of Milady wedding gown. Her jacket was adorned with delicate pearls and featured scallop edges and a keyhole back. Her veil was made of silk tulle and the organza and Alencon lace train from her mother’s gown. She wore a sparkling Swarovski crystal belt to accentuate her waist. Jenna’s gown was transformed for the reception by adding the matching silk peplum designed by Justin Alexander. The bride carried a bouquet of dusty millers, white calla lilies, roses and ranunculus beautifully arranged by Southern Veranda in Fairhope.

Following the ceremony, a reception was held at Oak Hollow Farm where the couple and their guests danced the night away to Second Groove Showband. The decor was a blend of classic romance with a touch of Southern chic.

The bride’s cake was designed by Betty Weber of Pensacola and featured a four-tiered cake, adorned with an abundance of fresh flowers. The groom’s cake was created by his aunt, Paula Malone and resembled a turkey with the use of one of his recent turkey fans. After traveling to the Dominican Republic, the couple now resides in Fairhope. 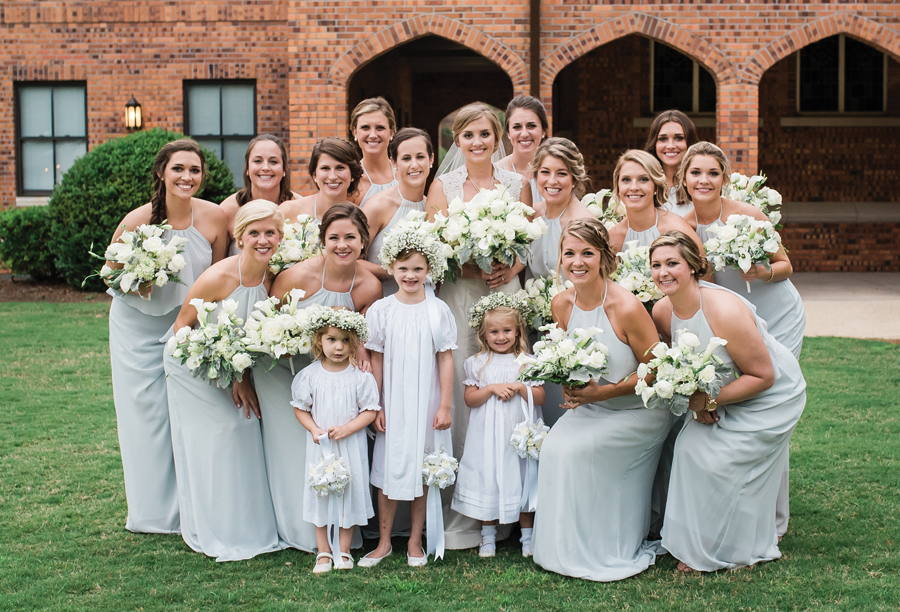