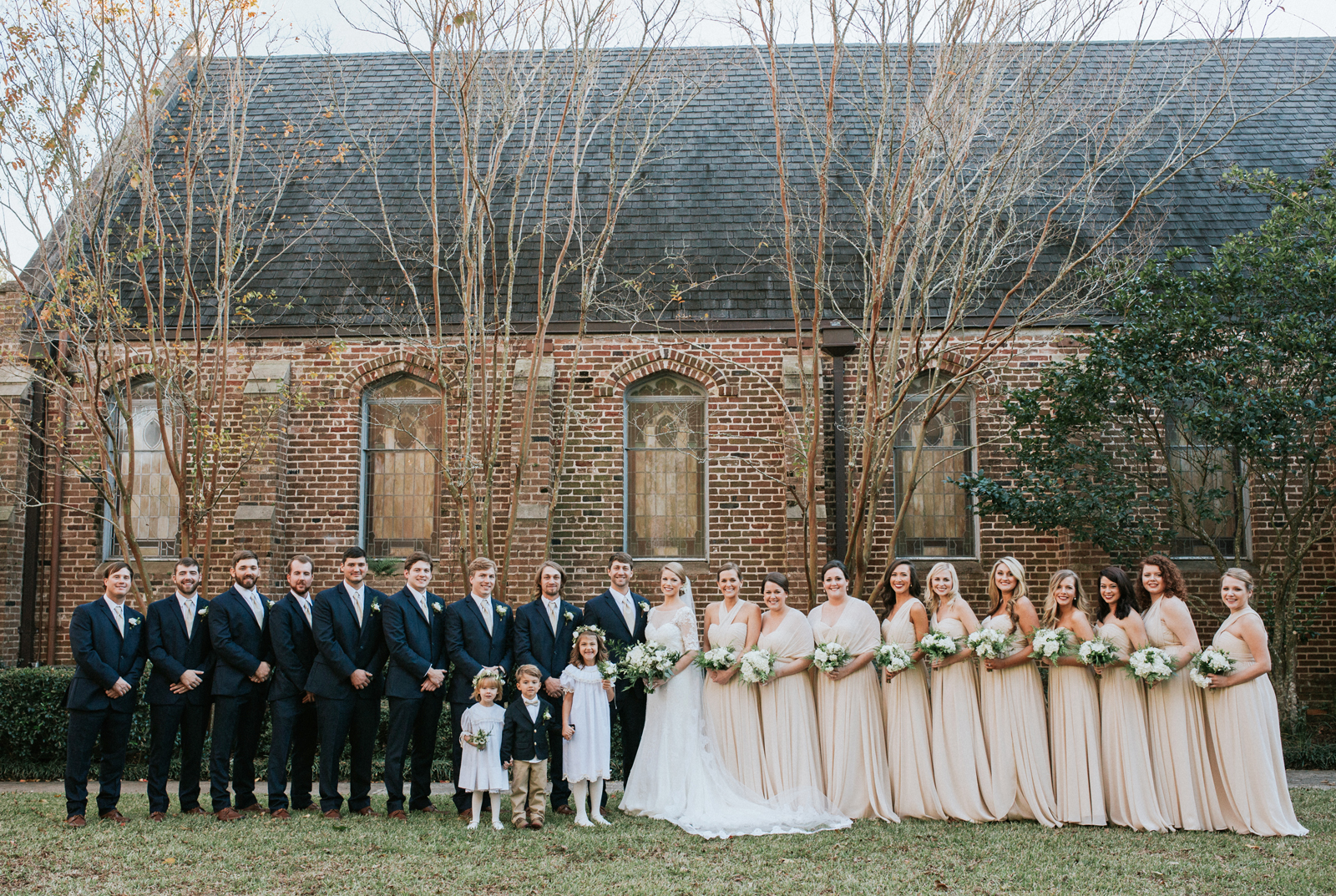 The bride is the daughter of Ms. Ashley Phillips Maynard of Mobile. The groom is the son of Ms. Judy McMillan Mack and Mr. and Mrs. John Allen Mack of Monroeville.

To the traditional hymn “Be Thou My Vision”, performed by violinist Katherine Hill, Elizabeth was escorted by her brothers, Austin and Jeb Maynard. She wore a Justin Alexander gown with a cathedral-length veil trimmed with lace from her mother’s wedding dress. She carried a winter-white bouquet of hydrangeas, peonies, Dendrobium orchids and lisianthus, with touches of Italian ruscus and cedar by Beckham’s Florist.

Following the ceremony, a reception was held at The Steeple, which was adorned with evergreen, cedar and winter-white arrangements by floral designer Stef Maynard. After dancing the night away to music by Paw Paw’s Medicine Cabinet, the couple traveled to Highlands, N.C., for their honeymoon and now resides in Mobile. 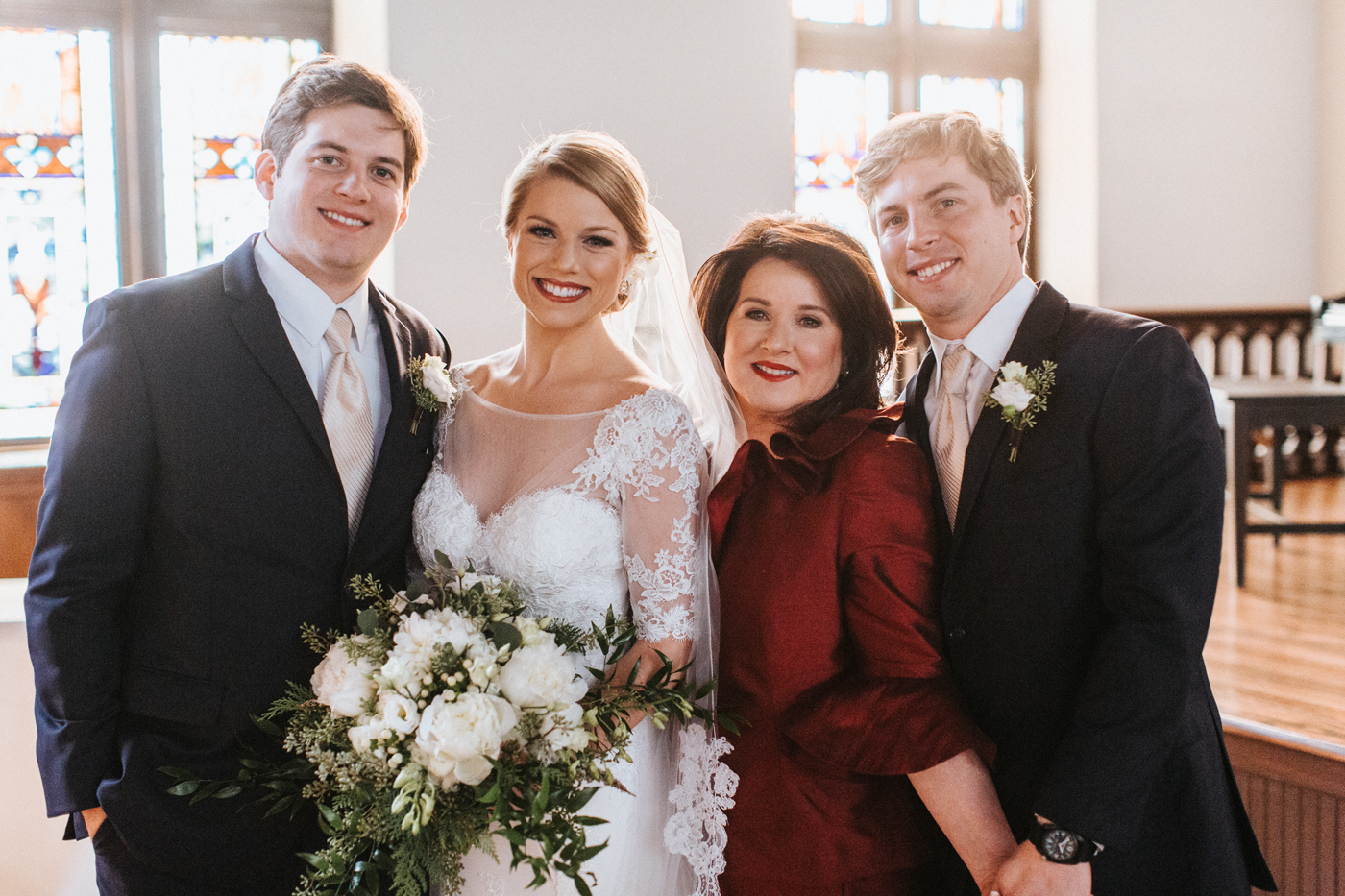