Leigh Sellers Holliman and Kevin Wesley Misso were united in marriage on May 10, 2016. The couple traveled to Venice, Italy to celebrate their nuptials with family, and the groom’s lifelong friend, Pastor Mark Correll performed the 2:30 p.m. ceremony. The wedding and reception venue was the Hotel Luna Baglioni with the wedding ceremony conducted on the third floor San Giorgio Terrace overlooking the Canal Grande, St. Mark’s Basin and San Giorgio Island.

The bride is the daughter of Mrs. Becky Sellers Tate and Mr. William Robert Holliman of Mobile, Alabama.

The groom is the son of Mr. and Mrs. Van Cleveland Misso of Birmingham, Alabama.

Following the wedding, the bride, groom and their guests boarded vintage wooden water taxis for a tour of the Venetian Canals, concluded with dinner at the Hotel Luna Baglioni.

The bride’s gown was a V-neck chiffon with chantilly lace embellishment by Jenny Packham from Carriage House Weddings in Homewood, Alabama.

The evening before the ceremony, the groom’s parents hosted a dinner for the wedding party on the panoramic terrace of Restaurant De Pisis at Palazzo Bauer.

After traveling Europe for their honeymoon, the couple celebrated with a wedding reception at B&A Warehouse in Birmingham, Alabama on May 28, 2016. The couple now resides in Homewood, Alabama. 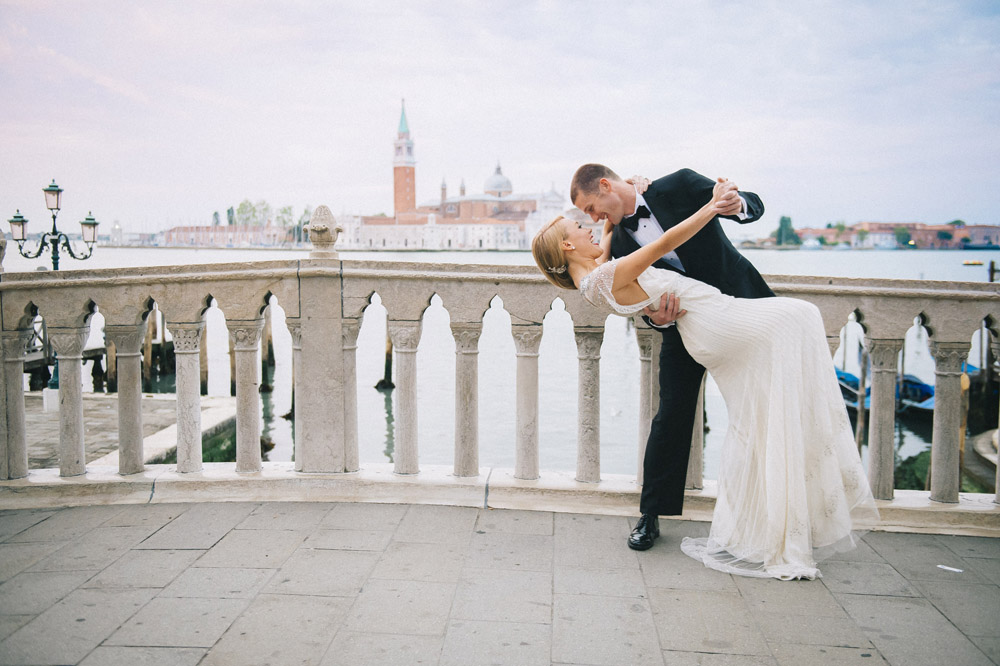