It seems especially cruel how wonderful the weather is on the drive to Monroeville on Saturday. It's one of the year's few transition days — the days on the calendar that teeter between two seasons like a baseball player hesitating between bases. As spring threatens to reawaken the Alabama countryside along Highway 21, Monroeville is burying Nelle Harper Lee.

Since the news started to leak that Lee had died at 89 years old, Monroeville as a town began its own kind of transition. A transition to a life after Harper Lee. I wanted to see firsthand how the “Literary Capital of Alabama” dusted itself off the day after losing its most celebrated daughter. So I enlisted my mom and sister, and we drove to Monroeville.

It's been several years since I last visited Monroeville, which is silly. It's only an hour and a half down the road, and it's a charming trip. And I certainly have fond memories of the town. I remember being about 10 years old and watching the jury hand down a guilty verdict during the town's popular “To Kill a Mockingbird” play. I also remember attending a dinner party that night with several of the actors from the day's play and falling hopelessly in love with the girl who played Scout. It took a while for my 10-year-old self to get over that one. 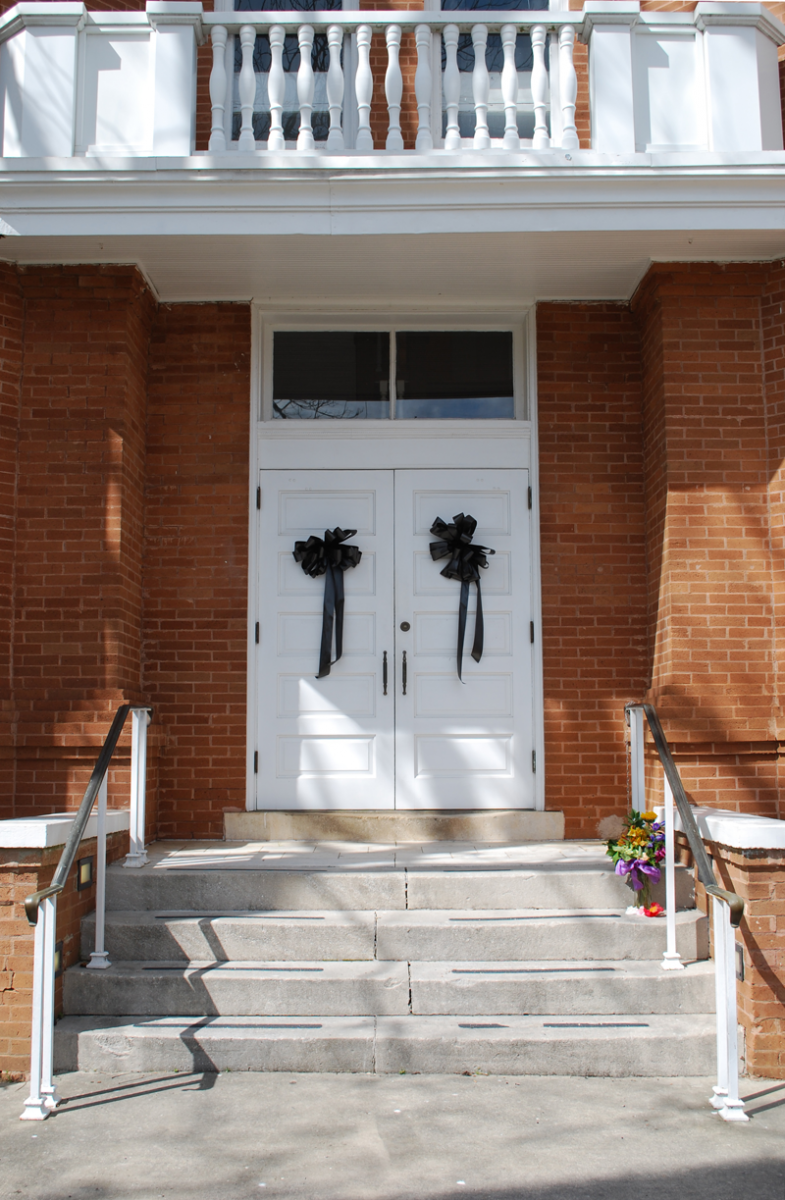 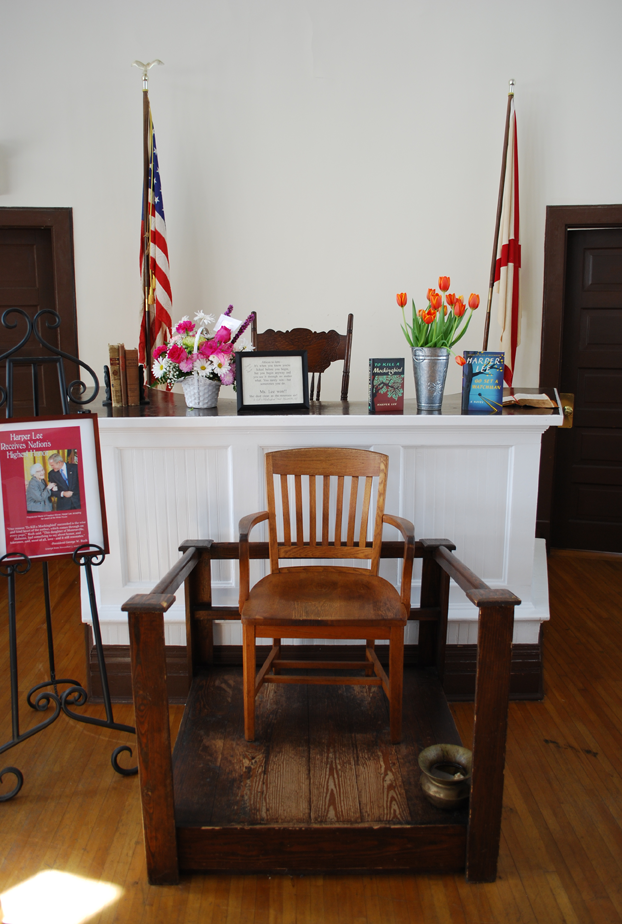 We pull up at the courthouse and find the first sign that something is amiss in Monroeville. Two black ribbons hang from the courthouse door in subtle remembrance, and a single bouquet of flowers sits off to the side of the steps.

Entering the courthouse, we find no mob of media or flock of tourists. Visitors trickle from room to room, but it can't be very different from any other day. Again, the tributes are understated and simple. A basket of flowers sits on the judge's bench expressing the giver's deepest sympathies. A framed note from the cast of the play reads:

“Atticus to Jem – 'It's when you know you're licked before you begin, but you begin anyway and you see it through no matter what. You rarely win — but sometimes you do.' Ms. Lee won! She died clean as the mountain air!” 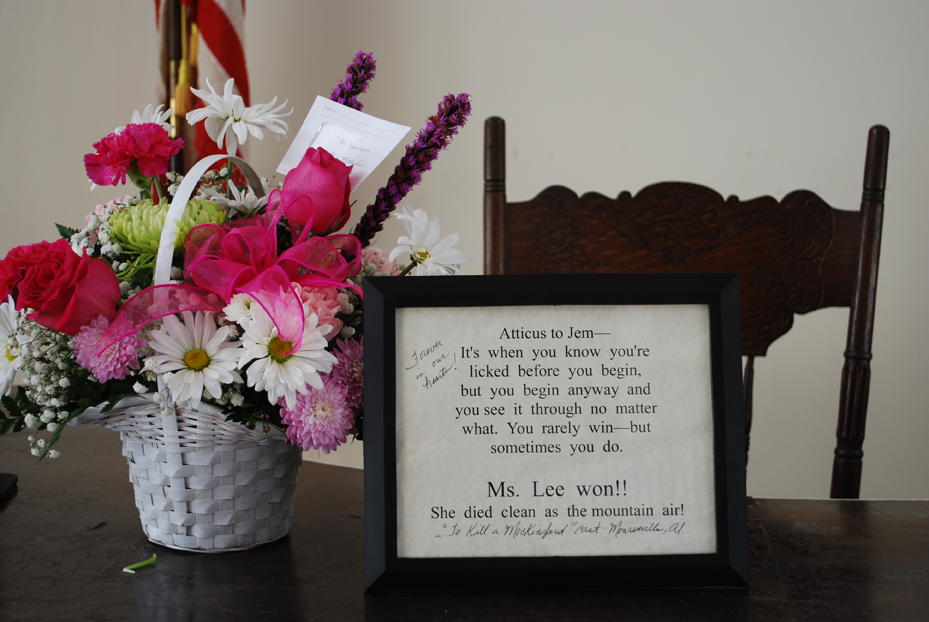 It's here at the courthouse that I find Julian Katz Sr., a proud native of Monroeville who currently lives in Greenville but kindly agreed to meet with me today. He oozes small-town charm and savvy Monroeville knowledge.

“I remember a couple times driving past that Evergreen train station, ” he says while pointing at a picture, “and seeing Nelle and Alice waiting for the train to take Nelle to New York.”

Katz also tells the story of his Jewish grandfather Meyer Katz (who owned a clothing store in Monroeville) watching the Klan burn a cross in front of his house.

“Yes, Honey, it is. But you see those sheets on their backs? They bought them from my store.”

Katz introduces us to the courthouse museum staff, who graciously stay late to speak with my mom, sister and me. One of the staff members is a cousin of Truman Capote's. I ask what the past 36 hours have been like. They tell me that there have been a lot of phone calls from local, national and international news outlets. None of the workers seem eager to be the museum's spokesperson. 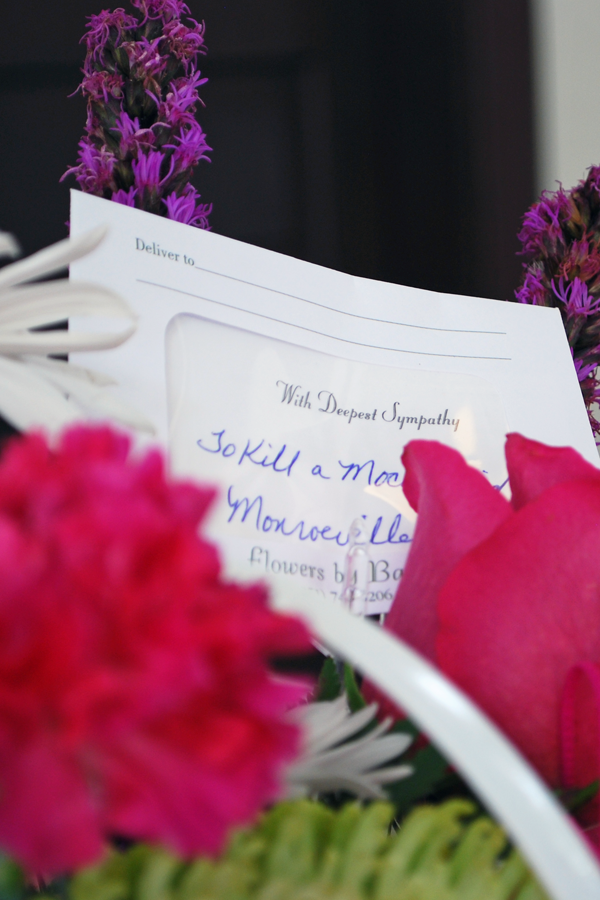 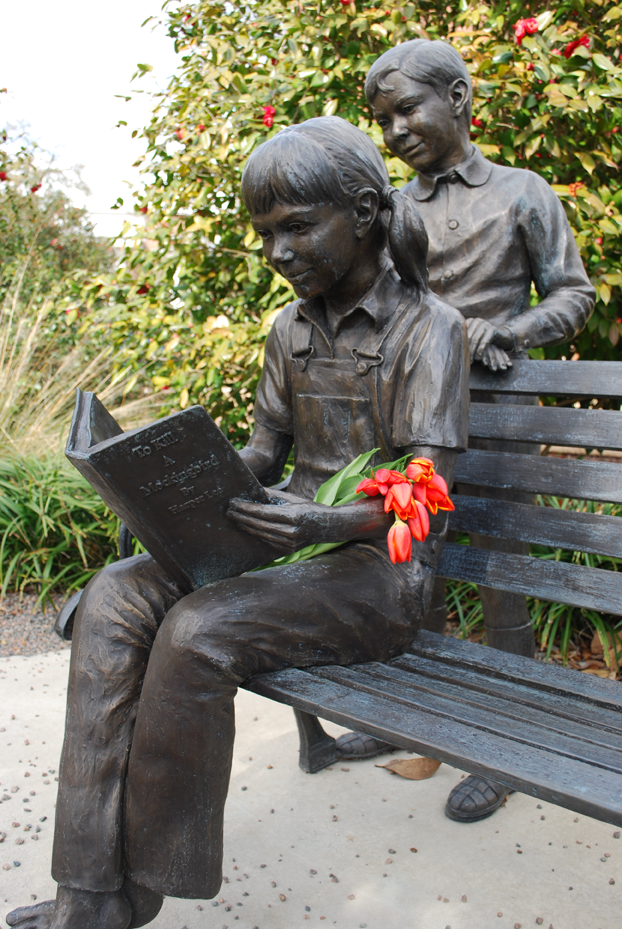 Standing in the main entrance of the courthouse, the museum workers marvel at today's speed of information. “I got calls from international outlets before local outlets, ” one of them tells me. “From Australia, Canada, England…”

For being a small Southern town where gossip is king, though, no one I speak to seems to know the details of the funeral itself. I would later learn that, at a private ceremony held that day, around 40 of Lee's closest friends and family said their goodbyes with little fanfare. Just as Lee would have wanted it.

Aside from the black ribbons on the courthouse door and small tribute on the judge's bench, the town appears to be going through its normal routine. Cars drive around the square and a restaurant worker removes a lunch specials board from the sidewalk. It almost feels like business as usual. Maybe they've seen this day coming and braced themselves against the news.

Or maybe it's the town's final tribute to Harper Lee in a way they know she would have preferred. Quiet and understated, but memorable.